It was much less dramatic than I thought it would be

In March of this year, Free Speech Society were forced to cancel a talk due to safety concerns and extensive lobbying from Bristol University Islamic Society.

Seven months later, Free Speech Society upped their security and invited Emma Fox from the Henry Jackson Society back, to talk about Extremism on Campus.

I went down to the talk, to see what all the controversy was about.

I didn't really know what to expect

I had my ID checked after arriving at a building that I'd never heard of, a little while away from the main UoB campus.

Multiple security guards and a pokey flight of stairs later, I emerged into a mostly empty lecture hall. Five minutes past the supposed start-time and two others came in to tell us about the drama unfolding outside.

A small group of students were staging a peaceful protest outside the building and handing out these notes: 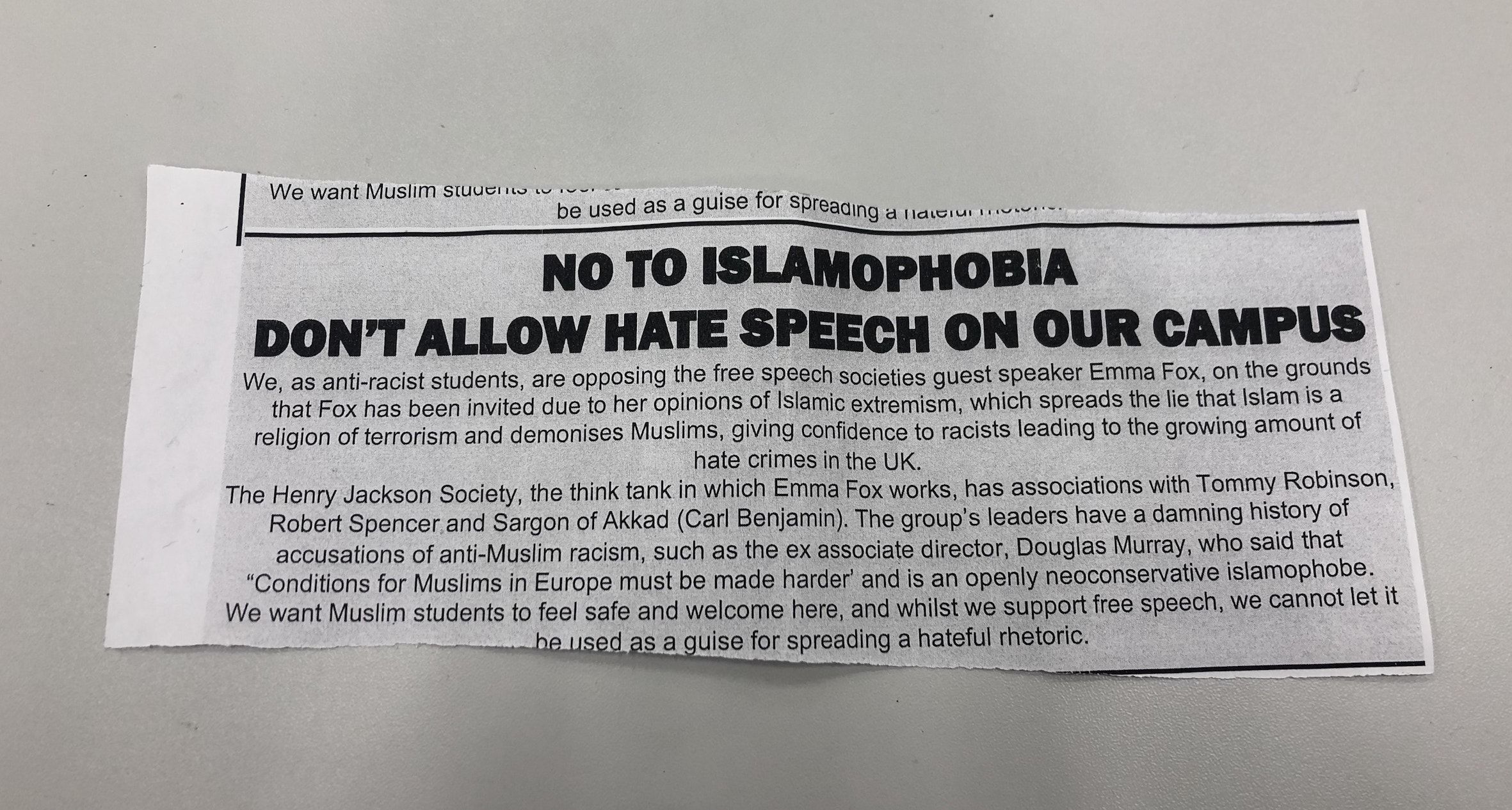 Note handed out by the protestors outside

Were they going to storm the lecture theatre? Disrupt the talk? No one knew. Rumours buzzed around the room.

10 minutes later, the president of Free Speech Society told us that he had invited all of the protestors in to hear the talk but they had declined.

In his introduction, Law Professor Steven Greer warned us that disruptors would be removed by force and reported to the university.

I didn't know what was coming next but frankly, by this point I was terrified

The talk itself wasn't inflammatory, with Emma Fox running through a study conducted by the HJS think tank which looked into extremist speakers and events promoted to students at UK universities in the academic year 2017/18.

According to the report, UoB ranked 10th in the UK for number of events hosted with an "extremist dimension", with four held in 2017/18.

On the nature of the report's content, Fox said "we do very thorough research. We do not label individuals as extreme or linked to extremism without proper justification." 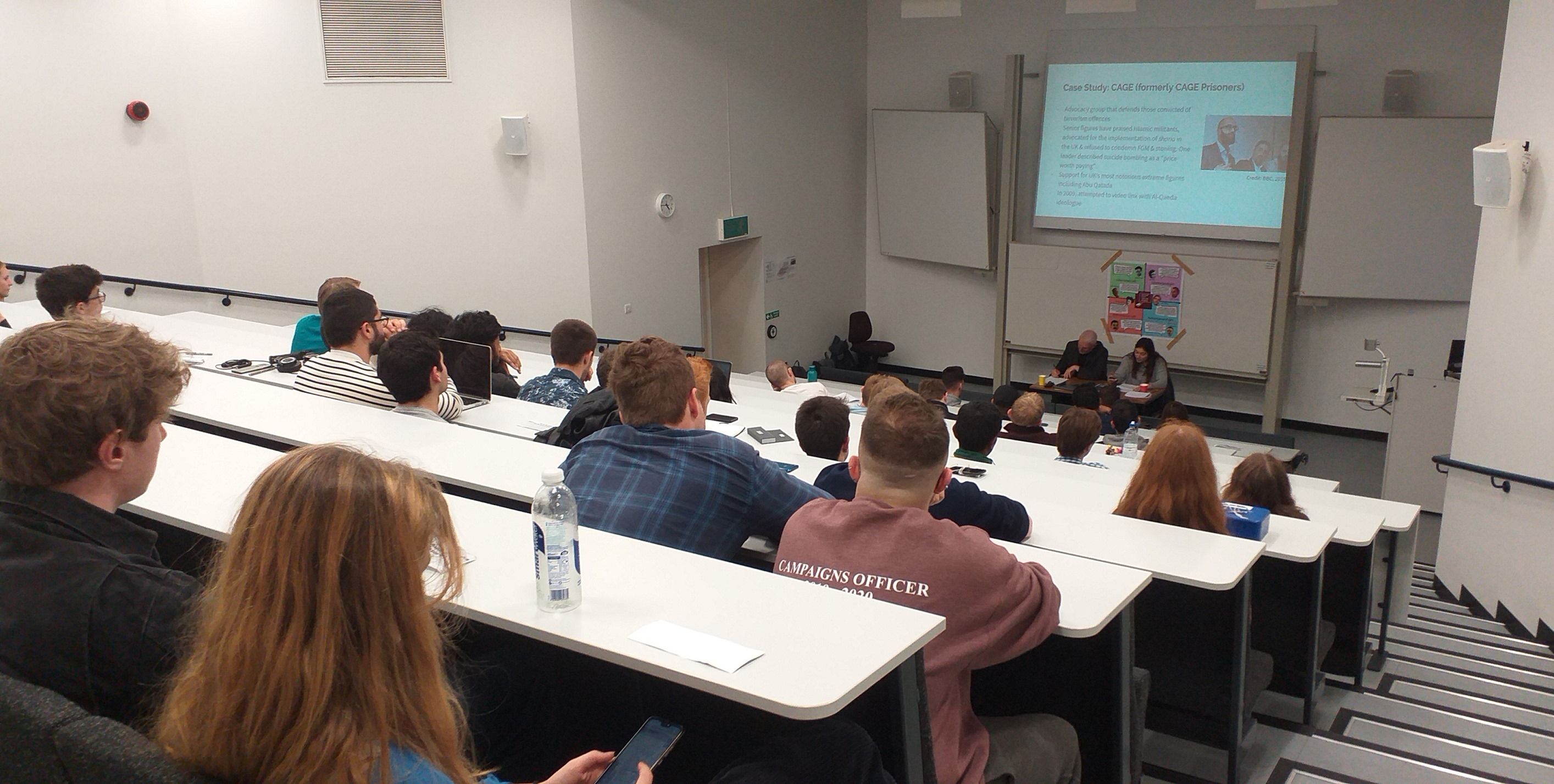 When asked to comment on the note given out by protestors, she said "I don't really want to say anything other than that is completely untrue. It's a baseless smear, it has no basis or justification."

Fox urged protesters to engage. "Come into the lecture hall, listen and challenge me!"

An official spokesperson for the Free Speech Society told The Bristol Tab "We welcome protestors and support their right to free speech. All we can do is invite them in and encourage them to engage respectfully with our speakers. In the future, come inside!

"We invited Fox to speak about extremism in general, not just Islamic extremism. As a society we do not have a political angle and it is our belief that we should be able to hear from many different types of speakers and hold meaningful discussions on all topics."