UoB's Free Speech Society has been forced by the University and the Students' Union to cancel a talk this evening entitled "Extreme Speakers vs Free Speech".

The decision comes after increased pressure from BRISOC (Bristol University Islamic Society), who criticised the event as insensitive in light of the Christchurch mosque shootings on the 15th March.

In an open letter to the University, students voiced concerns over Emma Fox, a member of the Henry Jackson Society think tank, talking at the event. 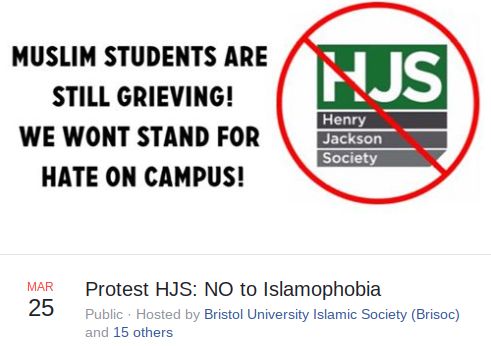 The protest will no longer be going ahead

BRISOC called for the event to be postponed until they had found a suitable speaker from the Islamic community to balance views expressed by Fox. There had been a protest planned to take place before the event outside the Queen's Building.

In a statement on Facebook, Free Speech Soc expressed their disappointment at the University's decision to postpone the event.

"Unfortunately, it is a common tactic by those who oppose the free expression of ideas to characterise ideas they disagree with as hateful. The recent chain of events is a good example of this. 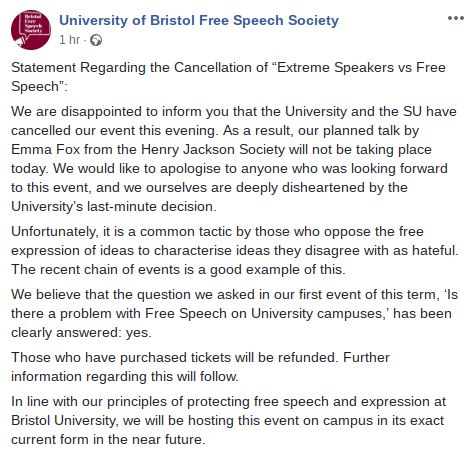 "We believe that the question we asked in our first event of this term, ‘Is there a problem with Free Speech on University campuses,’ has been clearly answered: yes."

The SU released a statement explaining their decision, in which they cited public and student safety as a cause for concern.

On the other hand, BRISOC expressed their happiness at the SU's decision in a Facebook post. They thanked all those who signed their open letter and planned to protest this afternoon. 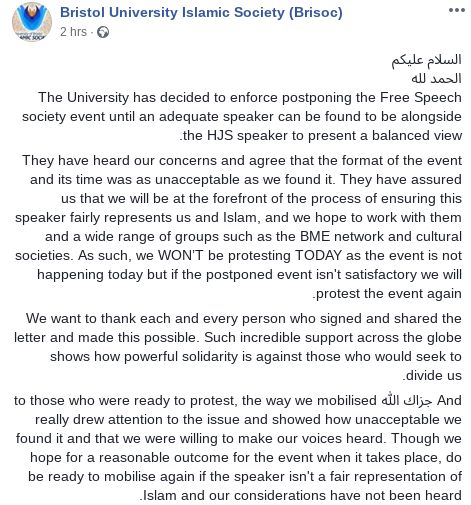 "[The University has] heard our concerns and agrees that the format of the event and its time was as unacceptable as we found it.

"They have assured us that we will be at the forefront of the process of ensuring this speaker fairly represents us and Islam, and we hope to work with them and a wide range of groups such as the BME network and cultural societies."

Meanwhile, The Henry Jackson Society will be live streaming Emma Fox delivering her planned lecture material at 6.15pm this evening and Free Speech Soc will release the link nearer the time.