A considered prediction: How long the Love Island couples will actually last

Frankie and Samira's relationship came to an almighty end when it came out (via video) that Frankie had been cheating on Samira. Saw it coming! So now there are only eight couples left from this series and the clock is ticking for them all (except Jack and Dani).

The winners of Love Island 2018 seem to have gone from strength to strength and are now conquering the reality TV world, without their relationship wavering an inch.

They got together at the very beginning – some would say it's love at first sight, others would say the show's a fix. But either way, their sexless relationship carried them to the end, to a new-found reality of takeaways, club appearances and an additional £50,000 in the bank account. It's hardly conducive to stress and break ups, especially when the whole country is rooting for you.

This leads me onto my next reason. It's monetarily beneficial for the #jani brand to remain together. They will always stay more famous if they stay together and while couples from last year's show have been making the papers over their break ups, Jack and Dani will pull a much more successful version of whatever the hell Jess and Dom tried to do: announce an engagement and get money and fame, then get married and do the same, kids and all the rest of it will follow. Marks my words, they'll be like the Beckhams in 10 years.

@paulknopsie and I again stuck in the rain ☔️ ? we loved meeting everyone tonight. Thank you so much for queuing to see us ?? Best ride hands down was Stelth #loveascream ?

Now, I know the relationship expert said Laura and Paul would be the first to get married, but frankly that's bullshit. You can't claim them "naming their babies on telly" as a reason for them to be together, when Laura was literally talking at Paul about what names she'd decided to call their future children while he sat there with a look of utter disgust on his face.

Don't get me wrong, I know Laura's got her claws in, and I don't underestimate the manipulative powers of a broody Scottish woman in her late twenties trying to lock down a hunky model-cum-carpenter to impregnate her. Hence, I have given them an expiry date of three months from now. This is the amount of time it takes someone to realise if they take the relationship any further they're totally locked in, and in Paul's case, totally fucked.

He's going to see through those crazy eyes and abandon ship, leaving Laura thrice dumped and probably impregnated anyway. But that's just some added drama I would like to see play out.

How can they stay together when he looks like this when he's with her? 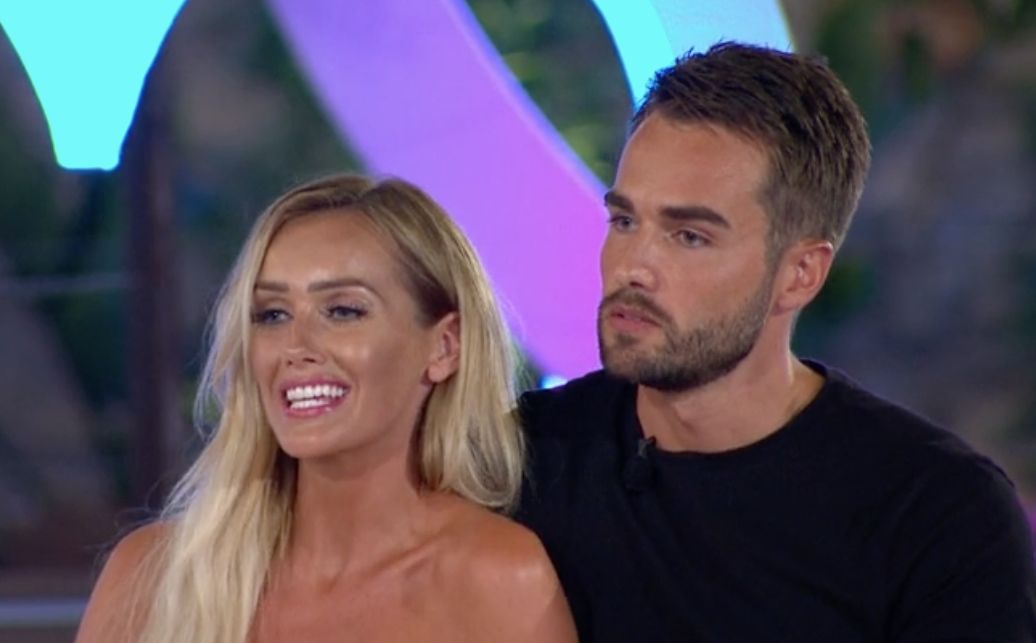 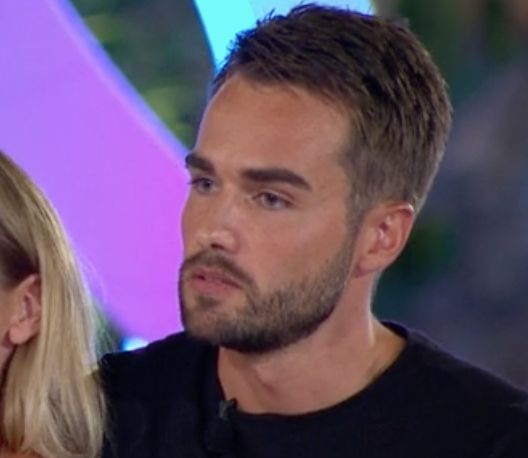 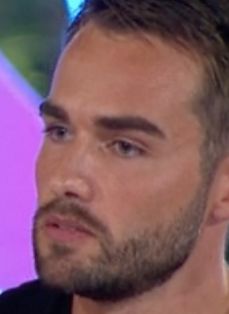 Since leaving the villa I’ve been overwhelmed by the love and support. Words can’t describe how grateful I am to all of you ❤️ It’s been a journey, like any, with ups and downs. But what ups they’ve been. Kaz has made me feel like a school boy again, finding Love has never been so easy. Thank you to the ITV producers for plucking Kaz out of South London and landing her in Casa Amor with me ? Huge congratulations to Jack and Dani, you deserve it. Going to miss spending everyday with my fellow islanders but so excited for what the future brings. It feels great to be back in the UK and can’t wait to take you along my journey. Stay tuned, ya boy Josh Denzel is back and it feels great!!! #Jaz #LoveIsland

They were sickeningly perfect together on the show and have, for all I know, been solid ever since leaving the show. They're both from London so the pressure to move in together hasn't been an issue and they probably see each other a really healthy amount.

So, who's to say they won't last forever like Jack and Dani? Well, me, because I'm the one writing this prediction. So they will last two years. Why? Because they're both really fit (that's why they like each other so much) and two years is the exact amount of time it takes for the sexual spark to fizzle in a relationship. At this point they will break up.

Our weekend away in Scotland was sooo good! ?? • Since leaving the villa we haven’t had much quality time to spend alone away from all distractions doing normal things, so it was nice to finally be able to get some peace at @thegleneagleshotel • A wee spa time was neeeeded! ??‍♂️??‍♀️

I like Megan and Wes, they're genuine, fit and hilariously cute. They like each other, too, which helps. But while she's shooting up into the clouds of real, better-than-reality-TV-fame fame, Wes is stuck doing an enormous club appearance tour and, frankly, he's going to get left behind.

Megan knows what she wants and, sure, she wants Wes. But she needs the fame and the fortune. Heck, she deserves fame and fortune. Anyone who has the balls to spend £25,000 on cosmetic surgery, become a glamour model and be the sexiest woman to ever enter the Love Island villa, or maybe even exist, all the while rubbing it in the faces of her school bullies, deserves all the fame and fortune the world has to offer.

And probably someone a bit cooler and more famous than Wes. Sorry, babe.

Sam and Georgia – One year exactly

Back at the local with my man ❤️ cheers to the future babes ?

What I would really like to stress about this prediction, is that Georgia and Sam will reach their one year anniversary for one reason and one reason only: to prove their loyalty.

Once you reach the one year mark in a relationship, people automatically respect it and assume its legitimacy. And you know what? They think the people in that relationship are loyal. And that's always going to be the name of the game for our Gee.

She was probably the worst person to ever go on Love Island, but I don't doubt her commitment to proving a point.

Ellie and Charlie – One more week

When dessert falls in your lap… ?

Unless you've quite literally be living under a rock or doing a millennial social media cleanse, you will have heard about what's been going with Ellie and Charlie. Their relationship is now what can only be described as "tumultuous".

They went to Monaco, had a great time, partied on boats, you know all the normal things millionaires do. But then they returned to London and just couldn't handle the pressure. Their interview on the Aftersun reunion show got cancelled because Charlie was so pissed, which lead to the couple standing separately in the group photo and they left together. Charlie got pissed again and through Ellie's clothes out of the window of his flat after they'd argued. This is ridiculous and unsustainable. It must end, and it will end.

Just because they got matching tattoos, doesn't mean it's forever. You'd think they would have heard that from other people, but I guess not. Also out to prove a point because of the fuss they've made about their relationship publicly, they will stick at it until around Easter time before Adam inevitably cheats on Zara with another nondescript brunette.

Like Kaz and Josh, this is a very attractive couple. They will properly fancy each other for another couple of months, until they have a fight about a girl flirting with Jack, or Laura going away on surfing trips a little too often. The fight will make Laura cry and once he sees it, he'll never be able to look at her in the same way again. Then the relationship will end.

1) Love Island Gossip Column: Are Georgia and Sam OVER?! And Charlie tells Ellie he doesn’t love her

2) I’ve got a text! Oh wait, it’s the Love Island Clubbers of the Week