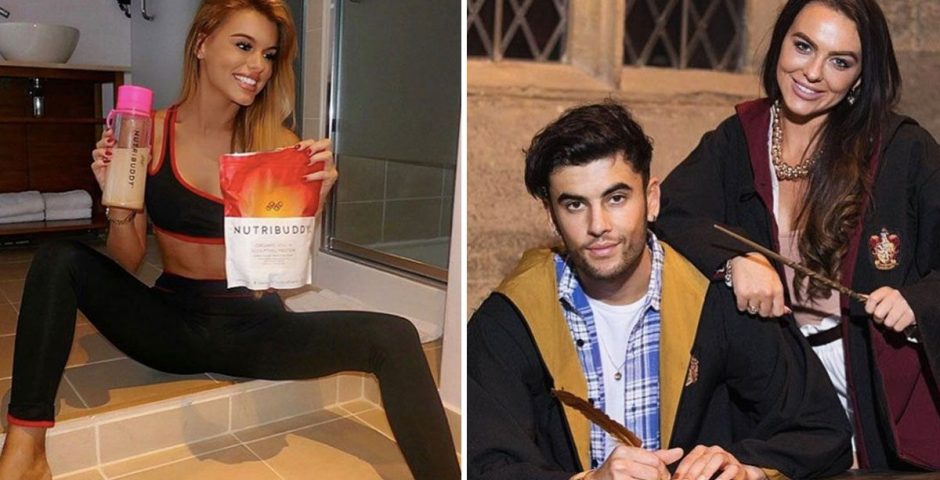 They’ll do anything for the money and tbh same

It was an anti-climatic end to Love Island 2018, with Jack and Dani having to decide whether to steal or share the £50,000 prize, when in truth this £50,000 is a drop in the ocean compared to the other money they'll make outside of the villa.

The islanders dumped during the show have had a solid head start on snapping up lucrative Insta sponsorship deals, with varying levels of tragicness.

The burning question is which islander has stooped the lowest so far in terms of selling anything and everything as they desperately cling on to their new found, and eventually fleeting, fame? We've done some digging and found a selection of the most tragic. Enjoy.

Most Islanders will be teaming up with protein shake companies or high street fashion brands to make their post-villa cash, but not Idris.

What has Idris agreed to try and push to his 58,000 followers? A car and van hire company based in Birmingham and Wembley!

Massive thanks to my sponsor @wysecars for hooking me up ?? Quality service from these guys every time. The number one place for car and van hire ? – Give them a look ? – Wyse Cars 18+ Car Hire www.wysecars.com 0208 004 0012

I'm vaguely aware there's some sort of Love Island thing currently going on at Thorpe Park, a few of the ex-Islanders seem to have been spending time there, but no-one I've spoken to can actually explain exactly what it is.

It seems to be some sort of meet and greet thing, like a big ol' human zoo. Fans turn up to watch Adam frolicking about in the pool, they chuck pieces of bread at him for sustenance and in return Adam says "I'd be lying if I didn't say that was a very delicious morsel of bread." The people continue to turn up and throw bread at Adam, it has zero affect on his six pack.

Throwback Thursdays at @thorpeparkofficial with Frank the Tank. At least we got Gin and Burritos around the fire pit this time. Eeyyyy @frankiefoster3

Meal replacement and supplement shakes are standard stuff for sponsored Instagram posts. Rosie has taken it a step further, however, and has decided the best way to try and ship vegan powder to the masses is to pose outside on her garden furniture and describe what a pleasure it is to eat cake mixture for breakfast. Yum indeed!

…I've always struggled with making time for breakfast & would normally go to work without eating at all! I was recently advised to try the breakfast shakes from @nutribuddyuk. they only take a few seconds to mix up & are completely healthy! I also think they taste like cake mixture – yum!! 10% discount with the code – ROSIEJULY10 #nutribuddy #ad #breakfast

A hotel in Mallorca

But no, it's Rosie from Love Island 2018! Giving away her precious time to hordes of adoring fans. Stooping down to great 'them', the 'people', all at the behest of a hotel in Mallorca. Global warming can't come soon enough I say!

…it has been soooo lovely meeting you all today at @bhmallorca – hope to see all your beautiful faces again soon!! ?

Judging by the intimidating walk at the start of the video below, you'd assume Kieran had finally tracked down the barber who'd given him the deadest trim in the history of British reality television.

But no, he's visiting a health café, crying into some protein pancakes thinking about where it all went wrong (again, it was the haircut).

Had such an amazing time tonight down @powerofhealthcafe , what those guys are doing is incredible and something I’m passionate about, creating guilt free amazing tasting food , from deserts to savory bites to Thai dishes you name it these guys are doing bits , make sure you check them out.. – #powerofhealth #live #longer #health #lifestyle @y14nny @yiannimize ?

Yeah, Niall was one of the best Islanders. Honest, a good laugh and just completely himself during his time in the villa, and speaking so openly about his mental health when he left the show, which will no doubt do a lot of good.

Fair enough, I guess, exploiting your 'interests' to get Instagram cheques from Warner Bros and JK Rowling, but I pray Niall donated the fee to charity after using the frankly bilious #chamberofgainz and #hufflebuff in the post.

Kendall is known to enjoy a gamble after ditching Niall for Adam way back at the start of the show, until she got ditched by Adam for Rosie…and the list goes on and on.

What's more natural than leaning topless against a brick wall, abs glistening, and tucking into a big bar of Cadbury's?

Tbh I think my face says it all tbh!! Chocolate has a strong place in ma heart ❣️ Dairy Milk Whole Nut is one of my favourite chocolate bars so I entered my own Love Island inspired bar for the new Cadbury Inventor campaign. Get involved too to win the chance of having your bar on supermarket shelves!! #dairymilk #ad #dairymilkwholenut @cadburyuk

While many of the Islanders will be setting off to a variety of regional hometown clubs for appearances and meet and greets, this one is particularly special.

Alex Miller (the glasses one who was on the show for about ten minutes) will not only be doing a meet and greet but also DJing at the o2 Academy in Newcastle with two YouTubers.

Take a minute to process all of that information and then lean your head back and laugh and laugh and laugh. This is the state of society in 2018, if you don't laugh you'll cry. My main question is was he a cheaper booking without his trademark specs?

Honestly, I just want to know what GBK paid for this post. Is it a four figure deal or does Zara just walk into GBK randomly and say "look, if you give me a free lunch I'll post about you lot on my Insta".

Oh, what's this? What's this thing on my wrist connected to my hand that is holding my neck in a very casual, carefree manner? It's a watch. A very manly watch. A very manly watch from a brand called Lord Timepieces. Why have a watch when you can have a timepiece. Better than that, the lord of ALL timepieces. Lord Timepieces slogan is "Dream big. Set goals. Take action.", which I think is a roundabout way of telling you to buy a watch – sorry, timepiece?

Hangover o’clock⌚️? Who else partied a little too hard last night!? Fresh new watch from @lordtimepieces ? use the discount code ‘frankie10’ when shopping with them! #LordTimepieces

Charlie Frederick, a man visibly confused by a buttoned jacket, who may never have actually worn a suit before in his life, is now flogging them through Instagram. Don't let anyone tell you what you can and can't do. Dream big, learn how to get dressed all by yourself, take the world by storm.

Any of you lovely lot going down to ascot tomorrow for ladies day?! If you are – hit me up. Suited – @harvieandhudson ? booted – @josephcheaney ? #royalascot #loveisland #ladiesday

Long after humanity has wiped itself from this Earth, aliens will discover our planet and try to piece together what we were like as a species. They may come across this video and think this is an example of human beings smiling, this would be incorrect.

Having a lovely night at @badoo ?