What’s Adam done on Love Island? Here are the best theories so far

Everyone already knows that Adam is the absolute worst in the villa, even if he is annoyingly good looking. But it seems that being toxic towards Kendall wasn't enough, because he has decided to go and stoop even lower in last night's episode preview.

LOOKS AS IF ARROGANT ADAM IS ABOUT TO BE EXPOSED AS THE OILY SNAKE HE IS, OHOHO TOMORROW CANT COME SOONER #LoveIsland

The 'next episode' teaser showed Georgia telling Rosie a big secret about Adam, to which she responded: "Are you being serious? Oh my God."

Later, Rosie confronts Adam in front of the whole group saying: "Do you want to tell me something today, that you didn’t have the balls to tell me before?" 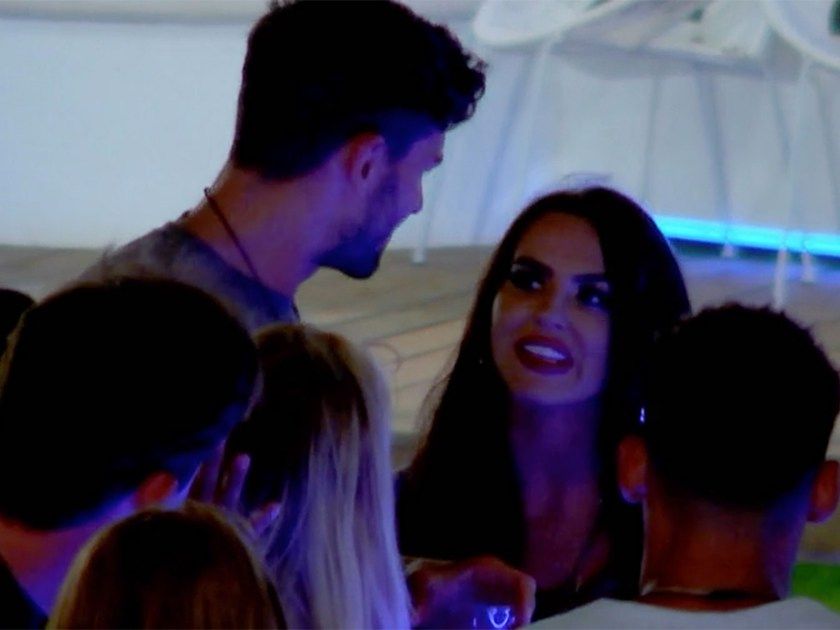 And honestly Adam looked so shook because he clearly didn't think he was going to get caught out.

But what did he actually do? What could elicit that kind of reaction from the entire villa? People are desperately trying to figure it out before the episode airs tonight, so here are the best theories about it:

Adam tried it on or got with Megan

Conspiracy theorists are suggesting Adam's bruised ego may have pushed him to stick it on Megan, Love Island's newest female contestant and glamour model. And he may have done this in several ways.

We all know he loves texting, so maybe he's been sending cheeky texts to Megan while Rosie has been away or sleeping at night. Or maybe Adam has been going round the villa, telling people he's bored of Rosie and wants to get it on with Megan.

My theory is…. Adam's ego couldn't stand that Megan didn't pick him for a date, so he has tried it on with her and to Adams surprise not everyone on earth fancies him so she turns him down and, like a good egg, Meg gives Rosie a heads up ? #loveisland

Or even worse, maybe Megan and Adam have actually secretly got with one another and it's all about to come out.

Think about it, what could upset Rosie more than Adam trying it on with anyone else? Adam regretting his decision in picking Rosie over Kendall!

prediction for tomorrow night: Adam told someone he wishes he picked Kendall instead #loveisland

If someone who was interested in you, expressed regret in getting with you, that would make you feel reaally shit.

Yeah I just quote tweeted myself, but only because I back this theory.

Another theory is that he's actually way older than he says he is. I mean it is unbelievable that he is so stacked at the young age of 22.

CONSPIRACY: Adam’s finally told everyone he’s about 30 and not 22 and she’s just really pissed off #loveisland

Though this has been proven to be false, as his birth certificate really does say he is 22-years-old. He was born on October 26th in 1995.

He has a girlfriend on the outside

Others are pretty certain that Adam has a girlfriend on the outside, but conflicting sources are saying the pair stopped dating before he went on the show.

I’m calling dibs that Adam has a girlfriend on the outside. #LoveIsland

But if they only broke up last month, does it mean he didn't tell her about his Love Island application until the very end? Is that the big secret?

Regardless of what it actually is, it's bound to be earth-shattering and this is going to be everyone at 9pm tonight:

Me tuning in tomorrow to find out what dafuq Adam has done #loveisland pic.twitter.com/WoeH7IeIfv