Love Island Gossip Column: Are Eyal and Gabby hooking up? Plus Frankie was with TWO girls that night!!!

Eyal and Gabby would have VERY attractive babies

Ellie is angry about Charlie's drinking habits after he gets too drunk to do an interview with her on the Love Island: Aftersun reunion show

It's been clear that they're going through a rocky patch, after Charlie was spotted throwing Ellie's clothes out of the window of his flat in Fulham when he was drunk. But it's now been revealed that Ellie has had enough of her boyfriend's drinking.

Charlie reportedly spent the day of the Love Island: Aftersun reunion show drinking pints and tequila with Frankie. According to Charlie: “Me and Frankie had an absolute ball that day. We met in a pub and had a few jars and decided to go shopping and thought it would be a great idea to wear the same outfit to the event. Turns out the producers weren’t too happy.”

A source told The Sun Online: “He had been boozing all day with Frankie. Charlie and Ellie were supposed to be doing a slot on Monaco. He was made to sit and drink tea and eat sandwiches for a few hours to try and sober him up.

"In the end they cut the slot and took the microphone off them. Ellie was upset because he’d ruined their opportunity. He was a massive liability and out of control.”

While he was on Lorraine yesterday, Dr Alex spoke about rumours that he and Caroline Flack could spark up a romance. He said: "Caroline's brilliant, she's absolutely lovely. I can't see a future for us together. Sadly I don't think she'll recouple with me, but one can always dream."

The main reason it won't work out thought is probably because he's too scared to talk to her.

But not to fear, the doctor might find love yet at his management agency

According to gossip email column Popbitch, Dr Alex has signed up to James Grant Management, the same talent agency as Ant and Dec.

Dec married his James Grant manager and Ant is currently dating his PA from the same company. Maybe there is love after Love Island.

Jack and Danny Dyer get a takeaway

Danny Dyer and Jack picking up a takeaway together is the best photo i’ve seen all day pic.twitter.com/iK1vF0Z2ih

In the latest instalment of the Dyer-Finchams being extremely cute in front of the paparazzi, Daddy Dyer and his future son-in-law are pictured picking up a takeaway to bring home. This is wholesome content at it's finest, just look how happy Jack is to be in the car with his hero.

Frankie has now come out to say he was "silly" to sleep in the same hotel room as TWO other women and "didn't think" of Samira at the time, according to OK! Online.

Frankie says they are "fine" after cheating rumours spread. He said: “It was a silly thing to do. Anyone with a girlfriend knows it's not a good idea and it's not a nice thing to do.

“I didn’t put her in a very comfortable position and it’s not that I have done anything terribly wrong but it's the fact I haven’t thought of her in that situation which I think wound her up.

“It’s the fact I haven’t thought shit maybe she wouldn’t want me to do this, so even if I am not doing it, it's going to look bad.

Frankie reveals he doesn't want to move in with Samira

I swear these two must be on the rocks. Frankie has now come out and said he doesn't want to move in with his girlfriend Samira yet, as if they were in a normal relationship that didn't start on a TV dating show, they wouldn't have been together long enough to move in.

"Everybody asks me 'why aren't you moving in together' but I am only 22. I've got loads of friends with girlfriends I don't know one person that lives with their girlfriend so we don't have to be inseparable.

"In a real relationship you don't do that and I am quite happy we are not pressured to do so. She lived in London before, her mum lives in London so we have been staying at her mum's.

"It's good because we do jobs that mean we will stay in hotels, other times we will stay at her mum's and it's worked out quite well, because everything we are doing now media wise is in London. It should work fine I think."

Meanwhile, Laura is looking at flats in London to be closer to Paul

Runner up, Laura Anderson is reportedly going on a "never ending apartment hun" in London as she wants to be closer to Paul, proving the couple definitely aren't "on the rocks".

Getting ready in this amazing hotel @parkplaza for my never ending apartment viewings today. Wish me luck ???? #movingtolondon #bigthingsarehappening #watchthisspace

The boys had an official DBS meeting this morning

Adam Collard posted on his Instagram story this morning, before Love Island: Live at Excel in London, which is being attended by the full cast today. 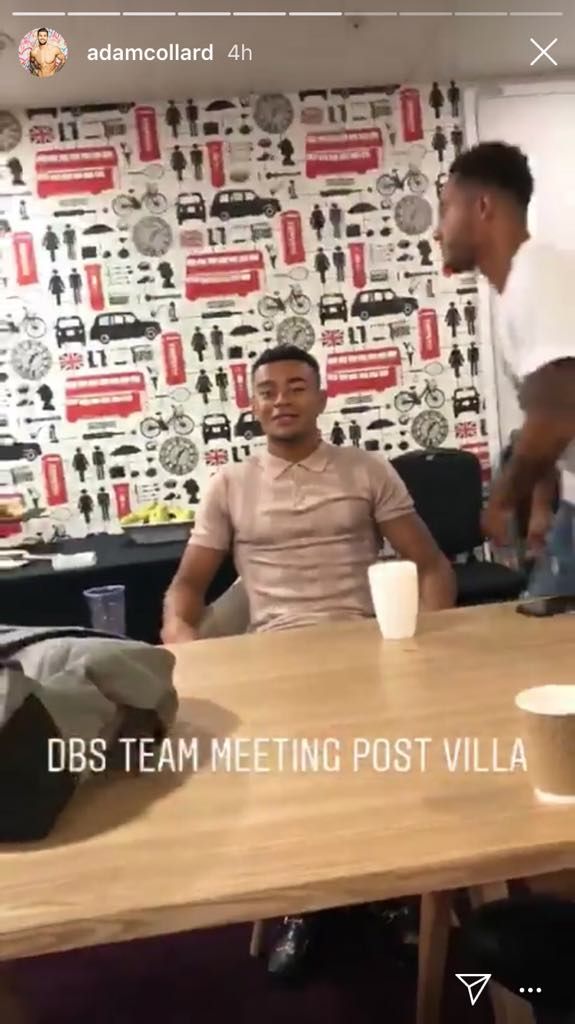 The boys from the Love Island cast came together for what Adam called "DBS TEAM MEETING POST VILLA". 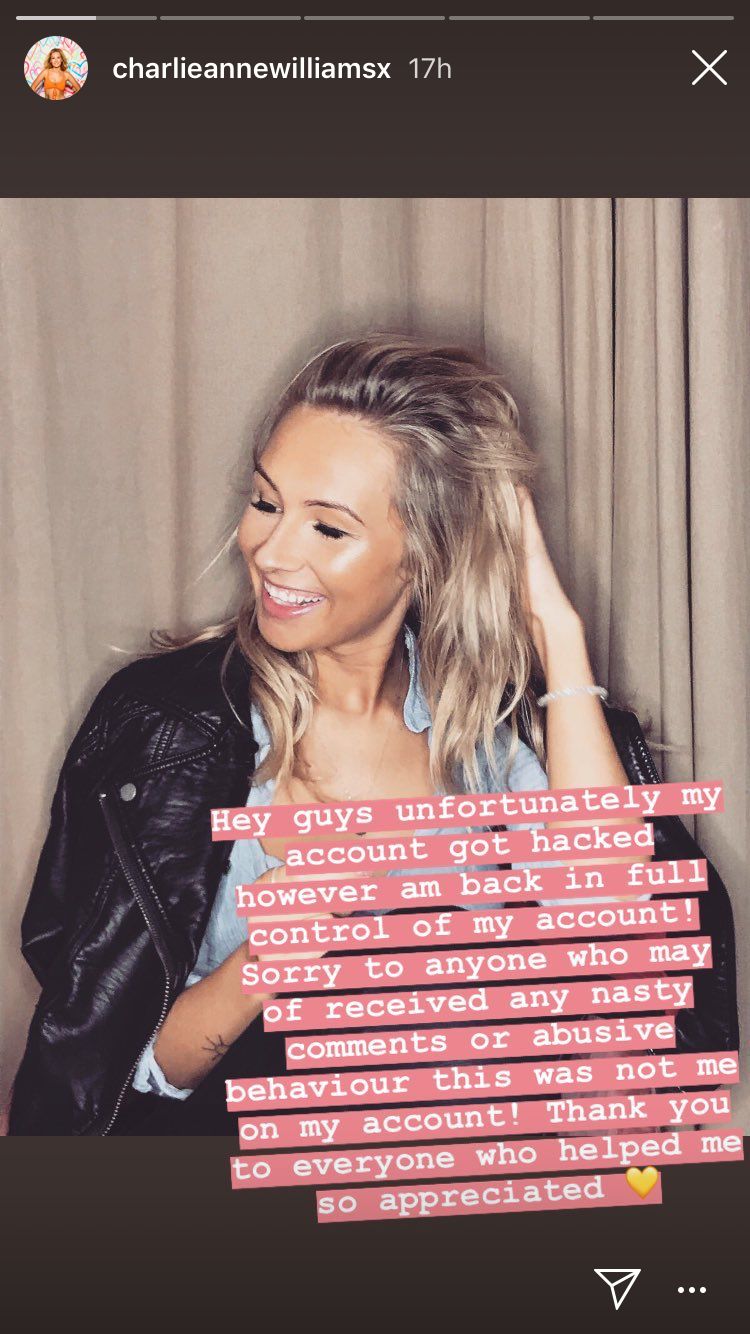 She posted this on her story to warn people

After posting on her Insta story about it, that wasn't enough for people to trust that this, this person off the telly, is the real Charlie Williams, so she posted another story encouraging her friends (and fans?) to share that Insta story. 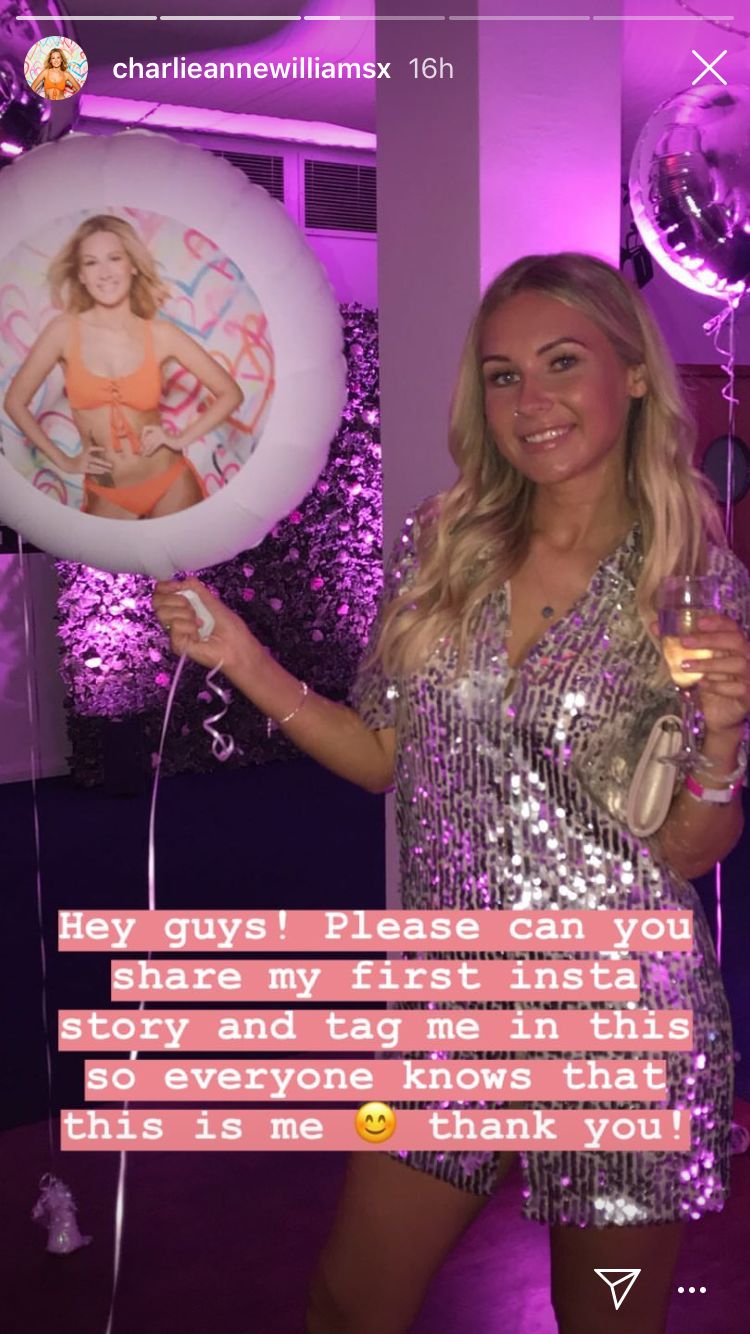 Both confusing and tragic.

A bunch of the Love Island cast member went to see Gorgon City live last night a, and even got behind the decks! But the most amusing part of the night, for me, was Frankie looking like a boy from Surrey going to his first proper night in Manchester the week after Freshers' 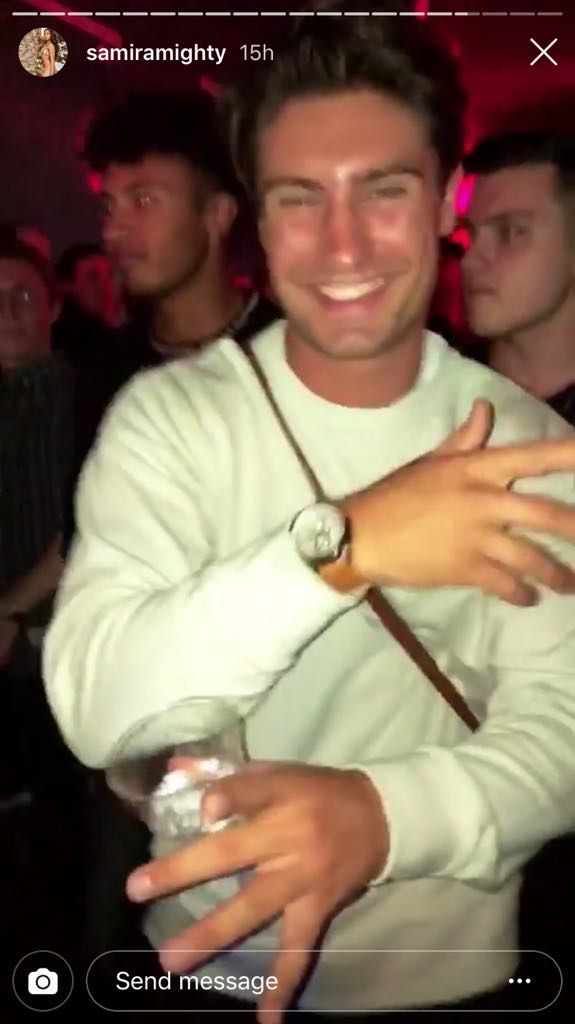 In a shock decision from fourth place Megan Barton-Hanson, she has pulled out of the public appearances she had booked, losing out on thousands, according to The Sun.

Meanwhile Jack did his first ever club appearance

It was at Romford Atik and everyone looked really excited to be there. 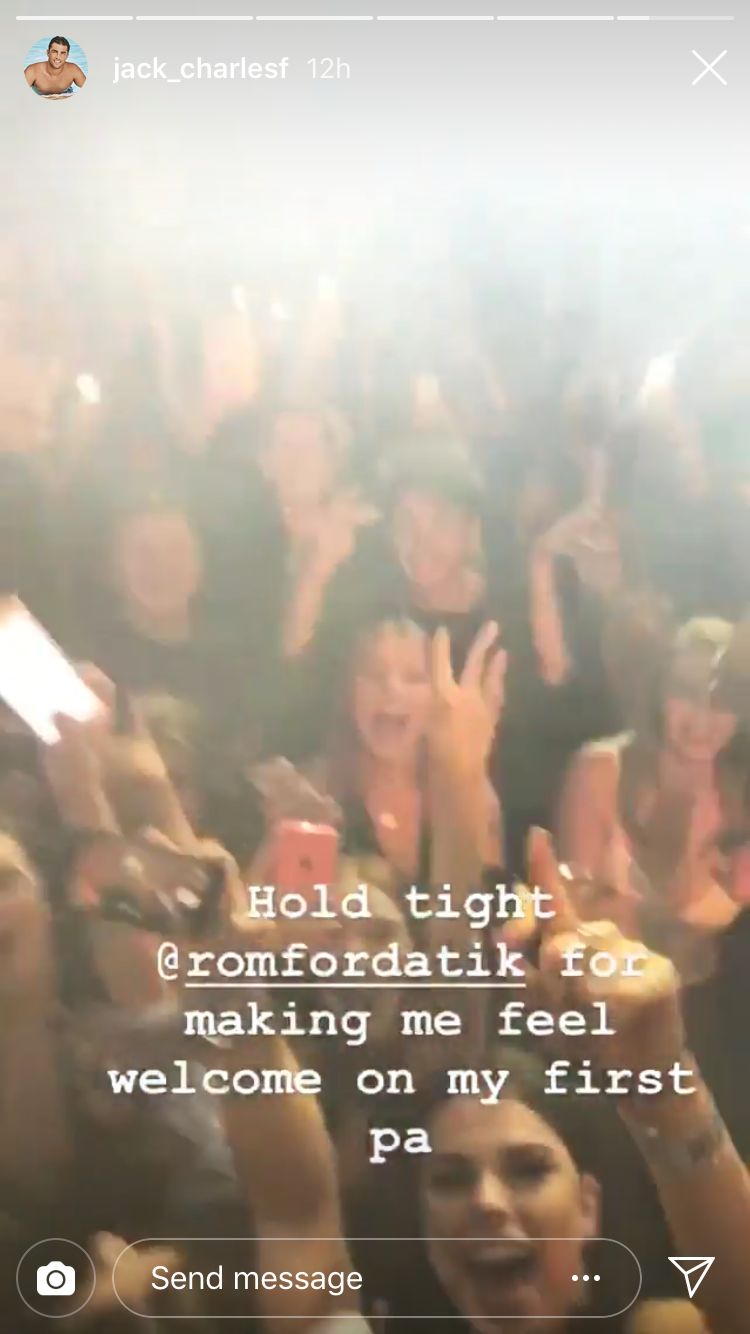 While Megan has decided the PA life isn't for her, Wes and Adam have really embraced it. Their whole tours will be making them £280,000 and £305,000 respectively.

Stand in host Anne Diamond asked the former Apprentice star to set the record straight about his relationship with Caroline Flack, to which he responded: "I am dodging your question.

"My private life is private and that’s what I’d like to keep it as really.

"Relationships can be hard and when you’re scrutinised in the public eye, they’re somewhat even more troubling but yeah I’m keeping my private life private obviously."

We can confirm Jack Fowler does not like Donald Trump, or his supporters

Good morning everyone, except those who support @realDonaldTrump

1) How long the Love Island couples will last, according to a relationship expert

2) If you thought Megan’s surgery transformation was wild, then WOW look at Ellie’s!!!

3) Laura quit the villa THREE times, slept on the beach and chain-smoked 24 cigarettes