11 Warwick University students have been temporarily suspended after making rape jokes in a group chat.

Screenshots obtained by The Tab and The Boar show the boys discuss raping a group of female students they know personally.

The Tab has now also identified the three boys responsible for making the rape jokes in the group chat.

"Rape her friends too," one student said, with another replying: "Sometimes it's fun to just go wild and rape 100 girls."

The next message reads: "Rape the whole flat to teach them all [a] lesson."

Since this morning, The Tab has seen even more messages from the chat, which can be seen here.

LATEST: We have named and pictured the men behind the Warwick rape jokes groupchat 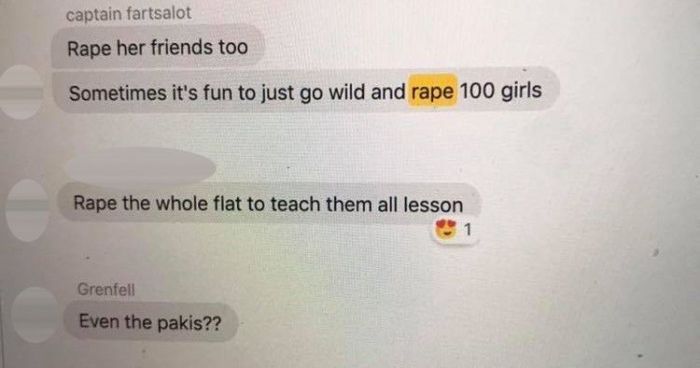 The group chat also includes racist and anti-semitic messages, such as "love Hitler, hate n****s and jews and Corbyn."

In another message, one boy discusses raping a girl from his flat "in the street while everybody watches". Another boy says this "wouldn't even be unfair." 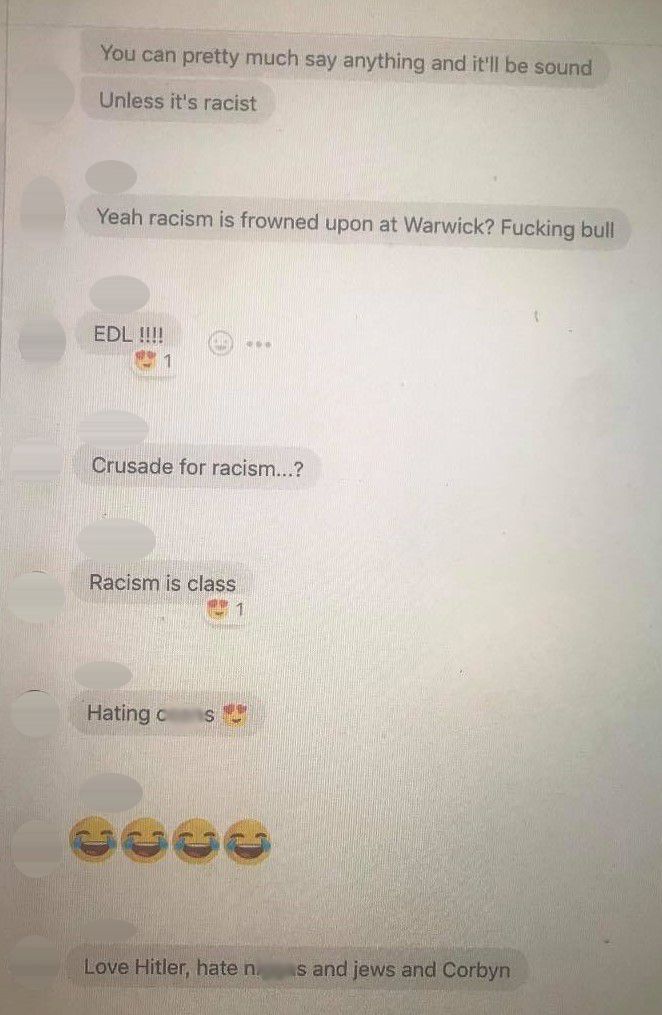 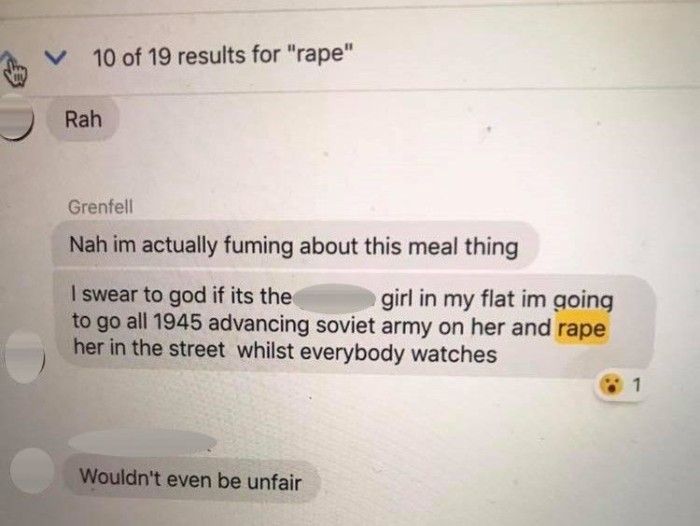 Three formal complaints were made to the university and 98 screenshots of the group chat were submitted as evidence.

The Tab understands that of the 11 suspended students, many of them hold senior and exec positions in academic and sporting societies at Warwick.

The Tab contacted Warwick University who say they are still investigating and, "cannot comment further on this matter until those investigations, and any subsequent disciplinary processes, are concluded."

The screenshots also show the chat was at one time named "Fuck Women, Disrepsect them all", and the nicknames of several members include "Grenfell" and "Taxi Jew".

In another exchange where the group discuss girls at their uni reporting sexual assault, one member says: "Why is it always the moany fucks who have things happen to them." 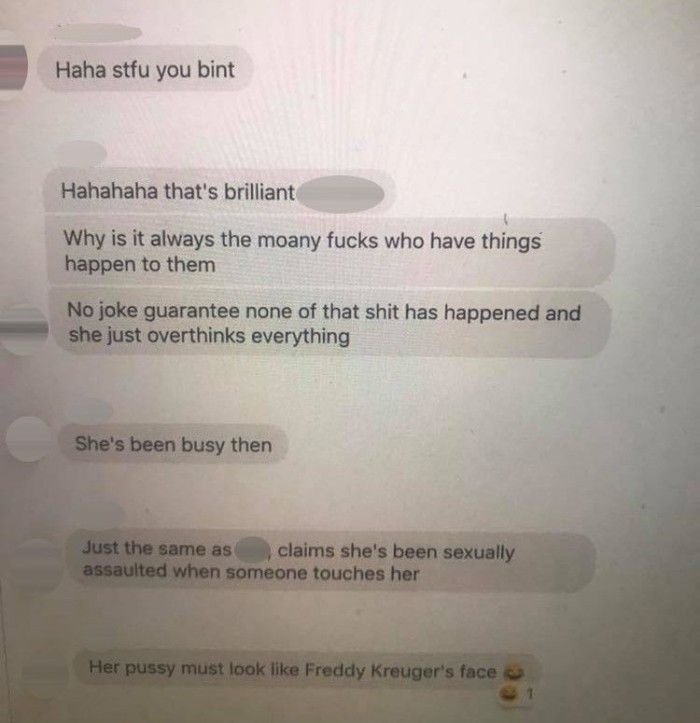 In further screenshots, a member of the chat can be seen to ask, "what do we do with girls?," before responding to his own question with "RAAAAAAAAAPE." He also makes several references to rape including having "surprise sex with some freshers" and also discusses having sex with a member of Year 10.

In another screenshot obtained by The Tab, one of the boys says a girl the group knows is "simply not attractictive enough for all of those things to occur to her." 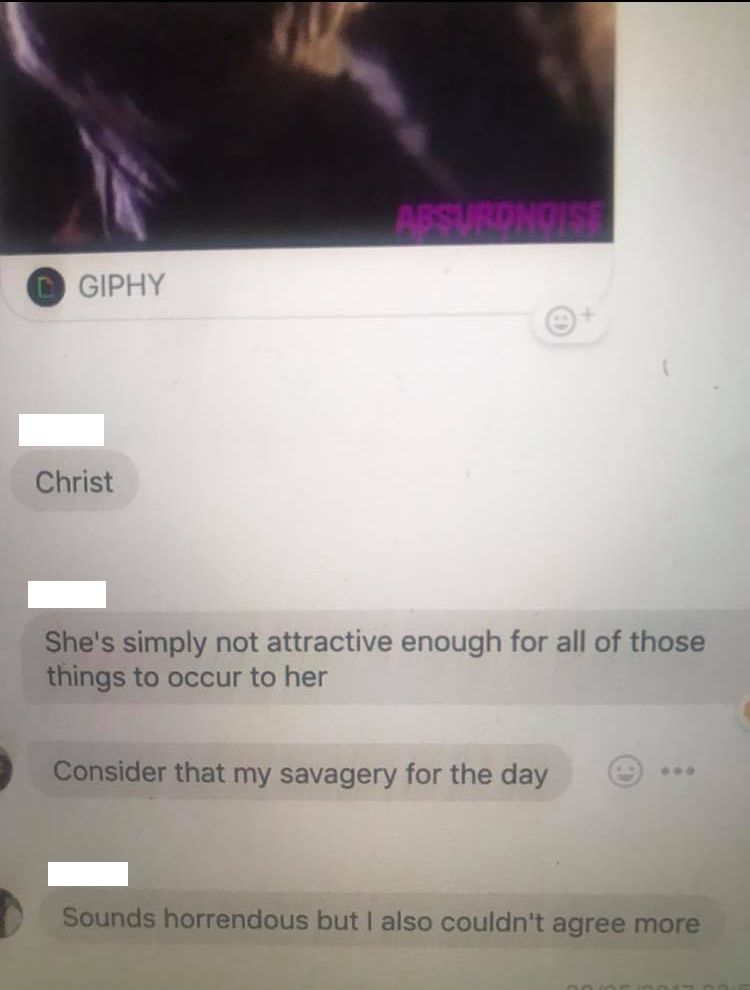 The individuals also discuss which female they would most like to "double foot", with one chat member stating that the female "deserves hair straighteners on her flaps". 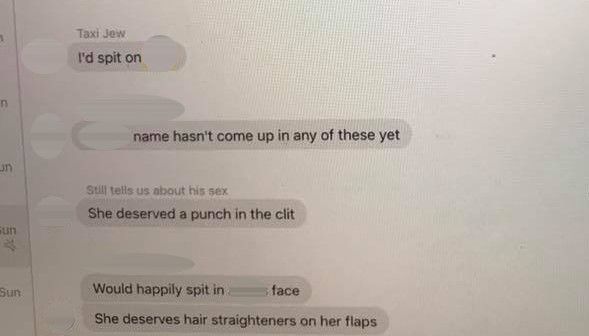 Two members go on to discuss another female individual, who's anonymity has been preserved. They then go on to mention Derrick Bird, who killed twelve people and injured eleven in a shooting spree in Cumbria, 2010. They also make reference to Josef Fritzl, who kept his daughter captive and repeatedly raped her for twenty-four years. 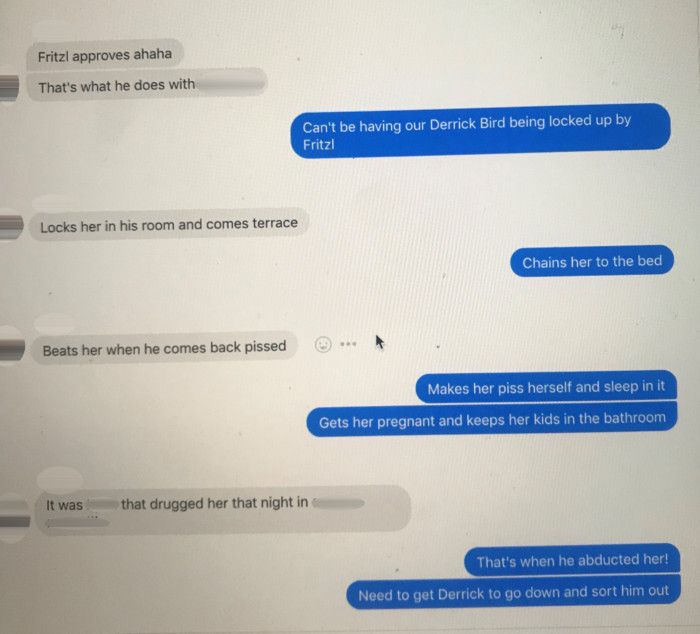 While the investigation into this is still pending the boys in this group chat remain temporarily suspended from University.

More articles about this story:

• ‘She looks like a rape victim’: Here are even more rape threat messages from the Warwick boys group chat

• ‘I have never felt more threatened’: Girls at Warwick speak out against the boys group chat

Named and pictured: The Warwick boys who made rape jokes in their group chat

How to get 1,000 Instagram followers, by people who’ve done it