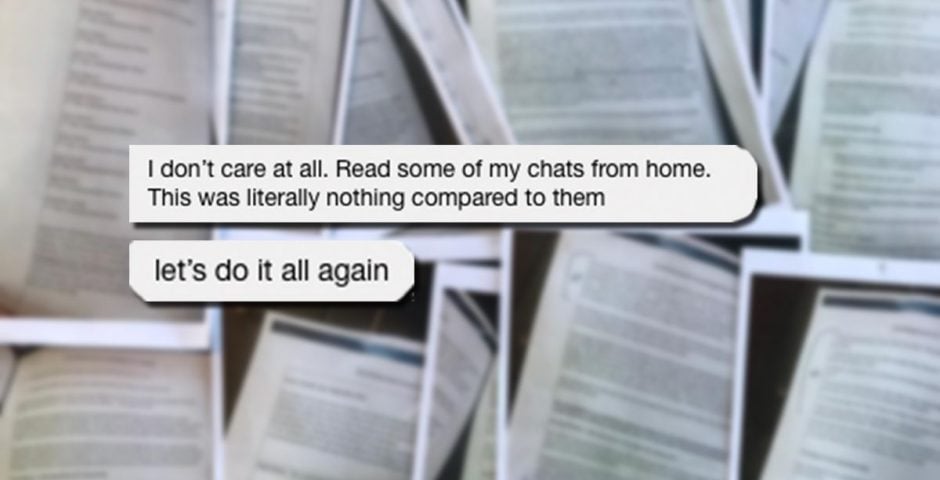 The second chat, created after the first one was leaked, was called ‘Boys 2.0’

“Let’s do it all again” was one of the many messages sent down a second group chat with the 11 Warwick students who were suspended for being in a group chat where rape threats against fellow students were made.

A leaked investigation report obtained by The Warwick Tab details how some of the boys showed little remorse for the original Facebook group chat, which was exposed in May last year.

As reported by The Warwick Tab in October, it has been confirmed four of the boys originally punished will be returning to campus in the next academic year. Two boys who were banned from campus for 10 years have had their punishments reduced to a one year exclusion.

The confidential report reveals information surrounding the university’s investigation into the Warwick boys group chat, including interviews conducted with all 11 students and the university’s deliberations on the severity of disciplinary action to be taken against each student.

In the second group chat named “Boys 2.0”, one boy who previously made statements such as “sometimes it’s fun to go wild and rape 100 girls” and “cannot wait to have surprise sex with some freshers” in the original group chat, said “let’s do it all again”.

The report says the boy showed “little evidence of any real contrition”, even though he claims to be “a changed man” 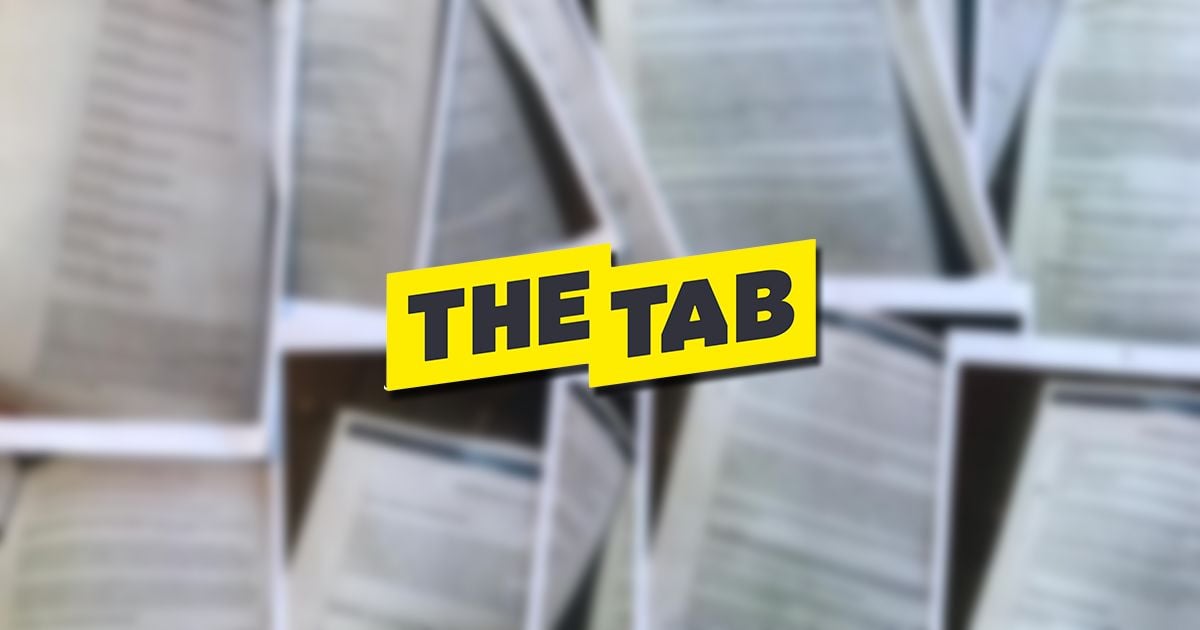 Another student, Josh Smith, who said “Love Hitler, hate n****s and Jews and Corbyn” in the original group chat, justified his comments in the second group chat, saying: “I just don’t believe for a second we are any worse than any other lads or girls group chat” and “…Read some of my chats from home. This was literally nothing.”

Talking about the messages in the first group chat, he also said: “Who cares” and “did it go too far tho – I disagree.”

The main findings in the confidential investigation report were:

• The second group chat was created shortly after the first one was discovered but weeks before the screenshots of the chat were leaked to The Warwick Tab.

• Within the second group chat, some of the members complained about the deletion of the initial group chat and showed little remorse for what had been said.

• The second group chat contained further “deeply misogynistic” posts, which only one member directly objected to.

• Some of the male students admitted to the university they only participated in posting the offensive material as they felt it was the “only way to sustain friendships with the other students in the group”.

• The university became aware of the second group chat’s existence after one of the 10 members of the original group chat revealed it to them. 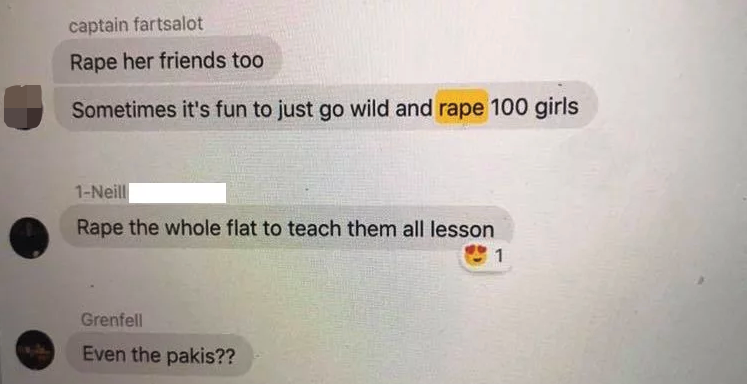 Some of the boys argued in their interview they should not be being investigated because the things they said were in a “private group” that no one would see. Josh Smith said in the second group chat: “I don’t feel bad about it when people who shouldn’t have read about it have seen them, because it wasn’t for them to read.”

He added: “They shouldn’t have read the chat. Were they expecting compliments or something. If you open this chat when you’re not in it, you are asking to be offended. It’s letting people stick their noses in where it doesn’t belong.”

Josh then went on to say: “Yeah I’ll watch what I say in here now. Only because I feel I have to.” 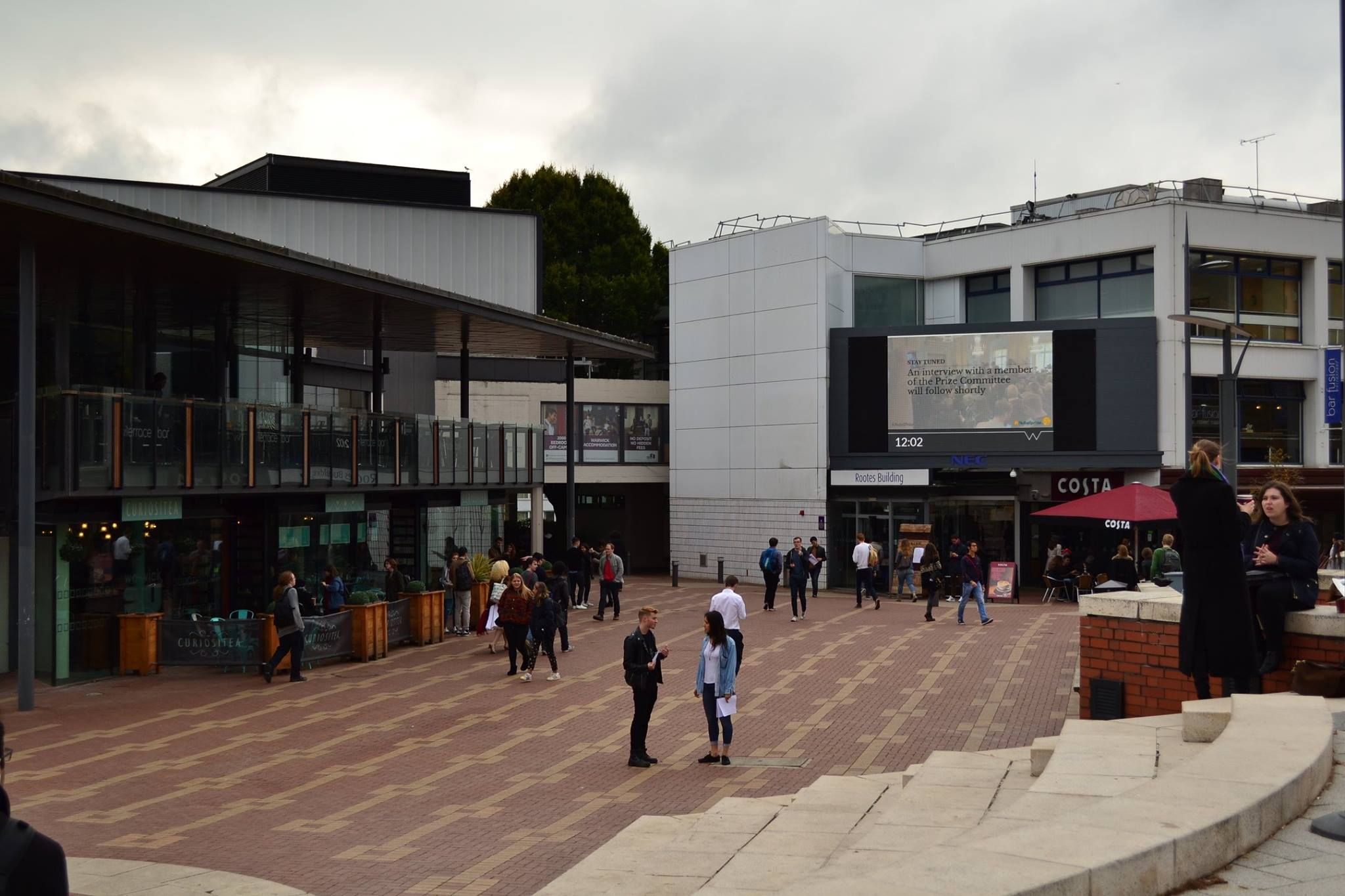 The investigation decided that six boys would be brought before a Major Disciplinary Committee, three would face a minor disciplinary process and two would be completely exonerated due to no evidence of any potential wrongdoing.

The internal investigation conducted by the university also found the boys to have breached the “Dignity At Warwick Policy“, which expects all members of the university to recognise their responsibilities to behave in a way that respects the rights and dignity of others and to demonstrate a commitment to upholding the university’s policies on equality, diversity and inclusion.

Despite some of the boys arguing the group chat was private, the investigation found it created “an intimidating, hostile, degrading, humiliating or offensive environment”, which is section 3.1 of the Dignity at Warwick Policy. This was because the messages were ultimately seen by people who took great offence to them.

Furthermore, the fact the group chat was seen by at least 10 other Warwick students, the other members of the group, it was said to have sustained and encouraged a toxic environment, violating the Dignity at Warwick Policy.

Several members of the second group said in their interviews they only participated in posting this offensive material as they felt it was an expectation of them and the “only way to sustain friendships with the other students in the group”.

Two of the students who were originally banned from campus for 10 years have had their punishments reduced to one year after appealing against the decision, The Warwick Tab understands. This means both students will be able to return to campus in the 2019/20 academic year.

One of the complainants told The Boar: “I wanted to do a masters here but that’s not an option anymore. Other girls who were named and talked about in the chat are still going to be here next year in the same department.”

This means of the five students who were originally required to leave Warwick over the group chat, four will return next year, with one student choosing to withdraw.