During Saturday’s Black Lives Matter protest in Brighton, it was reported that the English Defence League were present and standing in front of the war memorial at the Old Steine.

It was estimated that over ten thousand people turned up to protest Black Lives Matter and less than one hundred EDL followers were stood by the memorial. The peaceful protest was carried out entirely, despite the arrival of EDL supporters.

The global protests are a result of the death of George Floyd in Minnesota three weeks ago. Millions of people are going to local cities to protest the systematic discrimination and racism toward the black community on a global scale.

The Sussex Tab spoke to a follower of the English Defence League who was present at the protest this weekend standing in front of the memorial.

Tony claims that any animosity during the BLM protests was the fault of BLM activists, saying: “Ten minutes before the BLM protestors passed the Old Steine, the police moved their vans, which allowed the protestors to stop, shout abuse and throw bottles at us. We turned our back and ignored them.”

‘The memorial means a lot to me’

Tony told us that he felt the memorial was at threat “because of the statues being defaced across the UK.” He carried on to explain that his actions to protect the memorial were justified, he said: “I have best mate that is married to a Kenyan but mainly lived in the states. Now he lives in Brighton with his wife and with her sibling.

“I asked him how he felt and he said that he would have loved to come and protect the memorial but he was working, my math believes that it is part of our history and it should stay.” He also said that like voting, you only get one choice and the war memorial “means a lot” to him. 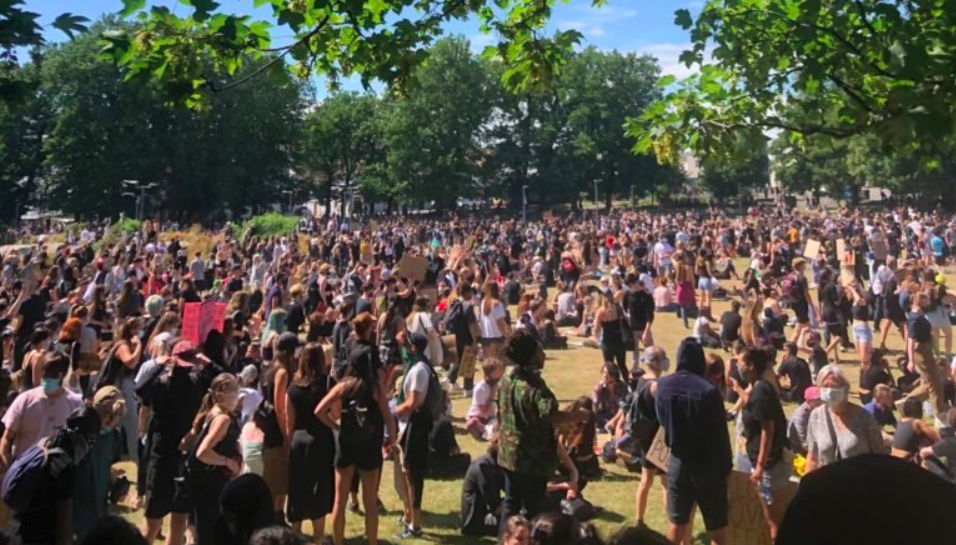 ‘I’m not too sure what the BLM protests were about’

He told us he was “not too sure” what the protest was about, but he has his own views on what is has been made into. Tony stated: “I personally think it’s been infiltrated by hard left labour and anti-facism. The protests are really causing more divides than anything else.”

All across the UK, BLM protestors have been taking down statues that are historically connected with racism, this starting with slave-trader Edward Colston in Bristol. Tony suggested that the statues which have been removed by protestors should be replaced with other people, he suggested: “Maybe replace these statues with Lee Rigby who got butchered or Steven Lawrence?”

He clarified that he does not personally go to protests, however, he went to this one with a friend to look out for the memorial. “Myself and a friend walked from Preston Park and it was heaving, but we carried on. We wouldn’t have cared if there was twenty-two thousand or two thousand. But I doubt there was even one hundred pro-statue,” Tony said.

As for the protests making their way from America and London to Brighton, Tony told The Sussex Tab: “It’s the ripple effect, it always ends up over here.”

‘All Lives Matter is more neutral’

However, Tony sees it as “neutral” in comparison to saying ‘Black Lives Matter’ and “stirring racial hatred. There is so many injustices with black and white people all over the world everyday. You know it, I know it.” 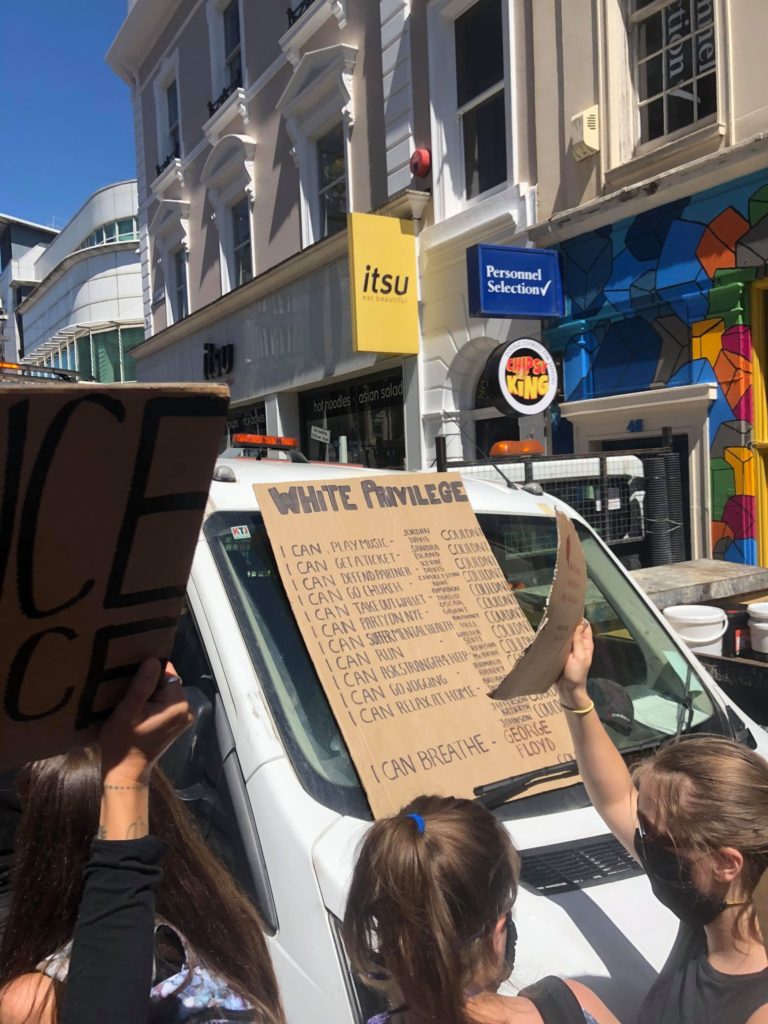 He believes that in order to stop the Black Lives Matter protests from happening “America needs to address the issue with their policing, maybe some progress will be made. I hope so.”

After the protest, one BLM protestor at the event, told The Sussex Tab: “The EDL protestors were at the Old Steine and were surrounded by police. They [EDL protestors] were drinking alcohol, doing hand gestures, laughing and smirking at us.”

Tony said that the EDL protestors were smirking and swearing but he “certainly” doesn’t think they were doing Nazi salutes. He recalled that the BLM protestors were also hurling abuse at those protecting the statue, he said: “The BLM were screaming at us, they called us ‘fucking racists cunts,’ ‘fucking nazis’ and ‘fucking gammon.’

“Of course it was tit for tat, but don’t forget there were lots more BLM protestors shouting at us. Sad really.”

• In pictures: Thousands of people protest in Brighton for Black Lives Matter

• ‘They were laughing and smirking at us’: EDL protestors attend peaceful BLM protest in Brighton