The University has ensured that no one will forget about the 600th anniversary of our wonderful institution. Their efforts are not to be sneezed at: starting about ten years in […]

The University has ensured that no one will forget about the 600th anniversary of our wonderful institution. Their efforts are not to be sneezed at: starting about ten years in advance, asking our parents, aunts and dogs for money, even roping in a prince. However, we’ve all forgotten the most important and longest-running feature of our town: the 600th anniversary of the road works on Market Street.

Getting a flat on Market Street at the end of last year was a highlight of my university career. Sure, in second year I only lived on South Street, but now my walk to the library and the New Arts Building was going to be EVEN shorter. And Subway and the Tailend are right there! ‘Hallelujah!’ I shouted.

This all changed about 20 minutes after I moved in. 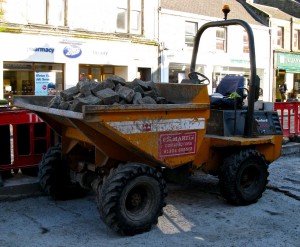 The road works are becoming intolerable. Not one person can remember a time when there weren’t road works in this town. Must they go on forever? I fear they will. At 7:30am during Freshers’ Week, the whole flat would be shaken to its core every morning. Was it a Transformer rampaging through the town? Was it King Kong trying to find Naomi Watts? No, it was a miniature JCB thing digging a puny hole. HOW could such a small thing make so much noise? And why did they have to do it so early during Freshers Week, out of all the weeks in the year?

Hopes of a speedy end to the road works have been dashed. It is now week Nine, and even if I haven’t been drinking the night before, the racket in the mornings definitely makes me feel like I have. The cobbles all look beautiful, cars are allowed again and I can at last get my Asda home delivery straight to my front door. The overwhelming evidence would suggest that the men in their JCBs should be gone. 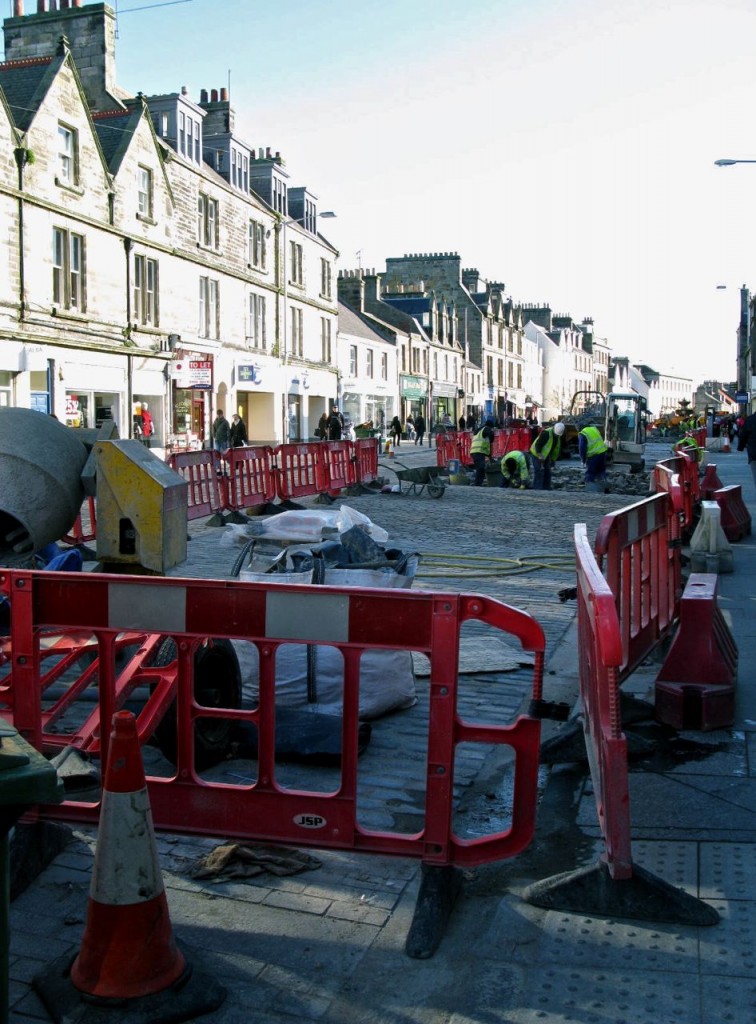 But no! They cling on. Just the other morning, I opened my curtains to see a man up a lamp post staring right back at me, standing there in my undies. Do they need to carry out these tasks at window level, or are they just attempting to catch out unsuspecting students? I can’t see any noticeable changes to the lamp posts of Market Street, so I harbour suspicions they have alternative motives.

I have no idea what is being done to my street. All I wish is that these works will end soon. Constantly dodging orange barriers means I can’t get to Dr Noodles by the most direct route, and the incessant drilling right outside my door is detrimental to my studying efforts (slash napping). I have quickly become disillusioned with Market Street. It may be the perfect location, but the pain of all the drilling, hammering and cat-calling doesn’t really seem worth it anymore. So if you live in the bad lands and fancy a swap for a few weeks: I’m your girl.