Life drawing caters for everyone: naked men and women laid out for us to gawp at unashamedly. So why do only thirty or so people turn up each week? I […]

Life drawing caters for everyone: naked men and women laid out for us to gawp at unashamedly. So why do only thirty or so people turn up each week? I imagine the majority of readers recoil in horror at the thought of entering a room filled with brooding soulful types, boasting unusual piercings and artfully dishevelled hair, languidly discussing the benefits of feng shui, before silence sweeps over the room at the sight of your “so mainstream” appearance. Thankfully, this is not the case.  Though you do get the odd competitive peeker, no one skulks around the room ready to pronounce your modest sketch as shit, before shredding it into little pieces and ordering you to eat the remains of your abysmal art.

Unfortunately I can’t guarantee that there won’t be any awkward moments. Recently, the male life model adopted the rather racy pose of lying on his back with his legs spread, seemingly in preparation to give birth . . . thankfully I’d seated myself nearer his head. I smugly caught sight of the lucky lady facing his crotch recoiling in embarrassment and mild disgust. Then, to my amazement, a smiley blonde girl leapt at the opportunity to take prime position in front of his . . . area. If this enticing image doesn’t strike you as an incentive to attend, you should come at least for the pure entertainment purposes: On one occasion, a particularly dashing friend of mine grew increasingly flustered and crimson. I quickly realised that the model, a curvaceous redhead, was smiling seductively while he tried to concentrate on accurately depicting her ample bosom. But if you’re still concerned about an uncomfortable atmosphere, I assure you that once you have the pencil in your hand, it is like drawing anything else – that penis may as well be the trusty banana in your familiar fruit bowl.

It’s a much more challenging task to attempt to recruit readers to be the life model. I know what you’re thinking: Hell no. But whoever you fearless few are, I salute you. Condemned to stand exposed in the bright lights of our very own Union’s Salad Bowl, while your peers scrutinise parts of your body that you have never quite been able to see in the mirror. And of course, this is St Andrews. There is a one in zero chance that you won’t know anyone in the room. It’s no mystery why I’ve never drawn the same model twice. . .Keep it up though guys – I can’t go back to the bananas, it’s just not the same! 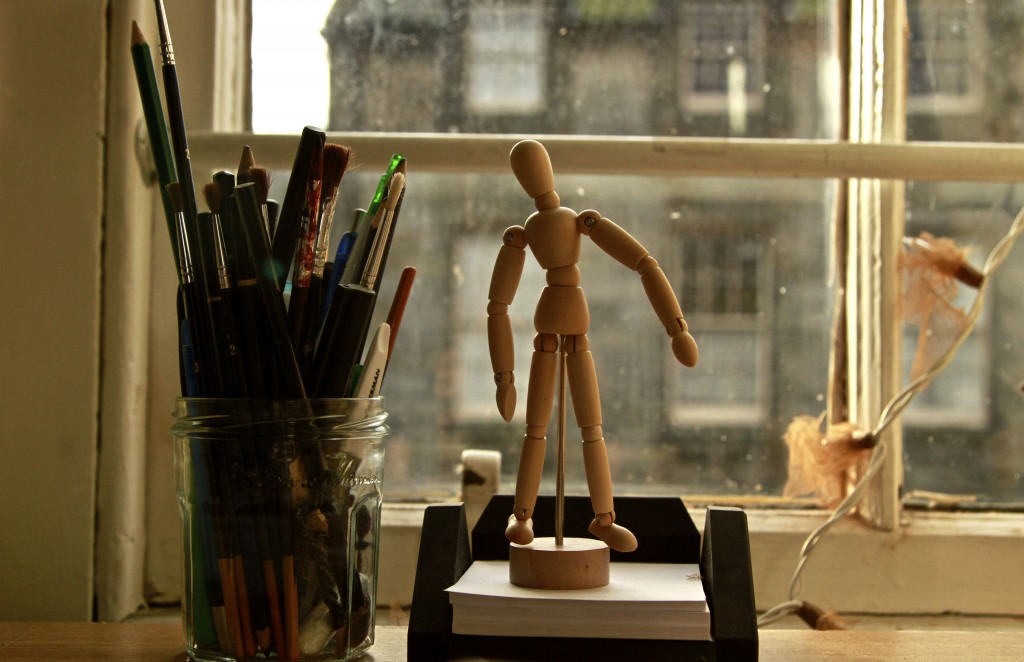 Hopefully I have dispelled any false fearful visions potential life-drawers had of Artsoc, and encouraged you to come. Or maybe I’ve just systematically put everyone off modelling. So, if you like to draw, or just want to give it a try, come along. The people are lovely, the atmosphere is relaxing, and it only costs £2 (£3 if you’re not a member). And if you’re nervous, just remember, at least you’re not naked.