In many ways, I believe International Relations is a dull, frustrating and nigh-on pointless subject.   At every twist and turn of undergraduate thought, one is confounded by realist theory […]

In many ways, I believe International Relations is a dull, frustrating and nigh-on pointless subject.

At every twist and turn of undergraduate thought, one is confounded by realist theory and unanswerable questions. However, whatever limitations the subject may have, I think that certain terminologies and theories are applicable to everyday life.

As is often suggested, St Andrews seems to breed a certain type of person. Usually, they are clad in either boat shoes or, more likely, Barbour and Hunters, studying IR and either American, Scandinavian or English.

Yet, the injection of new blood that freshers bring at the start of every year makes me question if this stereotype is entirely untrue or whether they will, in six months time, blossom into the rigged-out, ‘typical’ St Andrews student. Two aspects of IR theory can be used to analyse this conundrum:  Sagan’s norms model of nuclear proliferation and the concept of new institutionalism.

Sagan suggests that many states arm themselves because nuclear weapons are supposedly a strong indication or proof of statehood, rather like national flags. Could Barbours and Hunters therefore be our national flags?

Perhaps the odd wax-coat and welly are symbolic of you being a fully matriculated student of this university. Additionally, the concept of new institutionalism – that institutions or unitary actors tend to mimic one another – suggests that in six months time the previously ‘individual’ students will begin to observe and mimic the attire that is endemic to our university. 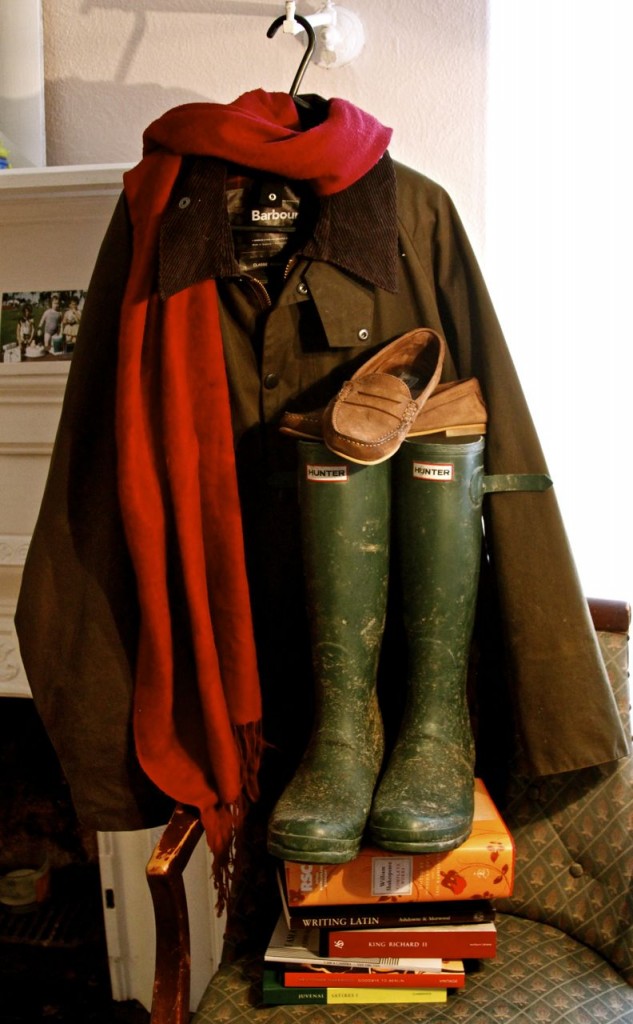 Could this be a bad thing? Yes and no (a typical IR student response). On the one hand, it could mean the St Andrews stereotype is self-perpetuating, while, on the other hand, it could mean we are creating a student body well prepared for lives as graduates, filled with mildly damp afternoons in the Home Counties. I suppose I should point out that as an English third-year, studying IR, my opinion and line of inquiry springs from my own experiences. Despite this, I think the aforementioned IR theories could be right in this case.

Although I have owned my pair of hunters since I was eleven (I haven’t grown much over the years), I did buy my first pair of boat shoes in first year…. That’s all I’m sayin’.