“I want to showcase St Andrews to the world!”   Lord Forsyth comes from Aberdeenshire, and after studying at St Andrews has had a successful career in the city and […]


“I want to showcase St Andrews to the world!”

Lord Forsyth comes from Aberdeenshire, and after studying at St Andrews has had a successful career in the city and conservative politics, both in the House of Commons and as a Peer. He was approached by a group of students to run for Rector because they felt some heavyweight experience was needed. 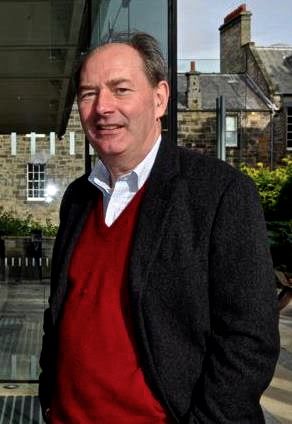 “It was a good university then; it’s a great university now. There were 3,000 students when I was at St Andrews, there are over 6,000 now. When I was at St Andrews the Union was new, the library was new and the sports facilities were new. I went to see them last week and nothing has changed. You can see the enormous pressure there is on these facilities. Although there has been some new accommodation, the accommodation position is pretty scandalous.”

“The university is proceeding on the basis that you can charge people a huge amount of money for coming to St Andrews, but frankly the accommodation, sports facilities and the library are not up to scratch.”

The fees issue clearly riles him.  He refers to the RUK fees as discrimination against English students and that he would do everything in his power to lobby for change.  How does this fit with the views of his party?

“Look, our party line has been all over the place. When the last government was in power, I was asked, in opposition, to take a bill through the House of Lords saying we were opposed to fees.  I think it is outrageous that the Scottish Government is able to offer a free place to any student anywhere in Europe but students from the rest of the United Kingdom are treated differently.”

Does he think the RUK fee hikes are a nationalist ploy to further differentiate the UK’s education systems?

“I don’t think that the Rector’s job is a political job and I don’t really want to get into party politics. Whether you think Scotland should be part of the union, like I do, or you think Scotland should be independent… the fact of the matter is that Alex Salmond ran the SNP when I was at St Andrews and I ran the Tories so I’ve known Alex all my adult life and although we’re opponents, we’re friends. If we had an independent Scotland then English students would get the same deal as European students, they would get free access.”

Lord Forsyth has amassed a powerful contact list as a top executive at JP Morgan and Evercore group where he is currently Deputy Chairman of European Investment Banking.

“I don’t want to be boastful about this but I climbed a mountain in Antarctica at Christmas. I wrote to all my contacts saying I’m paying for this expedition, Ranulph Fiennes persuaded me to do this, I’d like you to support Mary Curie Cancer Care and the Child In Need Institute that helps children in Kolkata and we raised £427,000.”

Is that a model you think is transferrable to St Andrews?

“I think St Andrews has got fantastic appeal to people who want to support the highest level of excellence. It also has strong links into the U.S. which has a strong tradition of building up endowment funds. I’m certainly willing to have a crack at doing it.”

Is it a more difficult place to be a student now than when you were at university?

“Oh, I think it’s absolutely horrendous! Being a Student in St Andrews is being a student in one of the most expensive places in Britain. I didn’t pay any fees and I got a grant.  There wasn’t the same financial pressure.”

Will you be at the Rectorial debate?

“I can’t.” He said, listing a number of prior engagements. “I just can’t be there. I have a rule, which will apply if I’m Rector – if there is something in my diary I don’t cancel it. I will be here on Thursday at the hustlings in the Union bar,”

Obviously a busy man, Lord Forsyth describes the pace of the campaign as whistle-stop, and would like to have more time to speak to students and be in the town. He conveyed a strong fondness for St Andrews throughout our conversation but he admits there are obstacles in his way to the Rectorate.

“When Matthew approached me to stand I said, ‘Look, I’m a Tory and Banker. I haven’t got a chance. And they said, ‘well people are very much more positive about the university and not very political.’ We’ll see. Won’t we?”

For more information on Michael Forsyth’s campaign to be your Rector, visit his website.