The Library – Spot the Difference

The new library has been open for a good three weeks but rumours of what’s new and what’s not abound. The stand has sorted out fact from fiction. The library is full […]

The new library has been open for a good three weeks but rumours of what’s new and what’s not abound. The stand has sorted out fact from fiction.

The library is full of new features -True

These include new furnishing, seating areas, bookable study groups, more ventilation, better lighting, and a new glass covered ceiling located on the East side of the building which makes the facade look less Soviet and more City.

It now has a conveyor belt big enough to ride like an airport baggage return system – False.

It is, however equipped with a book sorting machine with a small conveyor belt just large enough to put your laptop on. Future additions to the library include a card swipe system, an expanded café with outdoor seating, more self help machines, and new and expanded seating.

It is only partly finished – True

It is true that only main and basement levels have been completed (urgh) but this does not mean that work is done. Instead the library will be completed over the next summer. This will give fourth years the chance to regale future freshers with stories of  hardship: walking uphill, both ways, in the snow and rain to a yellow, musty library.

While the library staff has decided not to comment, one look up and it became apparent that there is a slight problem. 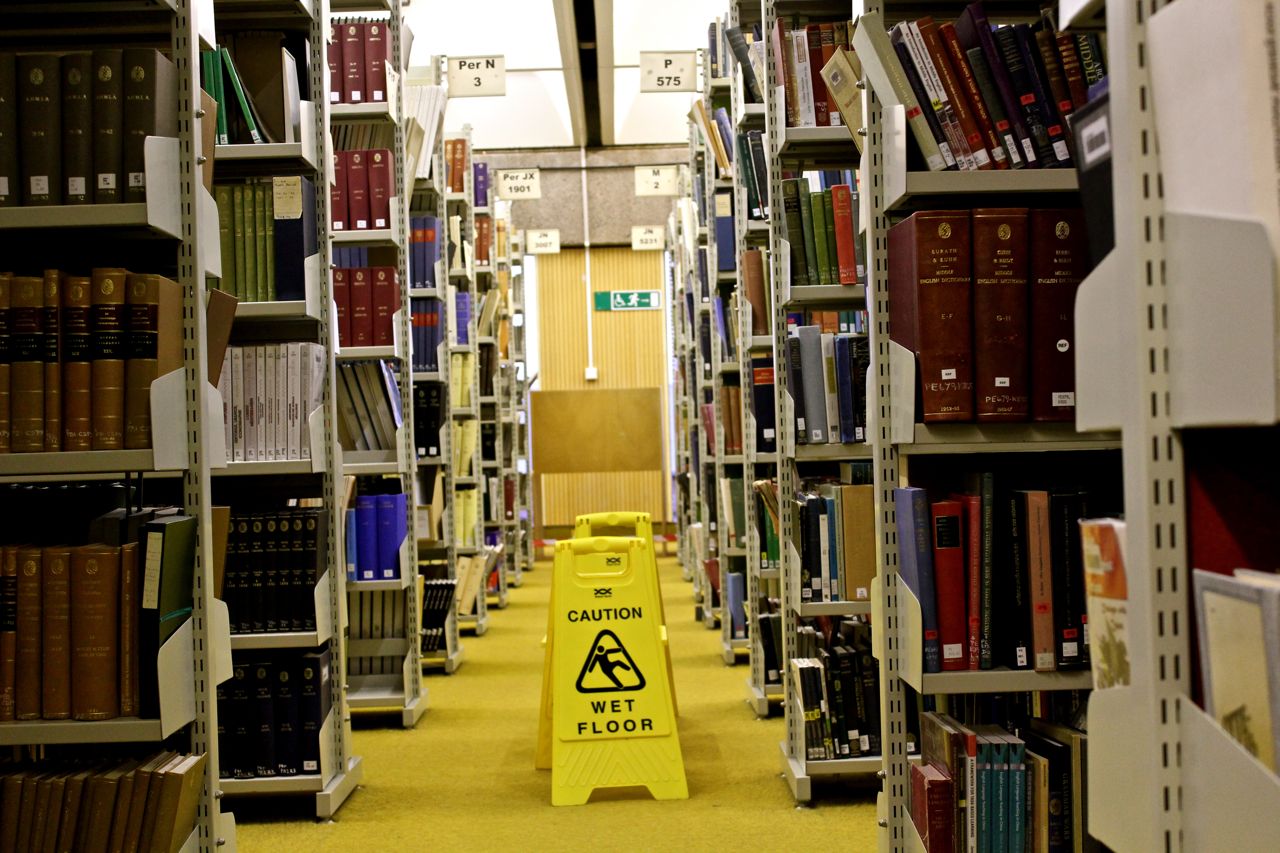