He was given a 30-day suspension

Justin Murphy, the Southampton Politics lecturer who was suspended over a series of tweets in which he compared abortion to necrophilia earlier this month, has launched a website and a fundraiser for people to donate to.

The site includes Murphy's articles and podcasts. It allows people to donate to him via Patreon, debit card, or Bitcoin, so that he can continue to post his work.

The site's support page reads: "I am a professor, but I am also a normal person and I say and do what I want, according to what I believe. If I am forced to choose, I’m going to choose being real.

"That said, I am now getting heat for all of my blogging and videos and such. So I’ve been forced to decide: slow down and lay low to protect my institutional prestige, or go all-in writing and saying what I think. And personally, I think I’ve already decided: I feel like it’s time to ride the wheels off this bitch.

"My commitments are not dependent on anyone’s money, but monetary support would definitely embolden me. To the few of you who have offered in the past, and to anyone else who really likes what I’m doing (with some money to burn), now would be a useful time to register your support in this way. Obviously, if you’re low on cash then don’t spend it here! Thanks all." 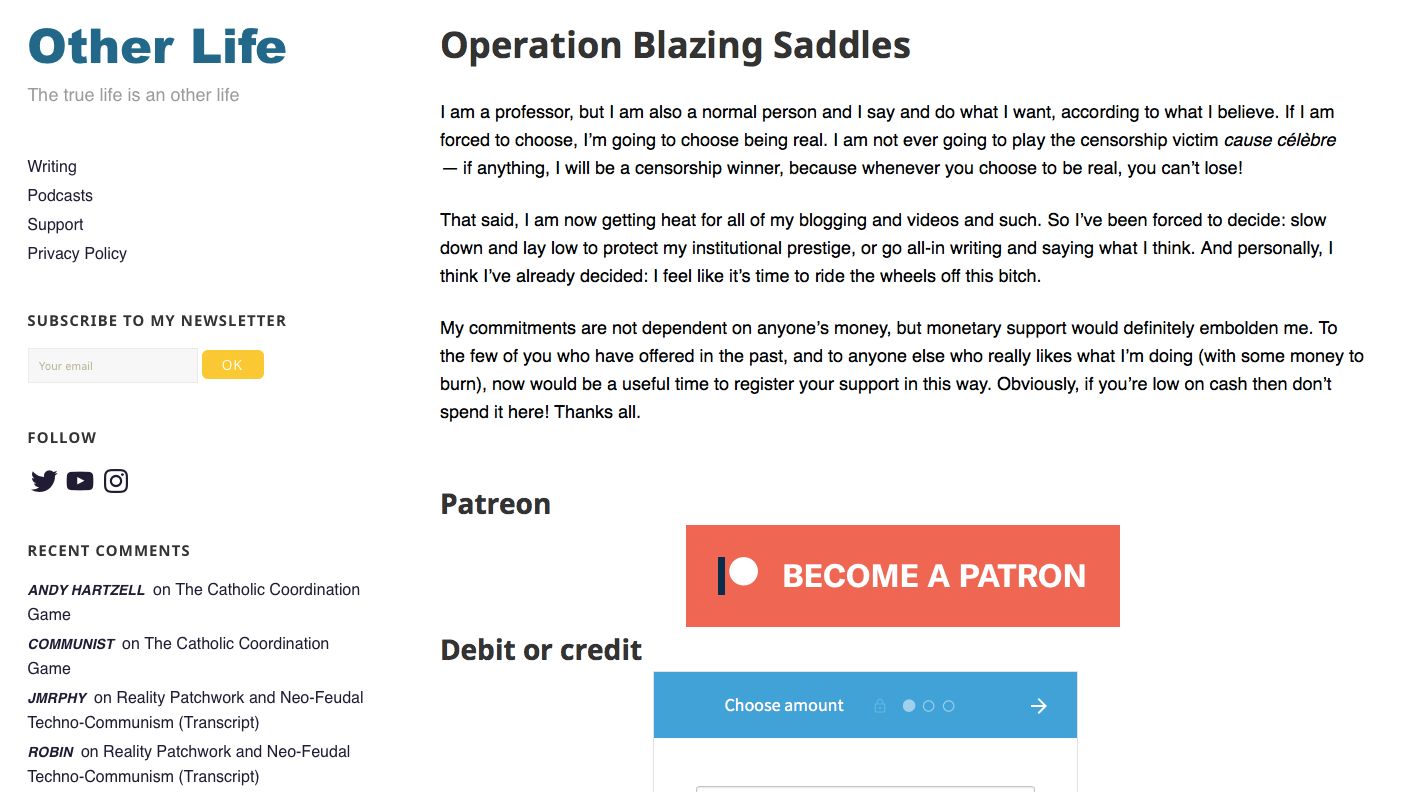 He also explains that he has been thinking about leaving academia for two years: "I'm just not convinced that it's the best available structure for the particular kind of intellectual life I've been building for the past 10 years or so.

"I speak and write however I feel like speaking and writing, in the normal language that most normal people use". 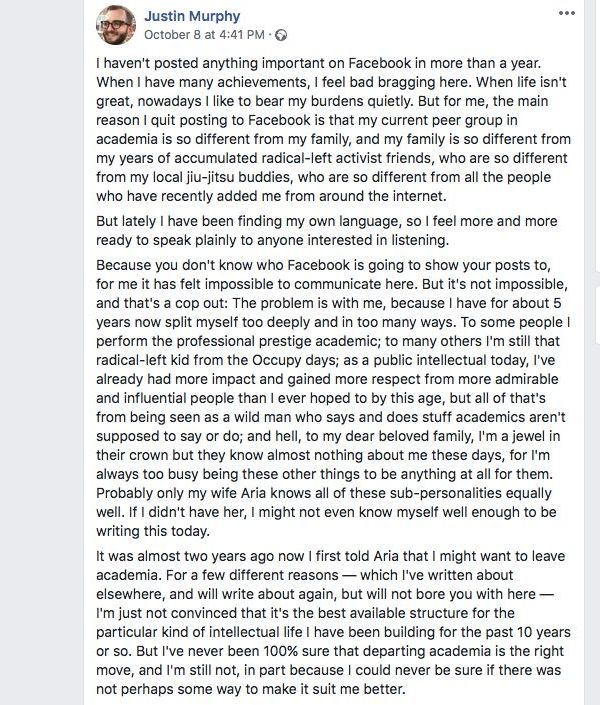 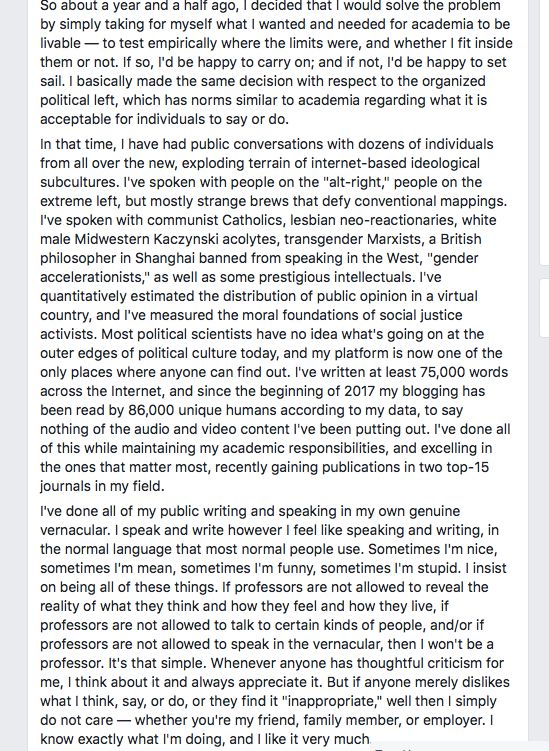 Murphy also tweeted the Daily Mail's article which reported his suspension at the end of last week. He captioned the tweet: "I did not initiate or encourage this; I told them nothing confidential.

"I can't confirm or deny any of their factual claims, as I continue to respect the university's process. That said, I did tell 'em what I think, and to their credit — they included it."

I did not initiate or encourage this; I told them nothing confidential; I can't confirm or deny any of their factual claims, as I continue to respect the university's process. That said, I did tell 'em what I think, and to their credit — they included it. https://t.co/oF0aJot0J3

The Soton Tab will continue to keep you updated on this story as it develops.