Everyone who lives in Liverpool knows it’s the best city in the world, but it can sometimes take a bit of persuading for outsiders to convince them that the ‘pool is as boss as we claim. But have no doubt, Liverpool is the best this country has to offer. And in case you were in any doubt, here’s why:

Imagine getting a train to get to the clubs, though. Like, really, that is shite. Liverpool is all about quality over quantity and it makes our lives so much easier. Yeah, the walk from Smithdown to town might be long but it’s not completely impossible. Walking from Shoreditch to Brixton would take you at least 12 years.

And even if you’re not local, you can navigate using just the Bombed Out Church, the RadioCity tower and the Liver birds.

How do you get to the Raz? It’s to the left of the bombed out church. What way to the Cavern? Aim for the RadioCity tower. Can you point me to the docks? Just follow the Liver birds. Which way to Narnia? Aim between all three.

We’re lowkey the music capital of the UK

The Beatles are only half the heritage. We’ve got the famous cavern, Mathew Street itself, the Echo arena and some of the best live music nights in the North West. Liverpool’s music scene has always been kicking off but now we’ve got the best underground music nights as well, and it’s so much cheaper than London. You can pay £5 for Abandon Silence where Fabric costs £15. We also have ket, just saying.

Scenes as @djbone313 took to the stage on Friday – we're back in the full Echoes rigout on 28th April big room fans!

And our galleries and museums are practically next to each other…

You have the International Slavery Museum, the Liverpool Museum, the Tate, the Maritime Museum, the Walker Gallery, Open Eye and FACT all within a 10 minute walk. In London, you have to commit to one museum or art gallery a day because it’s a bloody mission and battle with thousands of tourists to get a decent photo of an old dinosaur. 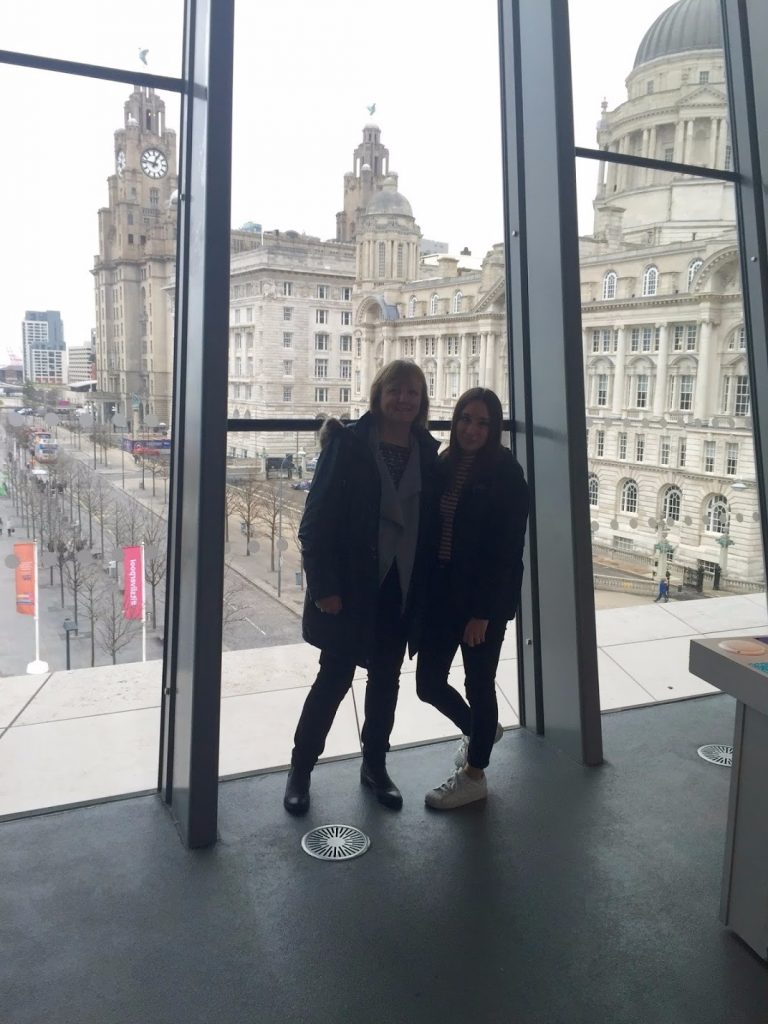 Our drinks are so much cheaper than the capital

Who needs Oxford Street when you’ve got Bold Street and L1?

Bold Street is perfect for your independent vintage shops and if you want to hit up your classic high street brands, Liverpool One is the place to go for any last minute outfit drama. You can’t exactly “pop in” to Oxford St Topshop for that bodycon dress you’ve had your eye on for weeks.

Where else can you have both a house rave and tango lessons under one roof? It also has plants. There is nothing better than walking down to Sefton Park from Carnatic when you’re hungover – the best hangover cure ever. 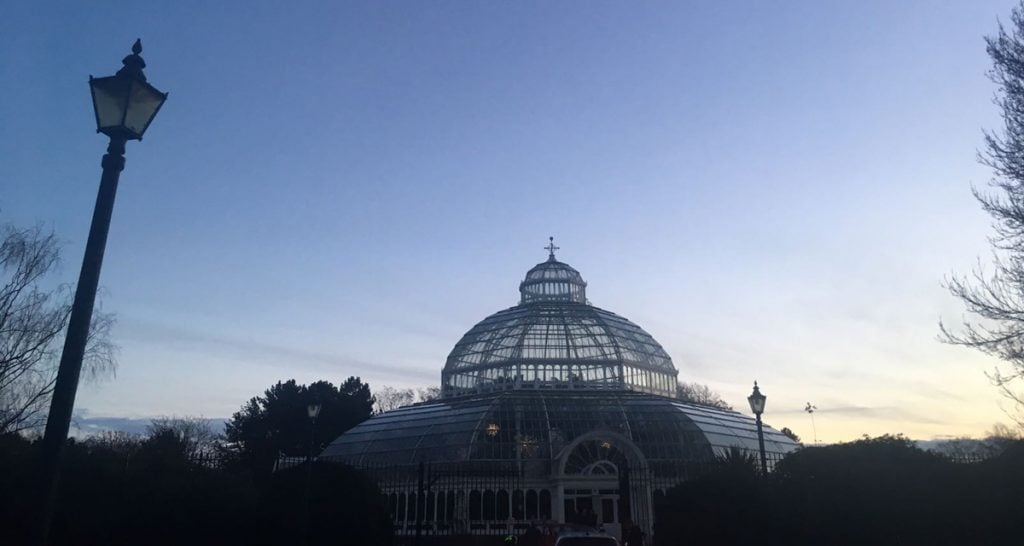 And our music venues are RIDICULOUS

Remember when Fiesta Bombarda was in the Sefton Park Palm House? Or the Anglican Cathedral? Not to mention new gems like the Invisible Wind Factory. And, RIP Kaz.

There’s so many independent shops and cafes

And not just Bold Street – even in the suburbs we’ve got beauties like Lark Lane and Smithdown keeping us going with the likes of the Naked Lunch, Meat Factory, Keith’s and Kelly’s Dispensary. 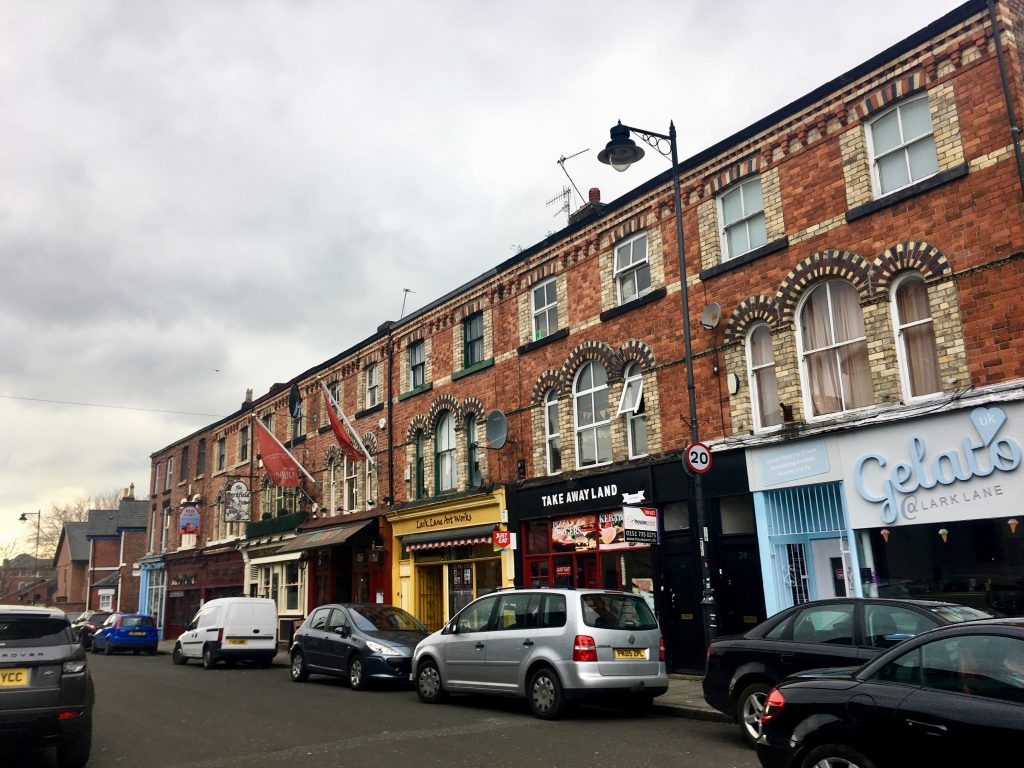 There’s nothing more romantic than a walk round the Docks

Walking past the Thames is like walking past a sewage pipe. It’s dirty, smelly and little bit shameful. The Mersey is fucking beautiful. The docks are even better. The wind might blow you off your feet but that just gives you an excuse to give your special someone a warming hug. Cute. 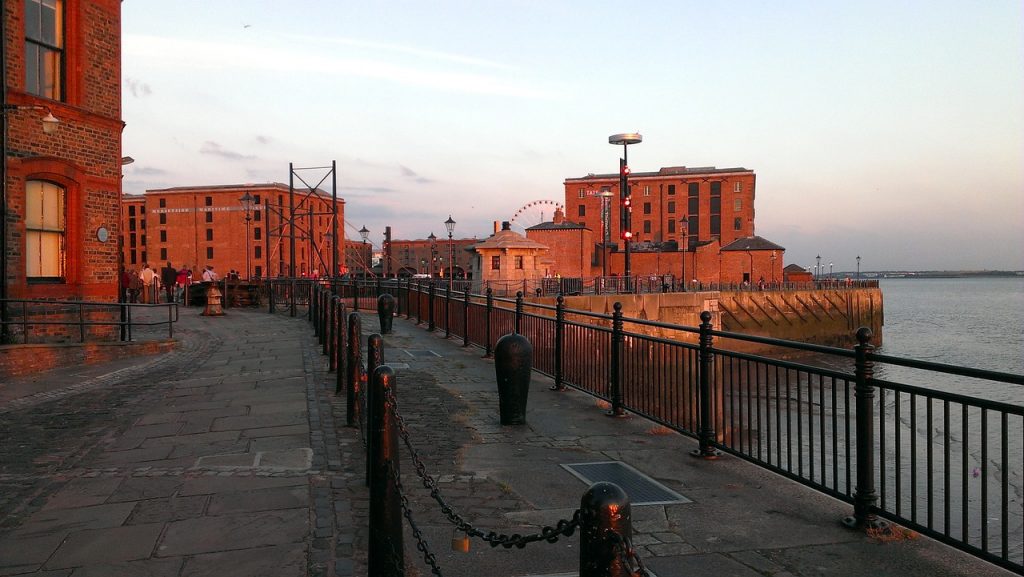 Has anyone ever mentioned that Pierhead is a UNESCO World Heritage Site?

Yeah, London has four, but none of them are as beautiful as the three graces and none of them have a flock of Superlambananas grazing outside them. Which leads us to…

We all know scousers are the friendliest bunch…

…And the most generous

Whether it’s Help the Homeless, the turnout at St George’s Hall when the Justice for the 96 campaign was finally successful, or a friendly scouser buying a teary student her £159 train ticket, Liverpool is full of kind deeds and helpful hands. They’re the proudest people in the country because they’re Scouse, not English.

Today, stronger than ever, I felt so proud of my Scouse roots. I didn't think I wanted to end up at Liverpool, but luck was on my side the day I didn't get my first choice. From the moment I ended up at this university, I've never regretted it. It's the most beautiful city, with the friendliest, most honourable people living in it. They deserve every moment of this victory today. So three cheers for the 96, three cheers for Liverpool and three cheers for scousers – I hope my Grandad would be proud of his city, and me being at university here. I certainly am ❤️ #jft96

Whether it’s the man with the toy microphone, the blind man who plays incredible guitar or the solo girl singer outside Clayton Square, Liverpool’s music scene is not just centred around the Cavern. Everywhere you go, you hear the sultry tones of Scouse lingo echoing down Church St. Do you get that on the underground? No. 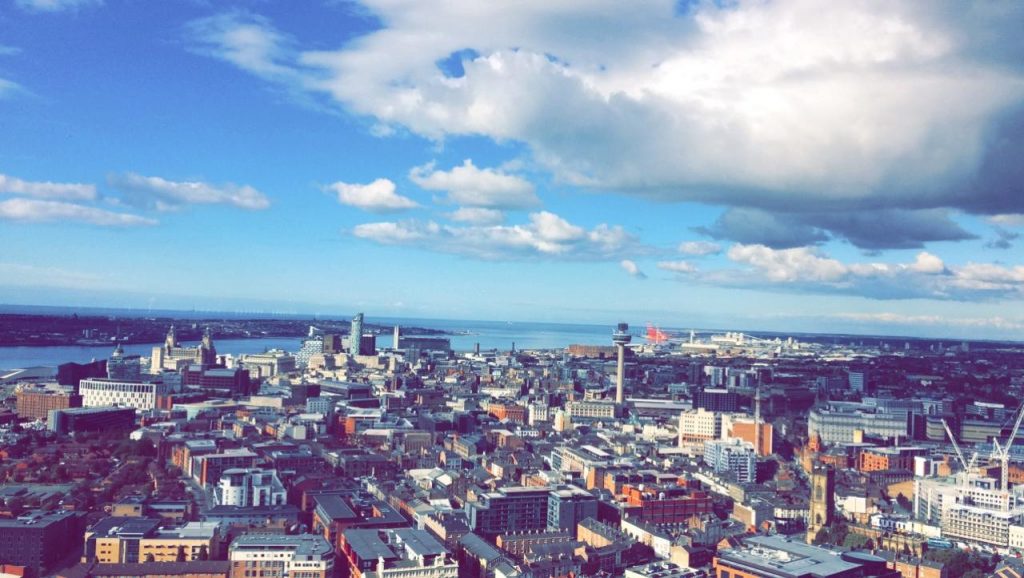 Views from the cathedral are GOALS

If your parents are up, you’ve got a hundred thousand places you can take them

Sefton Park, the Cavern, the Philharmonic Dining Rooms and the Liver Building…the opportunities are endless.

Rent is 211% higher in London than in Liverpool

Why have a 1 bed studio apartment in Zone 3 when you can have a 4 bed mansion in Formby? 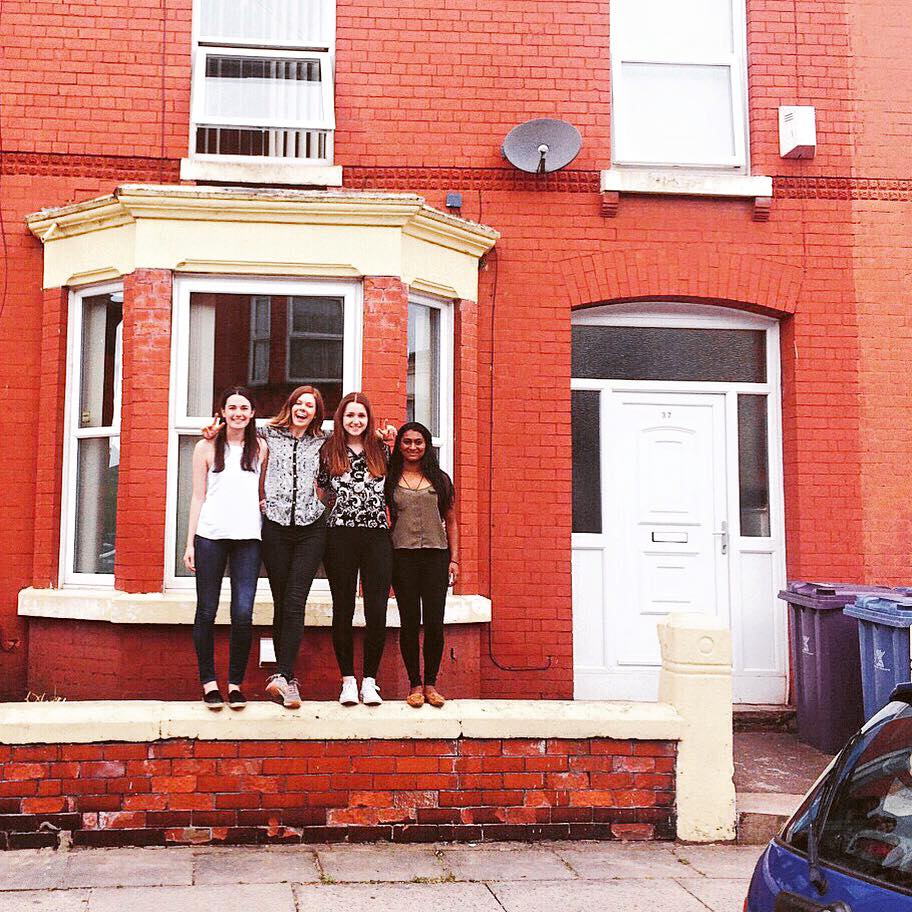 And the food, the FOOD

We’ve got beaches less than an hour away

THEY HAVE IRON MEN ON THEM. ART & BEACHES. 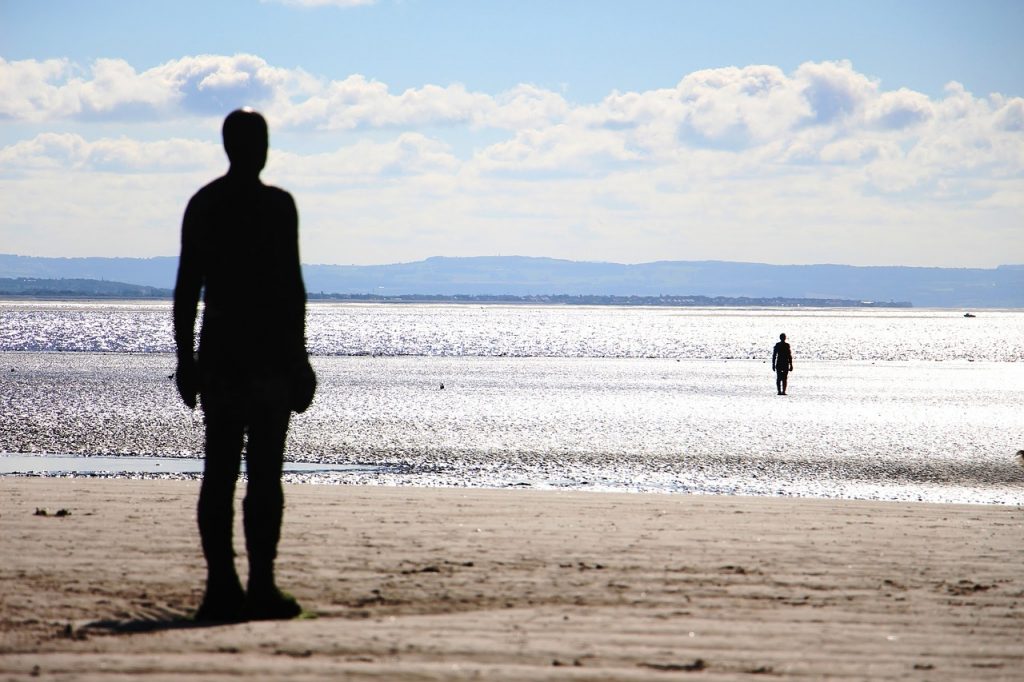 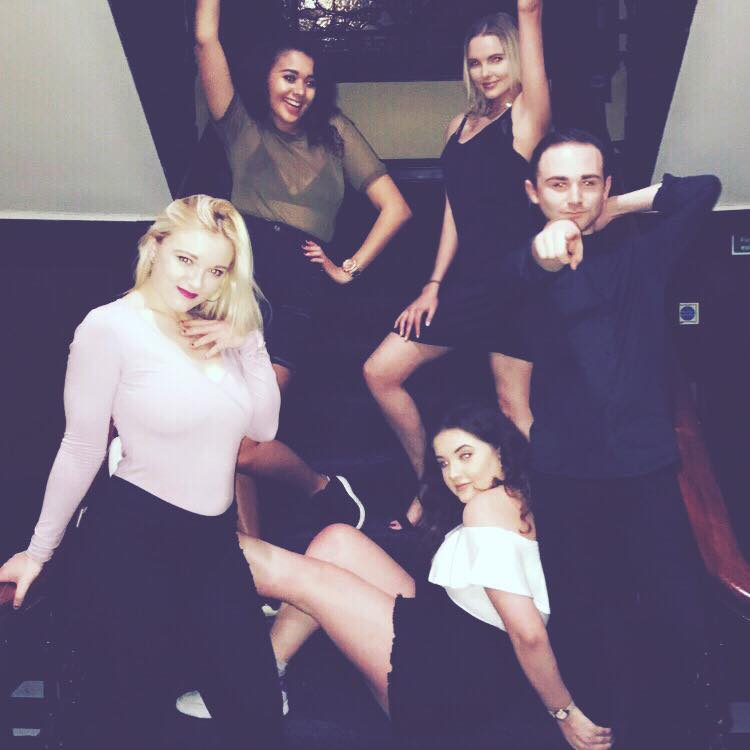