Day 5 of the hunger strike (but he gave in to orange juice, dat Vitamin C gain)

Phd student Roger Hallam has promised that he will go on a hunger strike until King’s agrees to end its multi-million pound investment in oil companies.

As of today, Roger has gone for 5 days without eating (minus some orange juice). Other people have pledged to join him on 24 hours fasts. 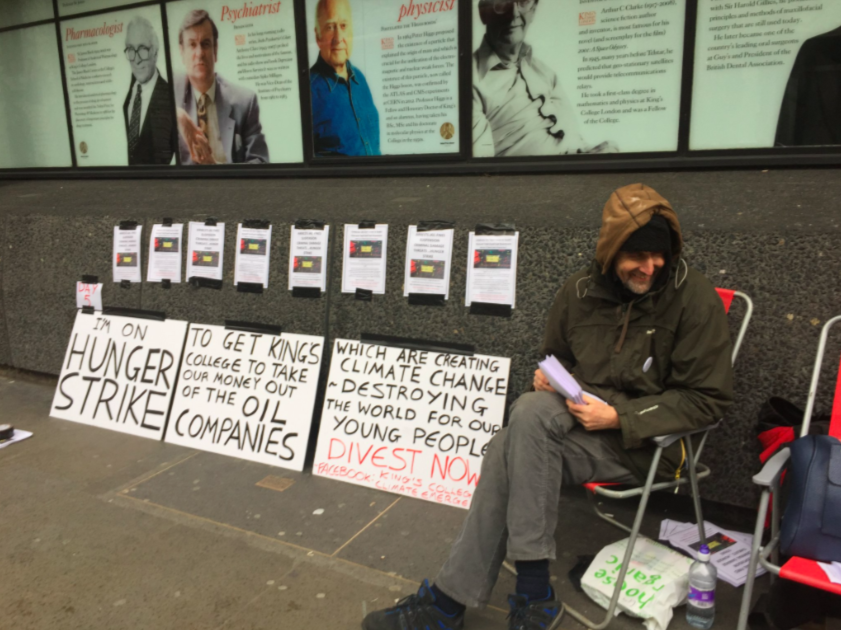 Naomi Kreitman is one of those people joining Roger:

In the video she explains why she got involved in the campaign: “I am thinking of applying for King’s Climate Change Masters programme and it just shocked me that while on one hand offering courses to study this issue of our time, they have money invested in fossil fuel industries.” 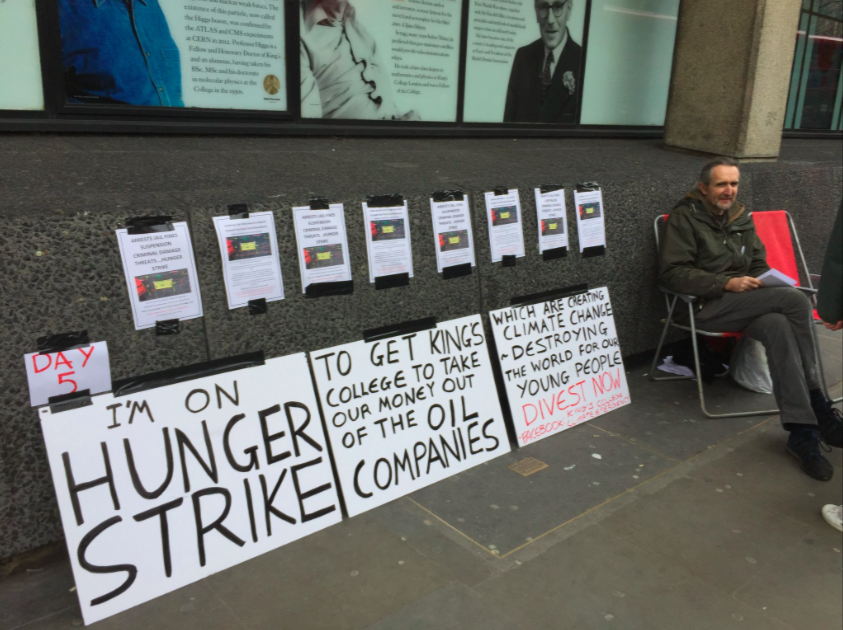 Last week, student activist Roger Hallam was arrested for the second time for using poster paint on the Strand pillars. He was charged with criminal damage and received a £500 fine.

Further action has been planned for Saturday