If you don’t call out your group chat racism, you’re no better than those sending the messages

Yesterday, The Tab exposed an Exeter Law group chat littered with racist messages from five of its members.

The language used by them was undoubtedly horrific. The n-word is thrown around by one member willy-nilly, another jokes about finding slaves in Mauritania. Perhaps saddest of all, Ash Chandraharan, a brown man, 'jokes' that he would "lead the charge against his own colour."

You'd think from the extensive coverage in the national press and the abrupt disciplining of the students, that this episode of racism on campus is a surprising, isolated affair – one that most students don't experience in their time at university.

Unfortunately though, what's most shocking about the story is that for BAME students it's not surprising at all. 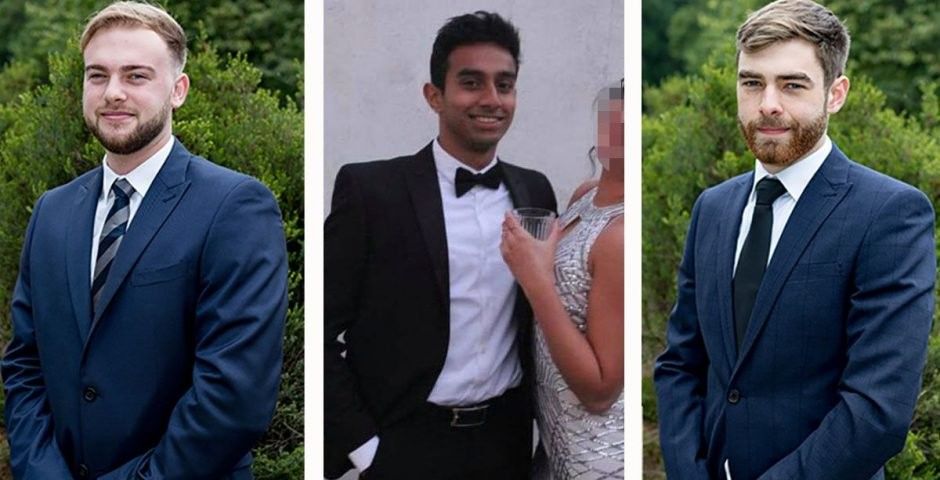 Three of the Exeter boys in question

Racism has always existed on UK university campuses. This is the third major racism story at a UK university in the last two weeks. At Nottingham Trent, a black girl had to endure chants of 'we hate the blacks' in halls. Only three days ago, student's allegedly sang “Eeny meeny miny Mo, catch a n****r by it’s toes", at De Montford.

For every racist remark that is punished, dozens are uttered without any repercussions. Every year idiots go to Halloween parties in blackface and every day someone makes a racist comment in the name of humour.

But one form of racism is developing at a faster pace, and that's casual racism. And it's probably how the 'Exeter Five' are going to justify their actions.

Casual racism is worryingly prevalent, particularly in all-male groups. It's often portrayed as a bit of harmless fun, and calling it out can be difficult as it puts you at risk of being seen as a bore or not 'one of the boys'. Too often the default genre of comedy for uni lads is racism.

It can be extremely uncomfortable and tiresome for BAME students to call out racism, particularly in new social environments that are lead by established figures in various university settings. 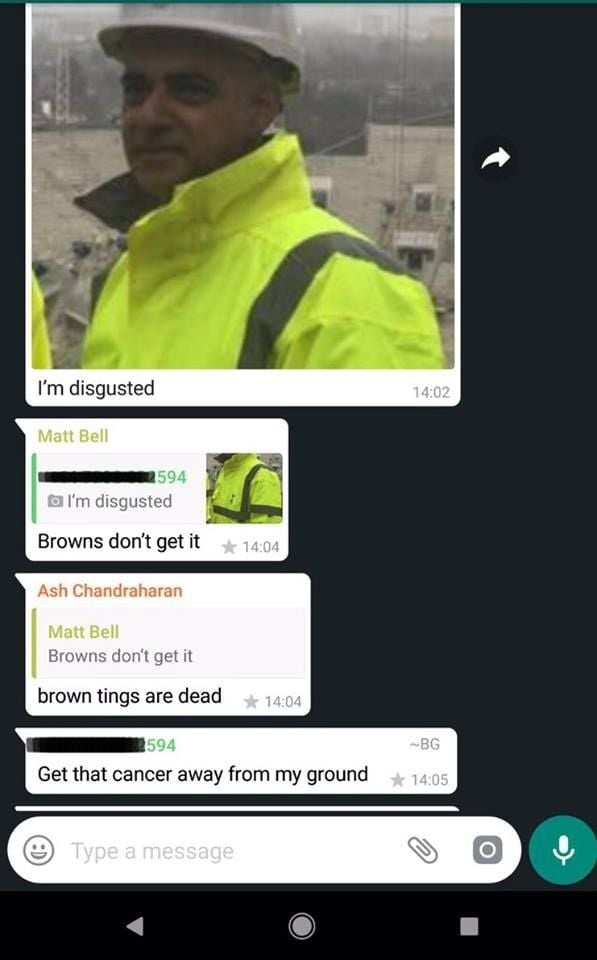 A screenshot from the Exeter chat

"Come on, you're not actually offended by that are you?", "it's just a bit of harmless fun mate", and "I'm not actually racist" are all feeble defences that BAME students have probably had to put with countless times before.

Let me say this – if you ever defend casual racism, you're defending racism. Is that something you really want to do?

How can racism possibly ever be justified by being 'casual'? Racism has never been funny and in the vast majority of cases can be extremely hurtful to people who experience or hear it.

When I was called a Paki at a university event last year, what struck me as much as anything was the pathetically passive responses from the racist's friends. They stood by and let it happen.

Whether it's in public, or most likely in the safe confines of a group chat, we all have the power to challenge and call out racist language. The next time you see a similarly ill thought-out 'joke' as some attempt at humour that could potentially be hurtful to someone, are you going to stand by and let it happen or are you going to call it out?

Racism has always existed on campus and it's good it's finally being called out publicly. So now it's being outed, let's kick it out of our campuses once and for all.