They also called her a ‘cotton picking fuck’

A group of boys have made racist insults towards a Bournemouth fresher in their Facebook group chat, calling her a "big black ape" amongst other offensive comments.

A screenshot of an Instagram taken by Telma Rodrigues dressed up as a Playboy bunny was sent in down their Facebook group chat before commenting a number of racist insults. They described her as a "big black ape", a "gorilla looking motherfucker" and a "cotton picking fuck".

The screenshots were leaked to Telma, who called them out on her own Facebook and Twitter, describing the boys as "pure racists". In her post, Telma added she went to school with them, and has known them for years. 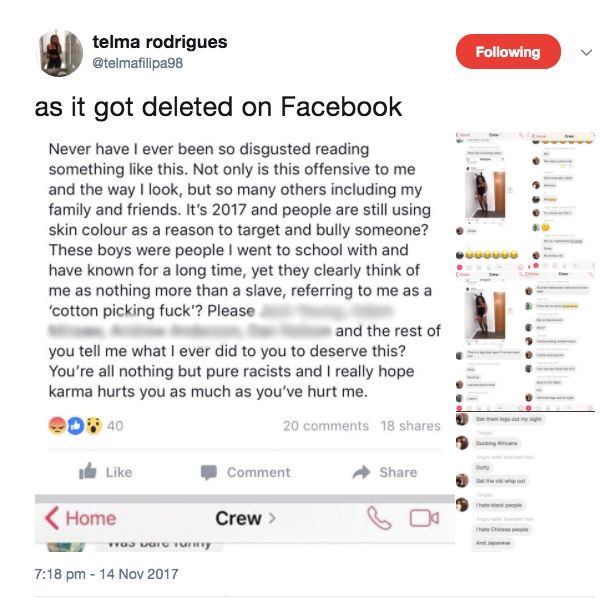 Telma's Instagram was posted on the group chat, named "Crew", with the tagline "Now this is fucking scary".

Another boy then said: "That is a big black ape if I've ever seen one", before another added: "Crew [the name of their group chat] are so racist ????".

More members of the chat soon weighed in with their own insults:

"How can she think that is fit"

"Back to the fields"

"Get them logs out my sight"

"Dutty. Get the old whip out"

See the full conversation below: 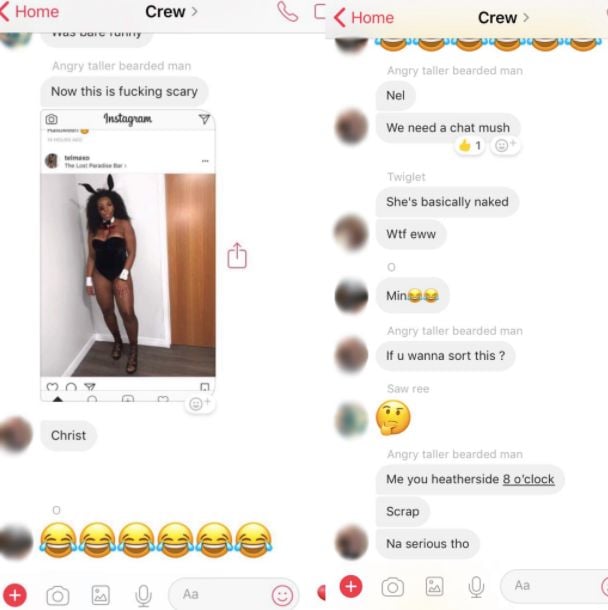 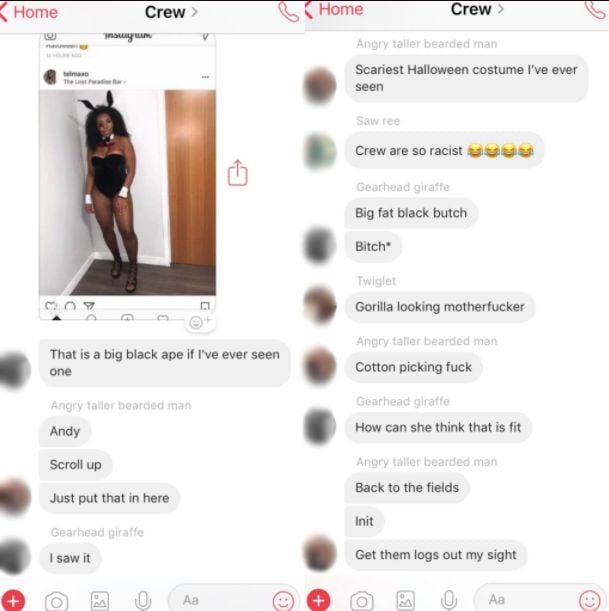 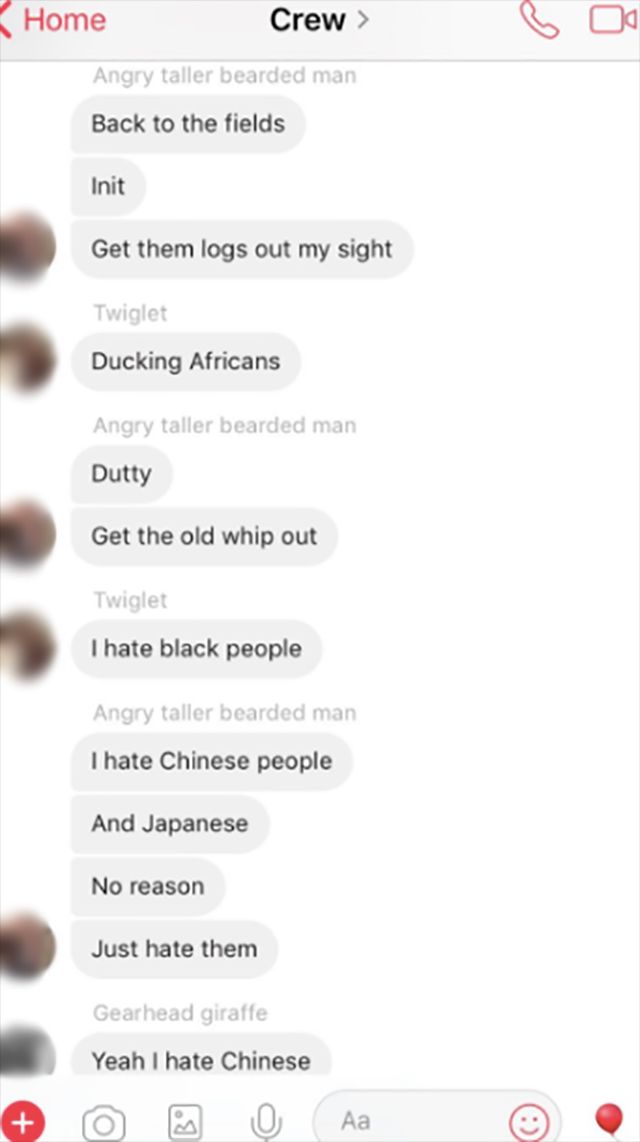 The boys then went on to list other races they hated: "I hate Chinese people. And Japanese. No reason. Just hate them."

With another adding: "Yeah I hate Chinese".

Telma posted the screenshots on Facebook, saying: "Never have I ever been so disgusted reading something like this." She then names the boys alleged to have made these comments and asks what she had ever done to them to deserve their hatred.

Telma ended her post with: "I really hope karma hurts you as much as you've hurt me." 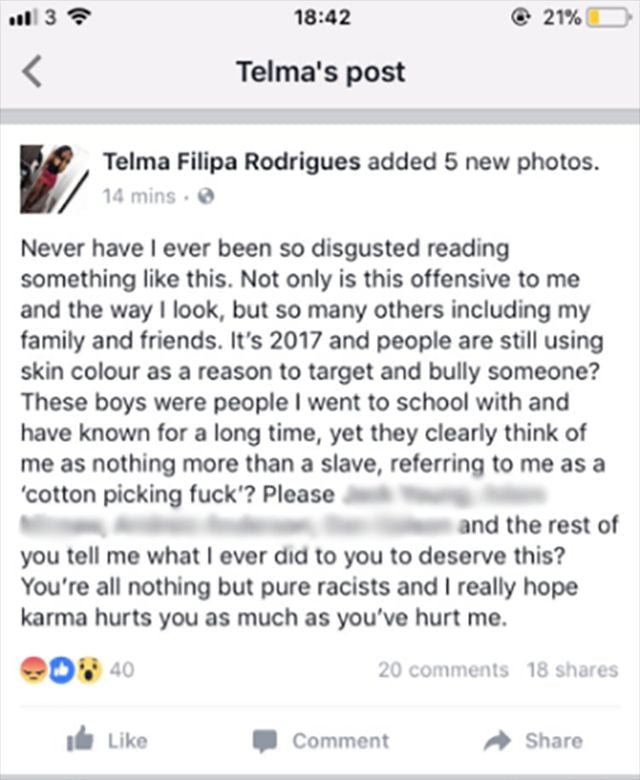 The Tab are working to confirm the identities of these boys. If you know who they are or have any further information, please email [email protected]

Feeling useless in the pandemic? Here’s how you can easily help your local community