It definitely left a lasting IMPACT

Fashion Shows are undoubtedly the glamorous pinnacle of second term. First, we had the DU show, and now, each of the colleges are bringing up their offering of a reprieve to the dreaded summative season.

Van Mildert’s show was on Saturday 9th March – this year, in aid of DASH. A locally based charity, Durham Action on Single Housing provides both supported and unsupported housing to people who are homeless, or on the verge of becoming homeless. 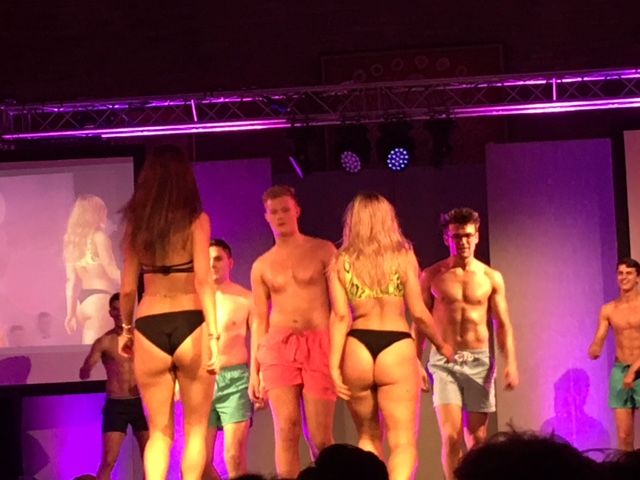 The show’s theme this year was "Impact": Designed to make us conscious of our own individual actions, and the effects that they can have on ourselves, our environment, and everyone else around us.

On the theme, the Exec said, "We desire to transmit a sense of global community and support amongst all people, by using 13 different walks to focus on thirteen elements, which can be traced on every human, regardless of who you are, and where you live".

In the safe hands of Director, Dominic Pogge-von Strandmann, we were treated to a feast of environmentally-conscious, morally motivated walks, each offering their own spin on what could be considered quite a broad theme. 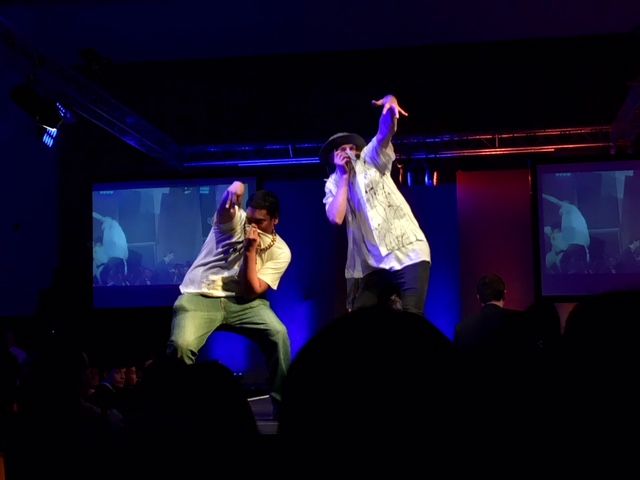 Such a theme is perhaps most appropriate to Mildert’s show, rather than any other college, due their ethos which is designed to make participation in the show as accessible as possible.

Rather than model "auditions", the college has "sign-ups", and as such, anyone wanting to walk gets to do so. As a result, the show was a wonderfully inclusive celebration, featuring all body-types and personalities on every one of its walks, which gave it a much less pretentious feel than perhaps some of the other shows have been accused of in the past. 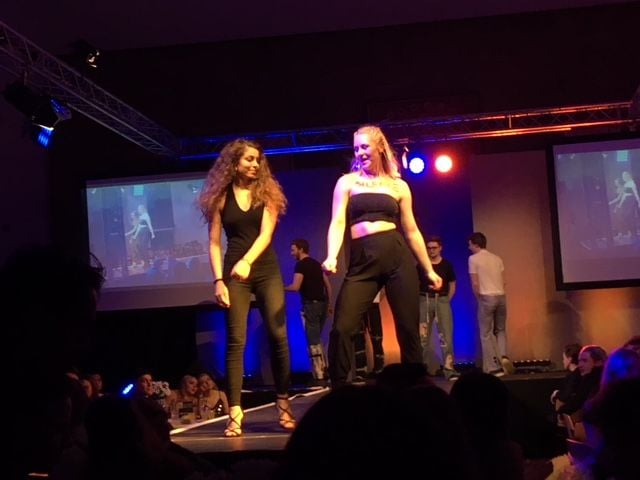 Empowerment was definitely the order of the night, with the highly entertaining Talent walk in the first half showcasing a fun series of basketball jerseys. Whilst some of the clothing in the Mildert show lacks the haute-couture vibes that other colleges may have access to, this is more than made up for by the interaction between models on stage.

Everyone looked like they were having an amazing time, and the encouragement everyone seemed to be giving one another made everyone seem much more at ease.

Another highlight was the "Politics" walk, featuring shirts from student-based refugee charity, SolidariTee. Choreographed to Kanye West’s "Power", it really was an epitomising reminder of the do-good motivations of fashion shows in the first place. On the whole, music choices were strong, and all fitted the vibes of their respective walks brilliantly. 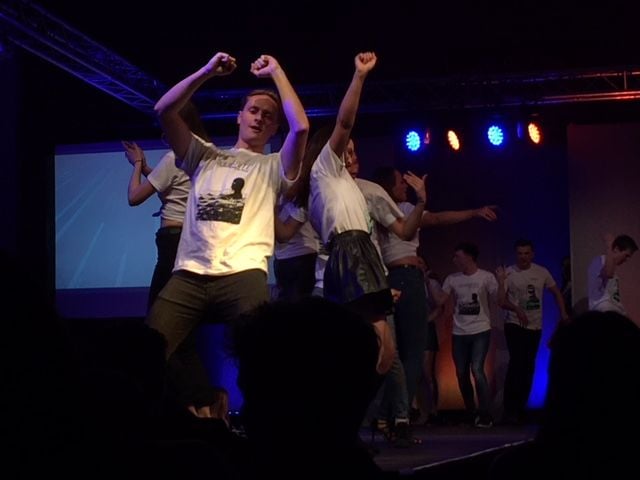 At times, on the surface, it was difficult to see how the clothing being modelled fitted into the environmental undertones of the theme. However, research into some of the sponsoring brands taught me plenty about their sustainable manufacturing processes.

Many other sponsors are local young people, just starting out in their fashion careers, which was lovely touch, and a nod to local talent. Highlights for me included the Lili Pearl outfits in the "Environment" walk, and the bold colours of Northumbria grad, Lucy Leybourne in the "Art" walk. 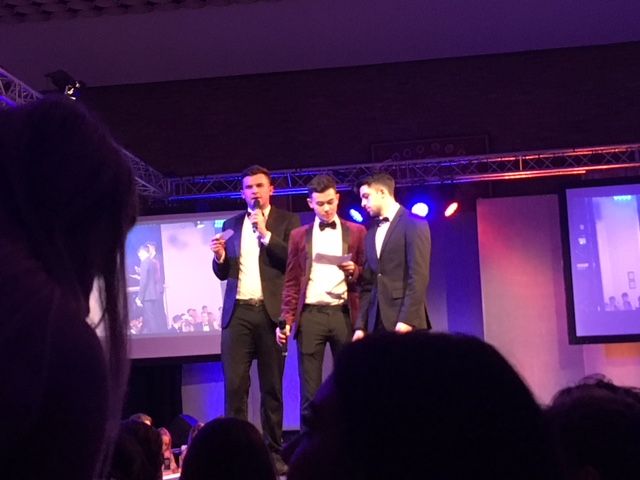 The three compères, Rob, Eric and Matty did a great job of handling what was quite a rowdy, boozy crowd, even if, at times, it was a little difficult to hear what they were saying.

Interestingly, too, the compères also doubled up as models in the show themselves, so often ending up presenting in outfits other than the jazzy suits they started out with.

With a raffle during the break, along with a Mean Girls-style "gossip submission" box set up before the show, audience participation was strong, and allowed everyone both on and off-stage to feel like they were important to, and involved with the running of the show. 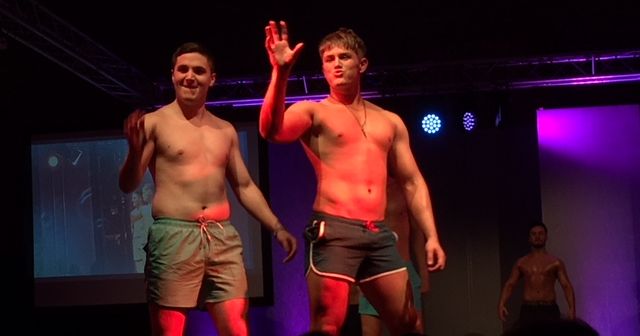 Of course, no Fashion Show would be complete without the swimwear and underwear walks, aptly named the "Liberation", "Love" and "Joy" walks – and with most of these models being oiled up and tanned to the nines.

Granted, it was a little difficult to see how these particular walks explicitly fitted into the show’s theme, but then still, they were great fun. Plus, in a show which already made such a strong statement of sustainability and general woke-ness, I guess there’s no harm in indulging in a little vanity from time to time. The diversity within these walks was one of its most apparent aspects, and I have to say, everyone looked amazing. 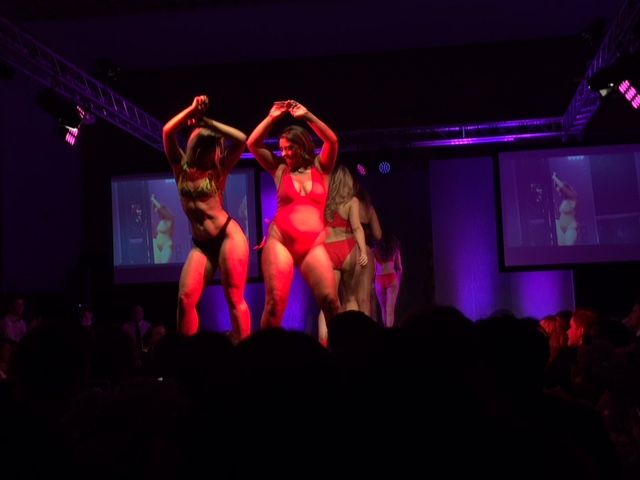 All in all, it was a wonderful night – so much so that my handbag didn’t even make it home from the Studio afterparty at the end of it.

The unpretentious focus on college spirit, whilst raising money for an excellent local cause made it a refreshing celebration of what these shows are all about. I’ll definitely be back next year.

Any additional contributions to DASH can be made here.