VIDEO: Pyromania on Gordon Road as ballsy students set off fireworks in the street

They staged their own incendiary performance

A group of students living on Gordon Road set off a series of fireworks in the middle of the street, which stems off Richmond Road.

The pyrotechnics started just after 6.30pm and lasted for several minutes, holding up traffic and illuminating the dreary surroundings. 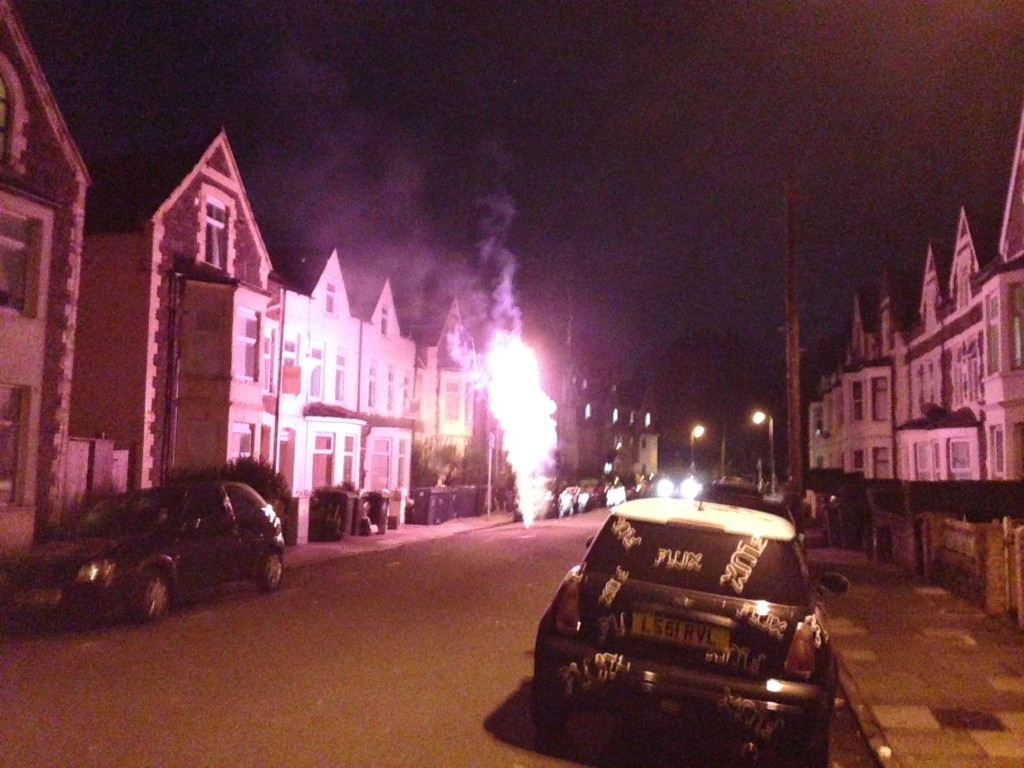 The purple light in this firework is created with a mixture of strontium and copper compounds.

The display drew a crowd of intrigued onlookers and mixed responses.

One resident screamed: “Clean that shit off my car, why don’t you use your garden.”

While another simply added: “Whey!”

The admiration and awe that the show originally provoked quickly changed when the event’s organisers and technicians started to deploy their fireworks by holding them aloft, pointed toward the sky. 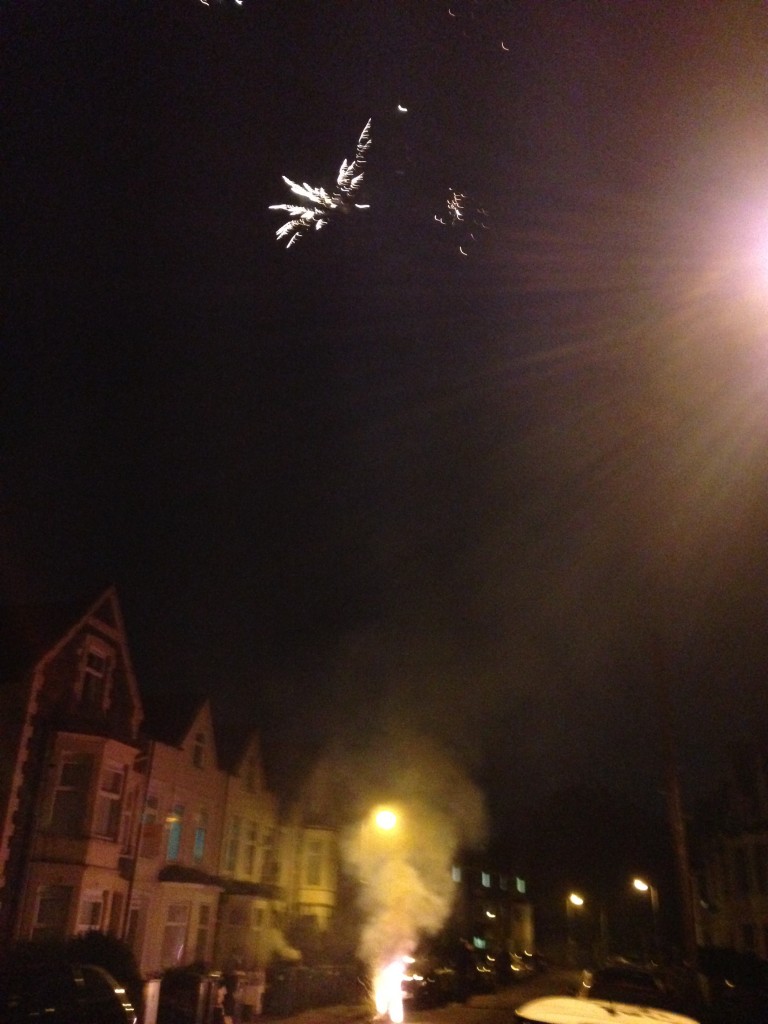 After a successful debut, the organisers of the Gordon Road display are considering including a bonfire at next year’s event.