Promo firm under fire again for another tasteless marketing stunt

Climax Promotions gave students a chart encouraging them to tally the amount of times they vomit, the chunderchart, and also their sexual conquests, the shagchart. 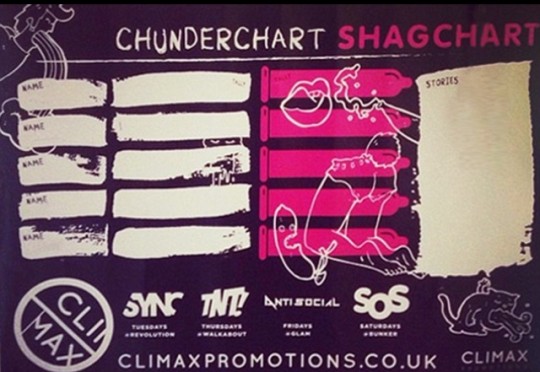 The desperate tactic to incite binge drinking and debauchery for the sake of increased ticket sales has, unsurprisingly, backfired. Cardiff University Students Union were less than impressed.

Vice President Faraz Alauddin told The Daily Mail: “Cardiff University Students’ Union does not support, endorse or encourage this sort of promotional material or lad culture. The Students’ Union has a strict advertising policy that does not allow such material on campus.

“Companies of this type try to gain access to University campus without consent, especially during Freshers’ Week. We do not have and would not consider a relationship with the company in question.”

Laura Carter, elected Women’s Officer for Cardiff University Students’ Union, said: “I’m glad that the Union have condemned the charts and any material that encourages the sexualisation and objectification of women should be prohibited from the Union.”

Billy, a PhD student, was less than impressed. He said: “This is disturbing. I actually think it marks a wider trend across promotions companies, using seedy marketing tactics.” 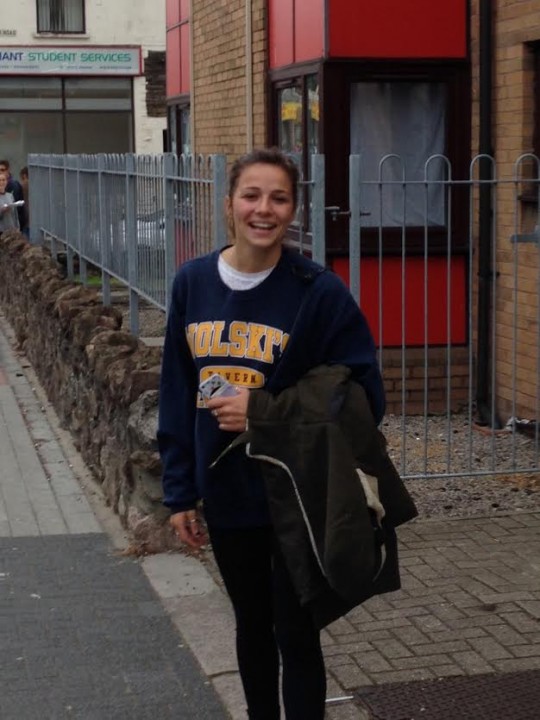 Katherine said the poster was degrading, but that freshers would find it funny

Katherine, a third year Business student, said: “I think it’s quite fun. And interesting way to compare your nights out. Maybe a little bit degrading, but I think freshers will like that.”

Last year, Climax included a rape joke when promoting a night affiliated with Cardiff Met, as reported by The Tab.

The company was branded “disgusting” when they used a poster carrying the message: “I was raping a woman last night and she cried, ‘Please, think of my children.’ Kinky bitch.” 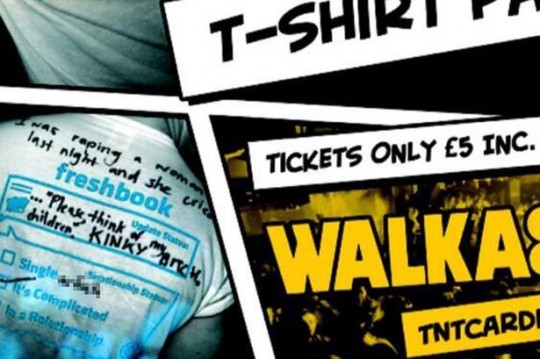 This poster, complete with rape joke, was widely published around Cardiff Met’s campus.

It can now be revealed that Met’s SU continues to do business with Climax promotions. Purchasing a Freshers Wristband from Met’s Students’ Union gains you entrance to a Climax promoted event, Anti-Social Fridays at Glam.

A representative for Walkabout, where Climax run TNT on a Thursday night, said: “We have only just been made aware of these wall charts and are appalled by their nature and unreservedly condemn the contents.

“The posters were designed and printed by Climax. The charts were not sent to us for approval – we knew nothing about them.

“We apologise whole-heartedly for any offence this may have caused.”

Vodka Revolution, who have a nationwide business partnership with Climax that includes Loughborough and Bournemouth, were unavailable for comment at the time of writing.

Adam Gore, co-owner of Climax, spoke briefly to The Tab only to delay an interview, and has since evaded our phone calls.