It’s not the winning, it’s the taking part that counts

Tuesday morning saw a proverbial David vs Goliath mismatch as the Cardiff University 1st Team took on a Newport County FC side compiled of several first-team players alongside youth and reserve future talents. Was this to be an upset of gargantuan proportions or just another routine result?

Well it finished 8-0 to Newport and here at the Tab we were wondering if this was a mutually beneficial arrangement or if this was an unfair demolition job.

In principle, the match was arranged as a precursor for a new agreement to let Newport use the University’s 33-acre facility at Llanrumney for training. This agreement is to be stretched out over two years and as a result Newport County will be using the site as a base for their current League Two campaign and beyond.

It also makes the site Newport’s ‘Official Training Ground Partner.’ The match with the University was part of the deal and in light of the result, we spoke to current Cardiff University 1st Team midfielder Scott Chester in order to gauge whether this was a beneficial matchup for the University players, he stated:

“Obviously it was great to be able to play against genuine professional footballers, especially considering some of their lads were 1st teamers. It was an opportunity you don’t get every day and it’s an experience I will definitely remember. I heard after the game that some of their players had over 50 appearances in the football league, so you can’t buy this kind of match up.”

When asked about the 8-0 score-line and if he felt it would improve them as a team he said,

“The score doesn’t really matter to be honest; it was a really tough test against top players. The main thing was how fit they were, it gave them time on the ball and it made it impossible to get close to them, particularly in midfield. It would have obviously been nice to score but that’s just football sometimes.” 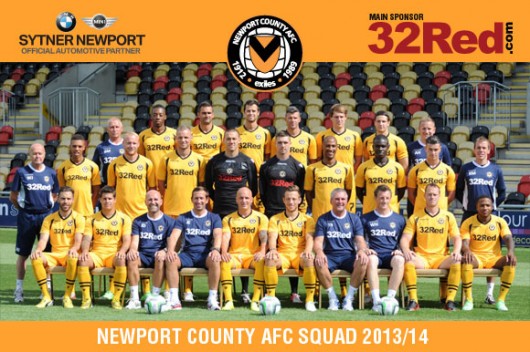 So, despite the clear difference in class, it seems like this match was a worthwhile exercise for both parties. We can only hope that this new arrangement can bring further fixtures for the University and other benefits from being around a professional set up, providing Newport don’t move the goalposts.