The Edinburgh Festival Fringe is the largest arts festival on Earth: an inspiring celebration of the best performance and entertainment coming out of every continent of the planet. In 2012 they enjoyed a record-breaking 2,695 different shows, staging 42,096 performances in 279 venues with 22,457 performers from over 47 countries. There was never a dull moment. It was my very first experience of the Edinburgh Fringe and what an experience it was! I was cast in a production of ‘Wuthering Heights’ performed by Act One (Cardiff University’s Drama Society) at TheSpace on the Mile and we spent months rehearsing for the show in Cardiff before taking it up to Scotland. 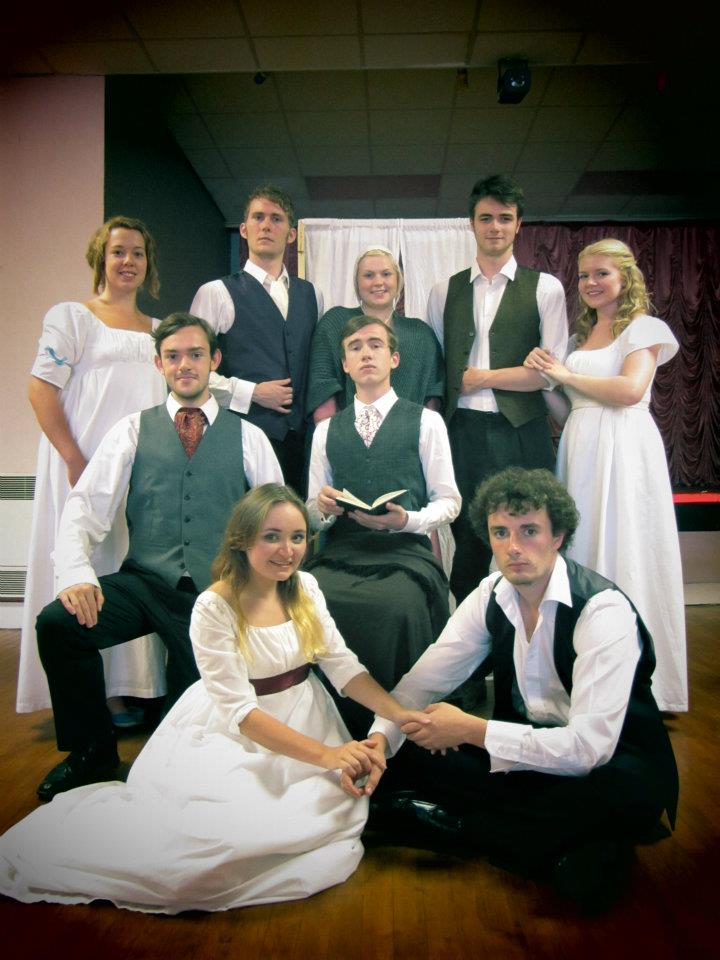 I became involved in Act One in my very first year of University, where I managed to snag the lead role in their production of the musical ‘RENT’. Ever since, I’ve only been involved in musicals within the society, so this was an interesting foray into straight acting. However, nothing that I had experienced within Act One could have prepared me for the atmosphere and chaos that the Royal Mile would bring. Every single person trying to convince you that their show would be “the best thing you’d ever see”, or that their show would change your life in some magical way. To be fair to a few of them, they truly did. Anthony Rapp’s ‘Without You’ was truly an honour to watch: a beautiful and honest portrayal of his life. ‘A Clockwork Orange’ performed by ‘Action To The Word’ was absolutely stunning. Incorporating an all-male cast it was shockingly clever and visually enthralling. Our show, being a well-known name, was met with rather contrasting opinions, even from passersby on the Royal Mile. Some people would stop and have good 10 minute conversations about how Cathy and Heathcliff’s tragic romance had changed their life, whilst others would hear the name ‘Wuthering Heights’, be taken back to their A-Levels, and run away screaming. It was this, however, that made the flyering part of our job so much fun; we never knew how people would react to such a famous name.

However, our company varied in flyering technique. One girl, who shall remain nameless, decided on using Kate Bush’s ‘Wuthering Heights’ as our biggest selling point. We just hoped that upon coming to see the show, the crowd weren’t disappointed that in absolutely no way did we include the 70’s hit. From this point on, we felt we had to clarify to passersby that our show was 100% Kate Bush free. Some people were delighted at this, whilst fans of the singer turned up their noses in disgust.

Overall, the press received us very well. FringeReview gave our production a 4 star review, claiming he was “completely swept up by the performers” and the “direction [was] very well considered and the death of Cathy was a particular high point.” This reception was the cherry on what was one of the most rewarding and enjoyable weeks of my life (not to mention being recognised by a hoard of screaming fans in the pub, if you can count two people as a hoard). The Edinburgh Fringe Festival is a must for all lovers of theatre, comedy and music and I highly recommend it and will be sure to visit again next year.