The Tab caught up with rugby union’s 1st XV skipper and found him targeting league and Varsity glory.

What does it mean to you to be Cardiff’s 1st XV captain? 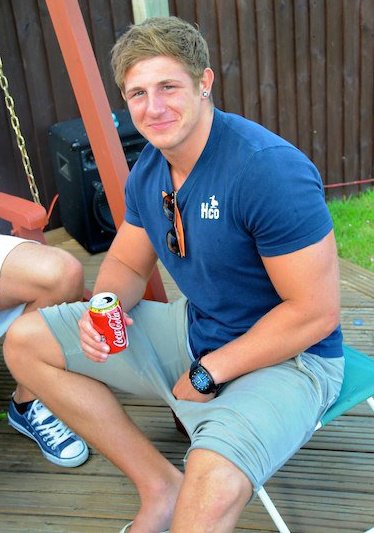 Ross can barely contain his excitement

It is a great honour to captain Cardiff University having played for the team for four years and forming strong friendships throughout. Many quality players, including my good friend Jake Cooper-Woolley, have been given the honour before me so I hope I can live up to the expectation and pay justice to the role.

What are your aims for the season, both as an individual and as a team?

Most importantly, my aims for the team this season are very high. We have a tough job as a squad to follow the achievements of last season, where we had the best season of any CURFC squad in history. I believe that if we work hard we have the ability to take another step up. Some people may think that I am aiming too high, but this year I believe we can win the league, the cup and the Welsh Varsity match.

My individual aim is to play the best I can every week and lead by example with my performances. After spending pre-season in a professional environment with Newport Gwent Dragons I feel that I have been able to further myself as a player. I hope that throughout the season I can impress the right people and add to the two appearances I made against Biarritz and London Irish earlier this year.

Do you think being captain will change your performance in any way?

No I don’t think so. Captain or not, I always aim to play to the best of my ability and strive to bring the best out of the players around me.

What would you say to the new crop of players (First Years) thinking about joining Cardiff University RFC? What does it add to Uni life?

I would encourage all new students to join a sports club within the University. If rugby is their chosen sport then I believe they will be joining the best club in the University. Joining CURFC has not only helped keep me fit and provided me with a high level of sporting competition each week, but it has added so much to my social life. The way I look at it, when I joined CURFC it was like joining a family within the University. On the pitch, on nights out or even just chilling out throughout the week, these are the people who I would spend the next four years with and these boys know how to have a good time. I have had some of the best memories among this group of boys and I am sure more will be made this year.

As an extra incentive to any players who aspire to take their careers in rugby to the next level, CURFC has proven to pass many students onto semi-professional / professional environments. The added shop window effect is now provided through the Welsh Varsity match which is played in the Millennium Stadium and shown live on television.

Seeing last year’s captain (Jake Cooper-Woolley – Cardiff Blues) go on to professional rugby, does this inspire you to follow a similar path?

Yes it does, especially as Jake and I are close friends and were both playing for the same club side outside of university last season. Jake worked hard and stood out in almost every game last season. I will train hard and play as well as I can at every opportunity and that’s all I can do.

What would you prefer, a league win or to retain the Varsity title? and why?

Having said this, I do not believe that it is a matter of choosing one or the other. I want to win both and we can win both, what a season that would be.