The Minister for Universities confirmed yesterday the withdrawal of the EU, EEA and Swiss students’ home fee status and their eligibility for the student loan for UK universities. “Following our decision to leave the EU, EU, other EEA and Swiss nationals will no longer be eligible for home fee status, undergraduate, postgraduate and advanced learner financial support from Student Finance England for courses starting in academic year 2021/22″,  the Minister wrote in the statement.

This move makes Cambridge, and other top UK universities, even less accessible and less diverse than it has been so far. Although the change in regulation is disheartening for all future European students, it will especially alienate those applicants who are coming from regions with a low GDP and average wage. For students from these areas, applying to Cambridge is already such an unbelievable dream, as if it were Hogwarts. The representatives of Central-Eastern European societies at Cambridge tend to agree that the hardest part is generally convincing the applicants that they can make it to Cambridge. With the new regulation, Cambridge education will be even more distant for Eastern Europeans.

Alexandra has been a volunteer promoting Cambridge University in her local Hungarian school, but after this news, she would feel like a hypocrite to do so: “I had a presentation in my local secondary school about access, but after this, I could not stand in front of those students telling them everything will be ok when the fees are 3 x 30K and there is no loan. And if there is no bursary either, you cannot finance maintenance. I would have not applied knowing I could not finance it. That’s the reason why I have not applied to London, for example.” Alexandra also added that the fact that it is forbidden to work while studying in Cambridge blocks you from helping your own finances: “In contrast, at other UK universities, you can cover your maintenance working as a bartender or in other service jobs.”

A second-year Hungarian student told The Tab Cambridge that she had stopped her loan because the interest was too high in recent years due to inflation. Last year she was financed by her parents, but they could not have afforded the non-home fee. She added: “The loss of home fee status is even worse because there is no scholarship which would be enough to cover it. The 3 x £9K can be solved if you get two other scholarships, but the 3 x £35K is a perfectly different dimension. The international fee is ridiculous.”

“It will be a full stop for us”, summarised Hanna from the Hungarian Society. 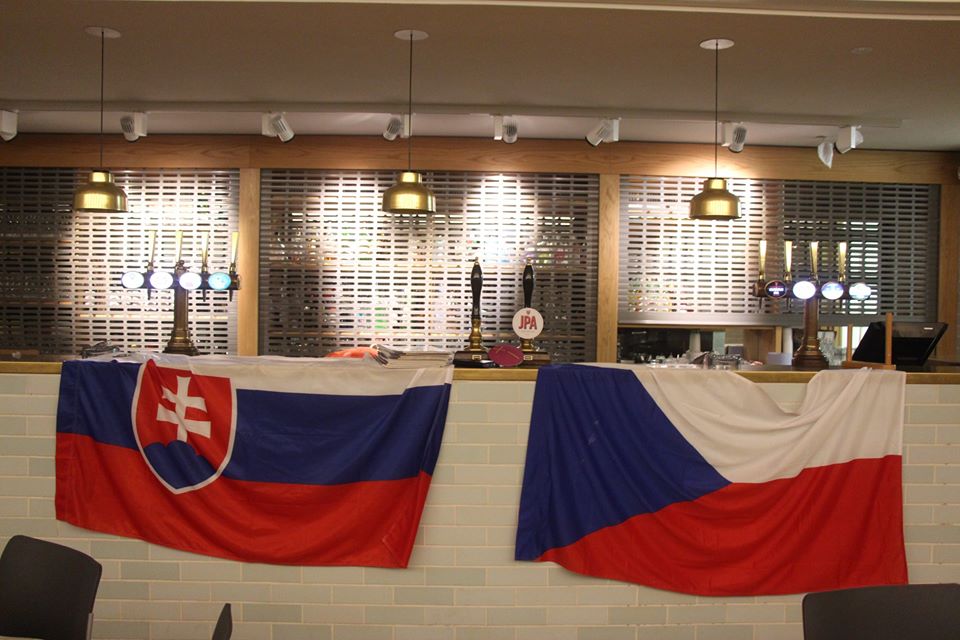 Katerina from the Czech Republic agreed with the Hungarian students: “It’s so bad. My parents paid for my studies but would not have been able to finance it if we had to pay the international fee. I got very lucky because my parents sacrificed a lot to save money for my studies, they just stopped spending money on anything else. I really hope that one day I’ll be able to repay them for this.”

“We are saddened by the decision, although it was not unexpected”, said Jiří Etrych, president of the Czech & Slovak Society. He said: “The international fees are prohibitive for a vast majority of applicants from the Czech Republic and Slovakia, and without the possibility of a loan, we expect the student numbers to drop significantly. There are foundations and colleges that can provide full-cost scholarships and bursaries, however, the number of those is already very limited and this is likely to get worse now.”  On the other hand, he hopes that the recent development might encourage more such schemes to be implemented to allow more students to study in Cambridge in the future.

“I started my undergraduate degree three months after the Brexit vote, and I have lived with the uncertainty caused by it throughout my entire academic journey”, said Teodora from Romania, “I am deeply saddened for all of the Eastern European students whose plans to study in the UK have shattered.”

“We can start packing up the Romanian Society, as there won’t be anyone to represent, four years from now. International fees are prohibitively expensive for our country, and chances to find local foundations willing to fund scholarships are close to none”, confessed Andrei from the Romanian Society. He continues: “And I really hope that Cambridge will offer scholarships for Eastern European students – the UK will be missing out both on Romania’s brain drain and ambitious, hardworking people who chose to take the huge leap of moving in a foreign country at a young age, in search of a better life.” 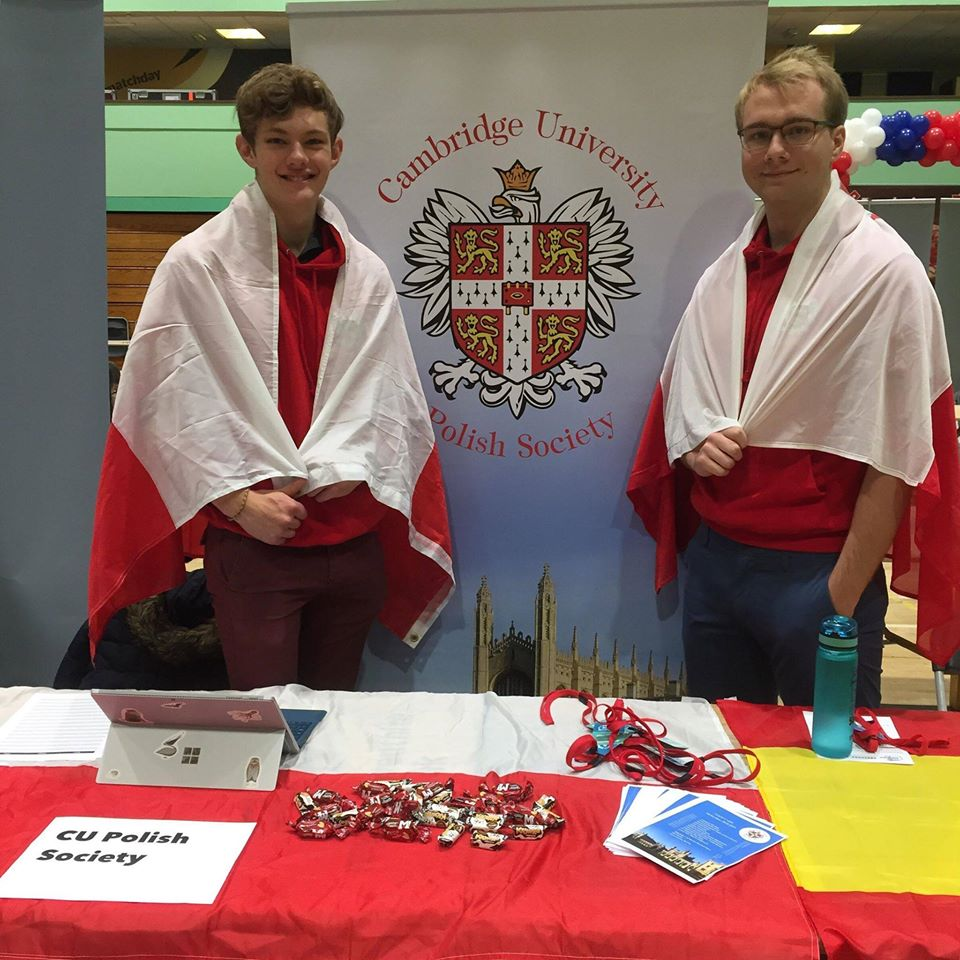 “Most of the Polish students would not be able to start their studies had the fees been increased”, a representative of the Cambridge University Polish Society told the Tab. “The recent changes will inevitably constitute a major blow to the Polish student bodies at Cambridge and all other universities. These increases, combined with the economical adversity imposed on our parents by the aftermath of over 40 years of communism, along with the relatively weak purchasing power of our currency will make the dream of studying at one of the best universities worldwide impossible for many. Even though we are yet to hear more updates from the UK government, Student Finance and the University of Cambridge, the situation seems dire and full of uncertainties – even more so in the trying times of pandemic. Observing as the situation unfolds, we would like to know, as soon as possible, how this will affect funding on different levels (undergraduate/postgraduate) and across the various subjects – notably ones such as medicine or law that are notorious for the overwhelming tuition fees.” 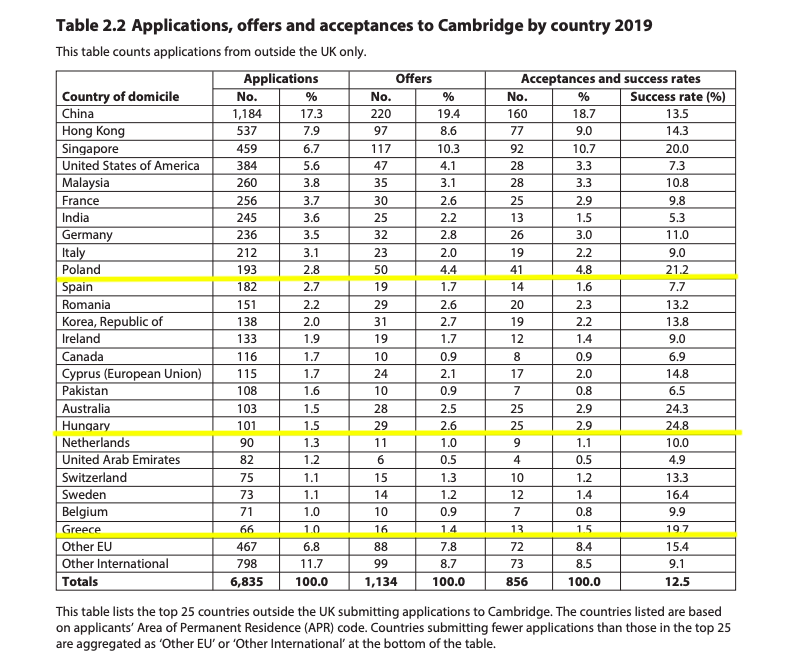 From the comments, it seems that these students could not have come to Cambridge if they had had to pay for international fees, and we can expect to see the consequences of this decision in next year’s application rates. Losing the students from the region would be a vein cut for Cambridge, since Hungary, Poland and Greece are leading in the success rate amongst EU applications in previous years, meaning that the ratio of applied-accepted was the highest amongst students from these countries.

Meanwhile, in the UK, the average wage is three times that of countries in Eastern Europe, like Romania, Hungary, Poland, Slovakia or the Czech Republic. What a few years of saving is for parents in wealthier parts of Europe is a lifetime’s work for the average Eastern European parent. 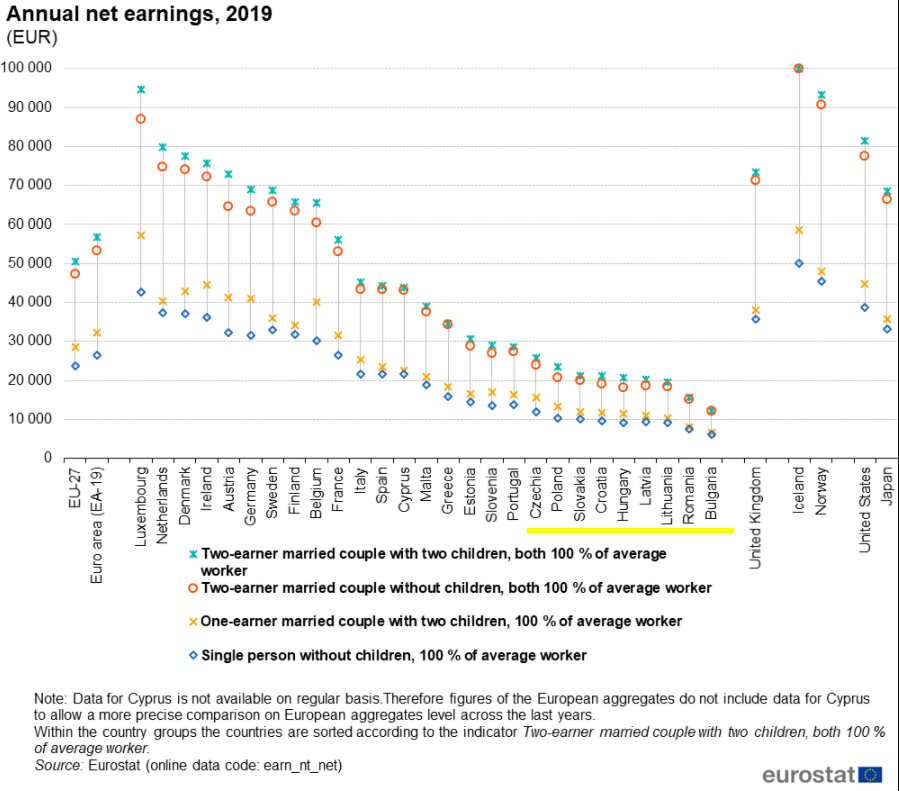 A representative of the Polish society commented: “Currently, there are 265 Polish students at Cambridge, of which 138 are undergraduates – the same number as Germany, despite Poland having half the population. Moreover, Poland has the second highest admission success rate amongst EU countries (21.2% for 2019 entry), and it is in top 10 non-UK countries by nationality at the university. Despite all this, there are no government programs currently in place to support these foreign students. This means that the vast majority of Polish students need to self- or family-fund their studies, rely on help from NGOs, university and college bursaries, student loans, or combinations of all. Increasing the fees would lead to these people no longer being able to study in UK, let alone at Cambridge – one of the country’s most expensive cities to live in.”

The University has since commented in response to the latest change in fee status, saying: “Cambridge benefits from the different experiences and perspectives of all its students, and EU students contribute significantly to the educational fabric of the University. The University will be considering how to respond to the barrier that higher fees may create for future students from lower income backgrounds.”

Anna, studying Asian and Middle Eastern studies at Murray Edwards, touched on a broader issue of access while discussing her own difficulties. “Cambridge which advertises itself with diversity and accessibility is already inaccessible for those international students who are not European, just no one talks about it. The access discourse so far has been only about home issues”.

A spokesperson for CUSU expressed their concern for future international students. They told the Tab: “The possibility of EU/EAA/Swiss students losing their home-fee status and ability to access student loans is a serious concern for access. There will most definitely be a group of students who once would have been able to come to the UK to study who no longer will be able to afford to do so. This highlights a wider issue across the Higher Education sector: that International students are ‘cash cows’, an easy source of money for universities Now more than ever, needs-based funding is crucial for International students. The Students’ Union has been lobbying the university on this issue and will continue to do so.”

Indeed, while there is, fortunately, a lot of discussion about the UK state-school students, international access troubles are swept under the carpet.  If Cambridge wants to be proud of its diversity in the future, it should take determined action in this new situation to keep the students who are from less developed regions.