“Fitness is a journey…”

This was a show that was absolutely bizarre, and I loved it. So did the rest of the surprisingly numerous audience – the show had a spectacular turnout for an ADC Late in exam term (or so I am told; I have little experience in these matters) and I don’t think anyone regretted the venture. Exercise produces endorphins, as we are told by Tigerlily Hutchinson’s hypercharged aerobics instructor Kendra Lee, and endorphins lower stress. So what could be better than being transported to Bounce Studios, under the watchful eye of director Seb Brindle, with its salsa classes replete with Doritos, ballroom dancing for OAPs (for any mature students in the audience), flashbacks to Tough Love Timmy and childhood pageantry, and a truly poetic interpretative dance routine depicting Civil War Venezuela? 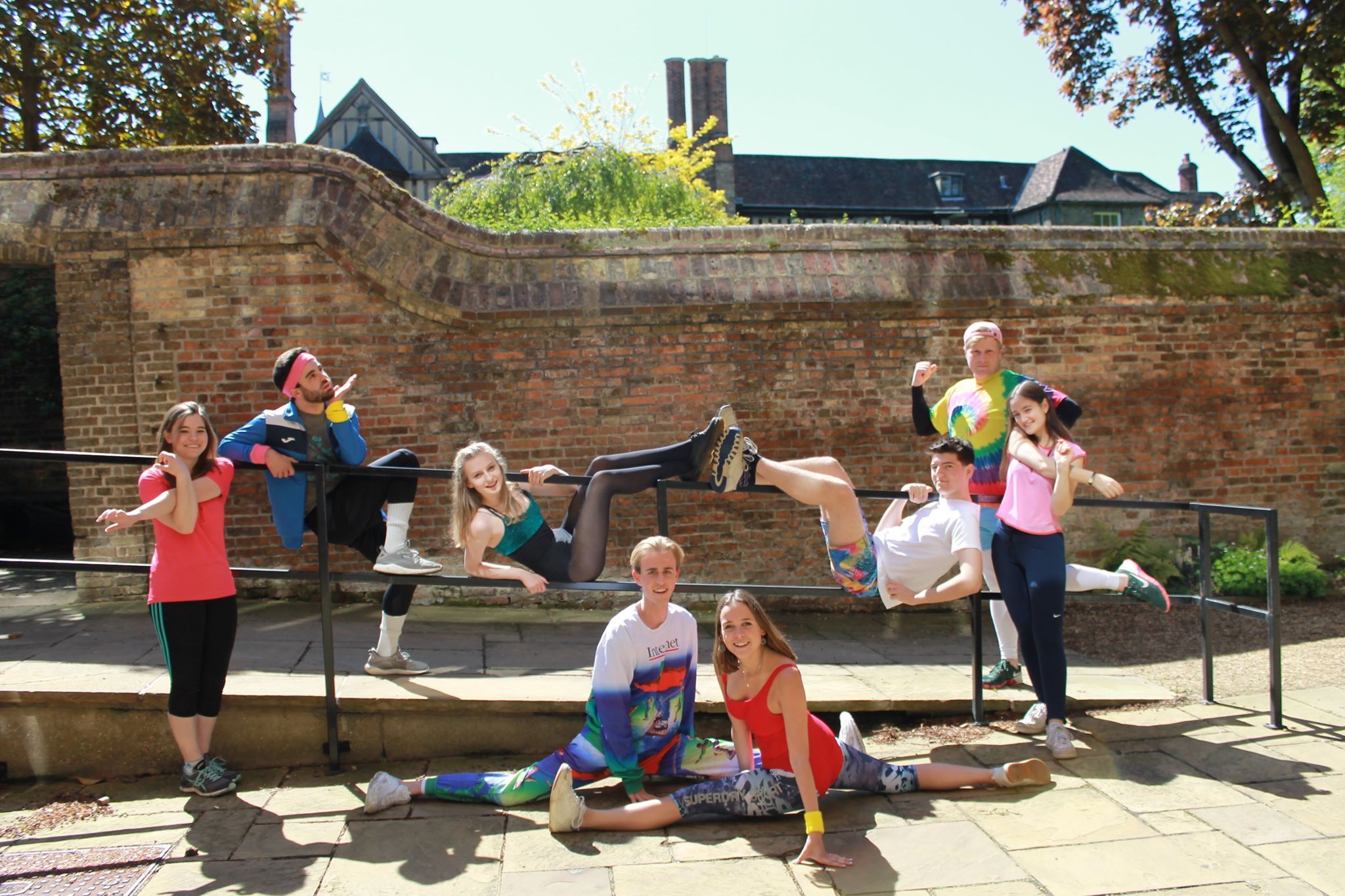 Although the show opens with the stage crammed with people, all attending Kendra Lee’s aerobics class – her cries of “Bounce! Faster!” becoming ever more frantic through the scene – the core cast, responsible for most of the sketches, are Dulcie Whadcock’s studio owner and principal Priscilla (she pronounces both principal and Priscilla with a hard c), the aforementioned Kendra Lee, Sally Sa, the salsa teacher, Wanda (“vvvvv”) the interpretative dance teacher, and Old Man Brodkin, played by Dan Bishop, a caretaker prematurely aged by long baths. This description alone is possibly enough to set the tone of the show, but if that was unclear, then Joe Venable’s opening musical number that accompanies Kendra’s aerobics class makes it clear in rhyming couplets and electric keyboard chords. 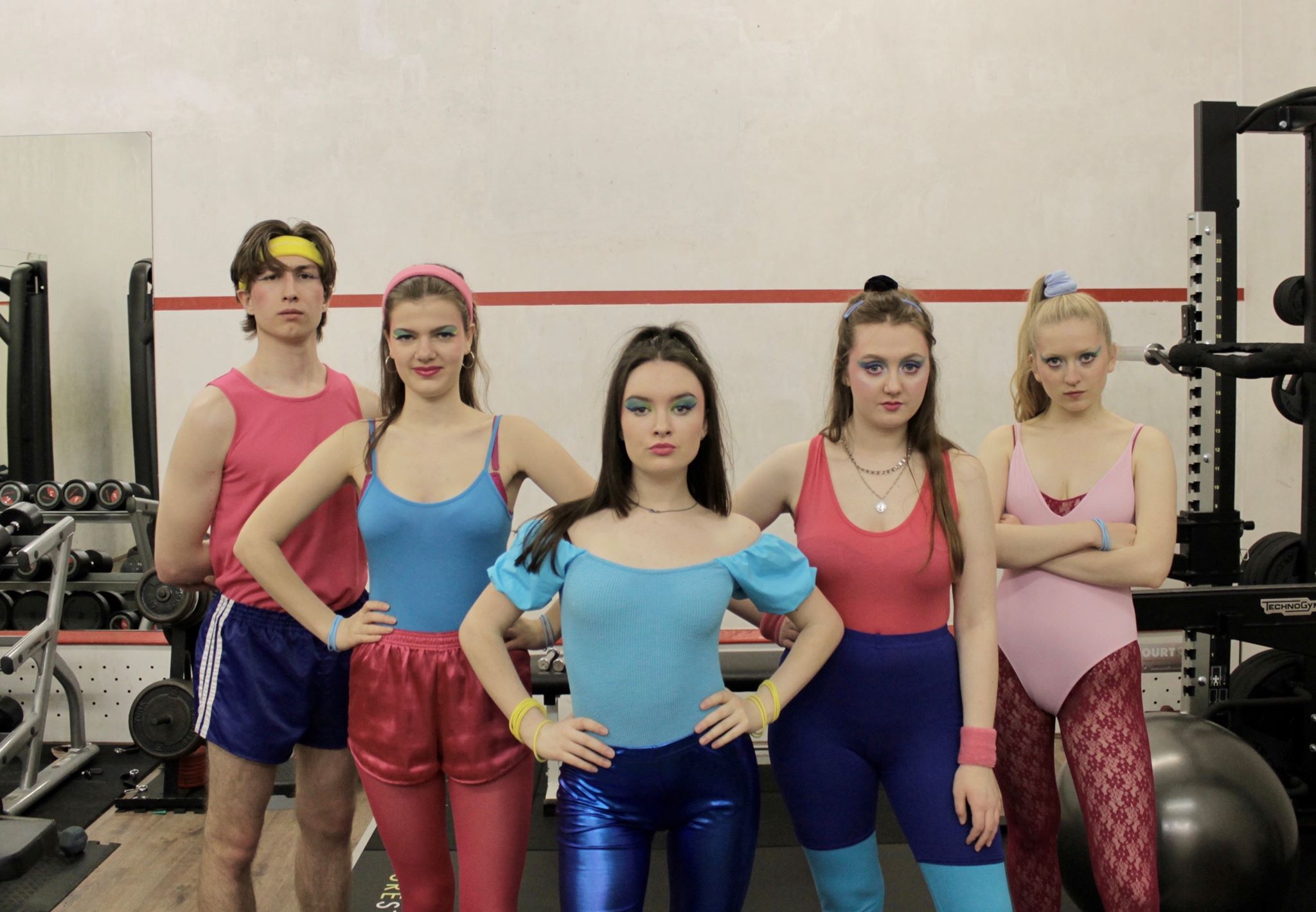 The show is governed by Priscilla’s retirement, and her decision to pass the management of the studio onto one of her instructors. Thus she observes each of their classes in order to choose the most fitting individual as her successor. We watch with her as we move through tragic backstories belying everyone’s origins in dance, to classes in the present day, to reminiscences over past instructors. Sally Sa’s confession, complete with Doritos and a pot of salsa, that she only came to her first salsa class because she thought it involved chip and dip, and only stayed for Kendra Lee, is heartrendingly intimate. We have all thought that salsa classes would be improved by tortilla chips and dips, one way or another.

It is bright, balletic and brilliant; the athletic performance of everyone involved is also remarkable. Rich Bartlett’s performance as Kendra Lee’s overshadowing older brother, Tommy Lee Miller, is so energetic that it makes me feel slightly out of breath to watch, and Dan Bishop’s multiroling as 3 members of a class run by instructor of days past, Tough Love Timmy, as well as the man himself, was athletically inspiring. Almost as much as his… grand reveal, which has to be seen to be believed. 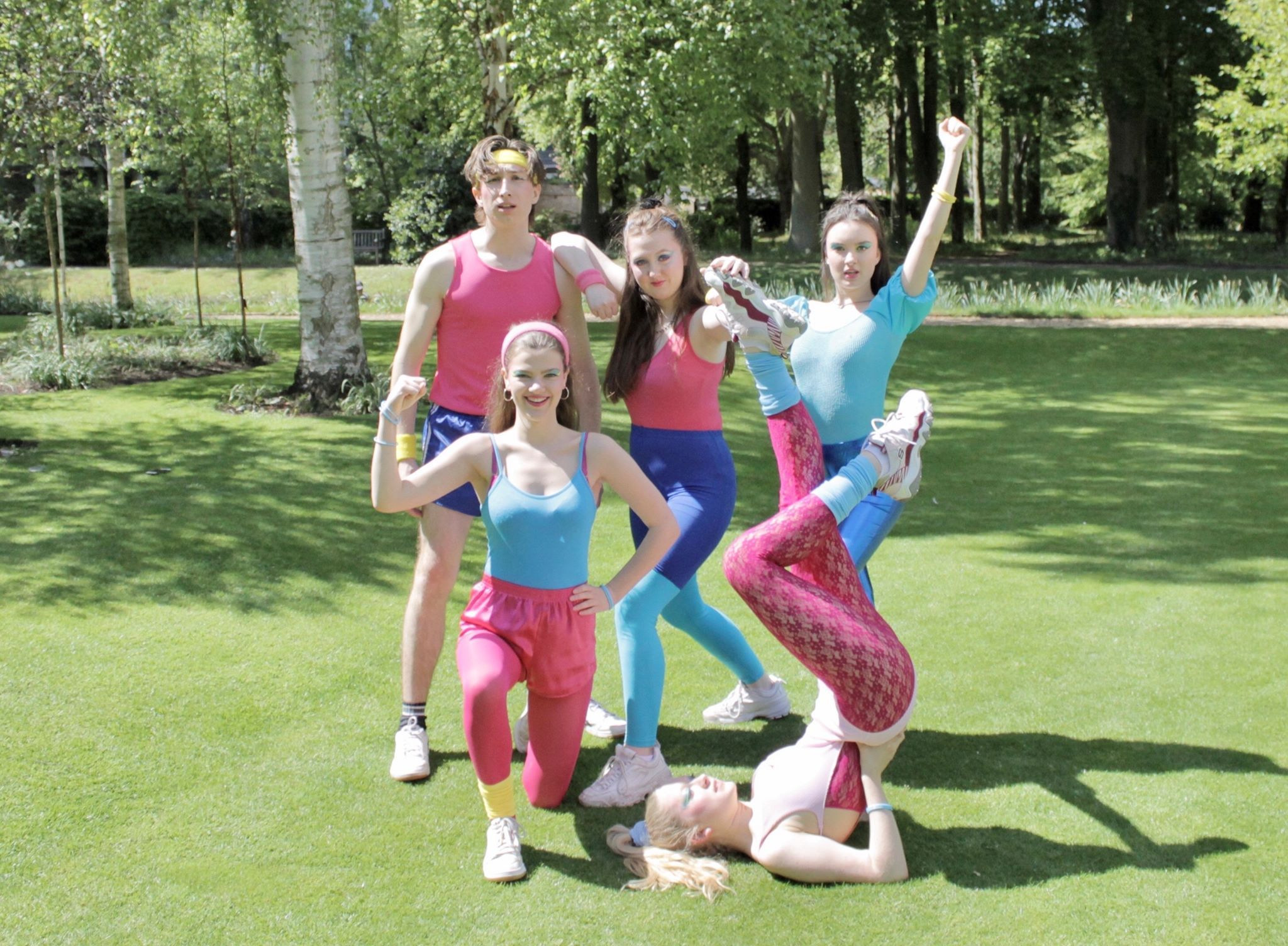 The amount of theatre I attend probably gives you an understanding of how much sport I do, given that my most active extracurricular involves sitting down.

And yet watching the instructors of Bounce Studios, I almost felt inspired to run home and buy a pair of legwarmers online (it’s a late show, so I could hardly go to the shops, it got out at midnight), such was the energy and vivacity of the cast, the absurdity of the humour and the sheer entrancing sparkle of Kendra Lee’s shimmery pink leotard.