The mysterious case of the disappearing Wyverns Garden Party

The Wyverns Garden Party, traditionally held on May Week “Suicide” Sunday, has not been advertised or held ticket sales this year.

The Gentlemen Wyverns of Magdalene College have long been known for their annual Garden Party, which until 2013 featured naked girls wrestling in paddling pools of jelly. 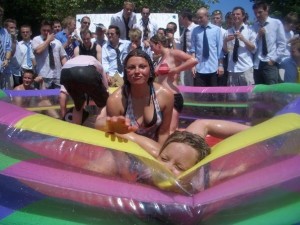 In May 2013 a petition with more than 1100 signatures and the support of the CUSU Women’s Campaign  brought an end to the practice that year, with the Wyverns releasing a statement stating that “the anti-jelly vitriol with which the campaign was conducted forced us to take the threats that we received seriously. We are keen to maintain our reputation as the biggest, loosest, naughtiest, silliest party that Cambridge has to offer.” 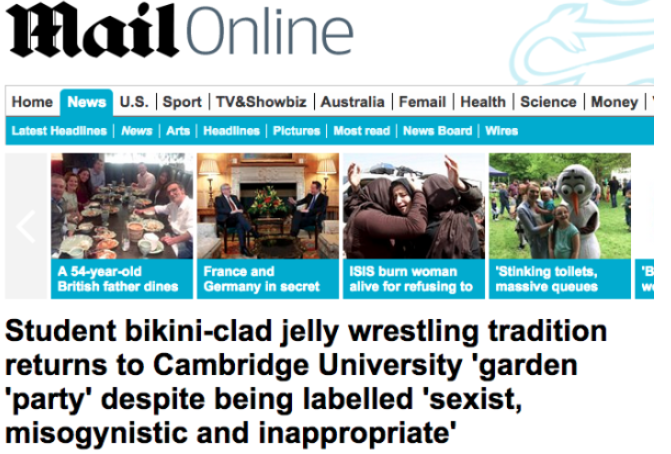 Last year the club’s Social Media mascot, Johnnie Wyvern, announced that the jelly-wrestling tournament was to be reinstated, with men included in the contest. The announcement yielded a storm of protest and eventual climbdown after Magdalene’s donors threw a wobbly.

Last year’s eventually jelly-free party went ahead but did not impress the Tab’s critics, who labelled it a “village fête” and suggested that “time has come for Johnnye Wyvern to finally bow down”. 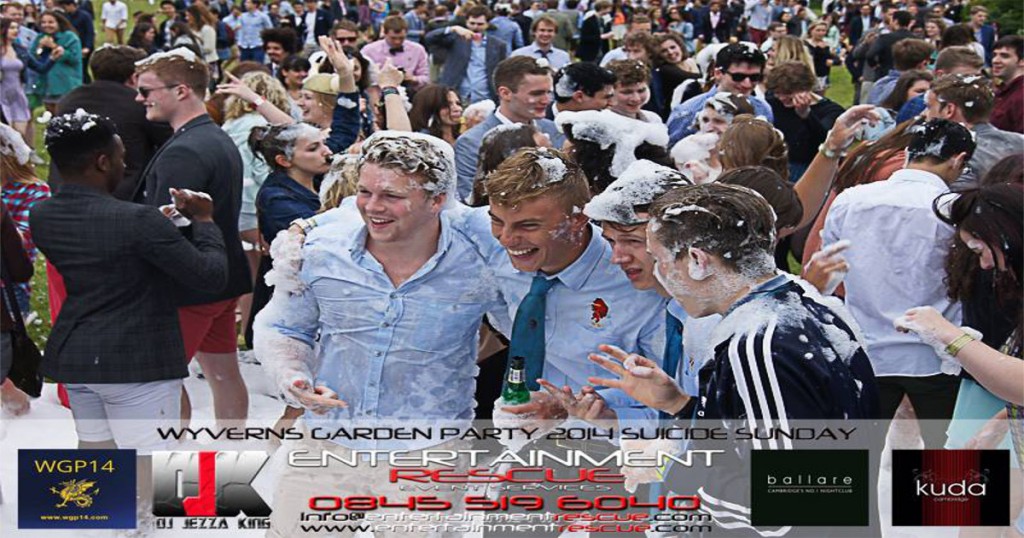 It appears the Wyverns heeded the advice, as the Garden Party was not advertised and tickets did not go on sale for a 2016 event. Johnnie Wyvern, for several years a regular Exam Term social media character, is silent. Several Magdalene students the Tab spoke to said the Wyverns themselves seem to have gone underground. The Wyverns avoided all attempts made by the Tab to contact them. One of several Magdalene students who spoke to the Tab, but like all others, declined to be named, said:

“Most Magdalene students don’t seem to be distraught about little or no chance of a garden party. It’s never exactly been the place to be on Suicide Sunday. I think I’d rather have a few drinks on Jesus Green over watching a huddle of blazer and tie clad children salivating over jelly-wrestlers.”

Another Magdalene student, a fresher, said “I only applied to Magdalene because of the fucking Wyverns. They matched up with my motto of dilettantism and decadence. Saw pictures of the jelly wrestling in the Daily Mail and thought, that’s the place for me. Now it’s not even happening.”

Neither Magdalene College nor the Wyverns responded to requests for comment.

Is this the end of the Wyverns Garden Party? Or will it, like Glastonbury, return after a hiatus?

We spoke to LGBT+ Cambridge students about their experiences in sport

Best Bums 2020 Round Three: Vote for your winner

The festive edition of a Cambridge theatre classic

Faces of Cambridge: Meet the Co-production Group, supporting the most vulnerable in the community

The Tab talks to Tom Tallon and Anne Taylor, founders of ‘the Co-production Group’, about the impact their project has on homelessness in Cambridge

Wrapping the term up with some final bits of advice

The (mis)adventures of writing during a pandemic

The Oxford-Cambridge Boat Race 2021 to be raced at Ely

Guiding you through the end of term

You’ll never guess what we found in the River Cam!

Don’t think I can listen to Mr. Brightside again without bursting into tears

How to deck your halls with some Bridgemas crafts

Still self-isolating? Can’t face the queues? Here’s how to get that Bridgemassy feel without leaving your room!

Trip to the Gyp: Bridgemas Edition

There are currently no leads in the investigation

In conversation with the founders of the Cambridge Language Collective