SOPHIA VAHDATI reports back on her first week as a Dryathlete.

After a year of overindulgence, poor time-management and too many mornings spent dashing to the bathroom 5 minutes before a supervision to grace the toilet with a rainbow sick of Blue VKs, Jaegarbombs and red wine, I decided that 2014 was going to be my year of being wholesome.

To kick this off, what better way to ensure that I behave myself, lose my christmas weight and spend more time doing my work than complaining about it from the depths of a prickly hangover than to become a DRYATHLETE? The Dryathlon (no alcohol for 31 days in aid of Cancer Research UK) appeared to be the perfect plan.

1) I would stay off the drink because otherwise I’d be cheating a CHARITY.

2) People won’t try to pressure me to drink because then they’d be indirectly swindling a CHARITY.

3) Instead of spending my student loan on carefully crafting my own set of physical and mental health problems, I could take a break for a month and feel like a good person by donating lots of money to CHARITY.

Oh little did I know that not drinking for 31 days would be harder than I initially thought…The initial plan of drinking so much on New Year’s Eve that I wouldn’t properly recover from my hangover until February backfired in that I woke up and felt relatively normal, in fact, I looked longingly at the wine being served at lunchtime and almost decided to give up altogether. NO, said a voice inside me, THIS IS FOR CHARITY – (plus I’d already informed all of my friends and family in a superior and abstemious manner that I was becoming a Dryathlete and it would have been too shameful to back out at this point). Glass of wine with lunch – avoided.  I remained iron-willed. 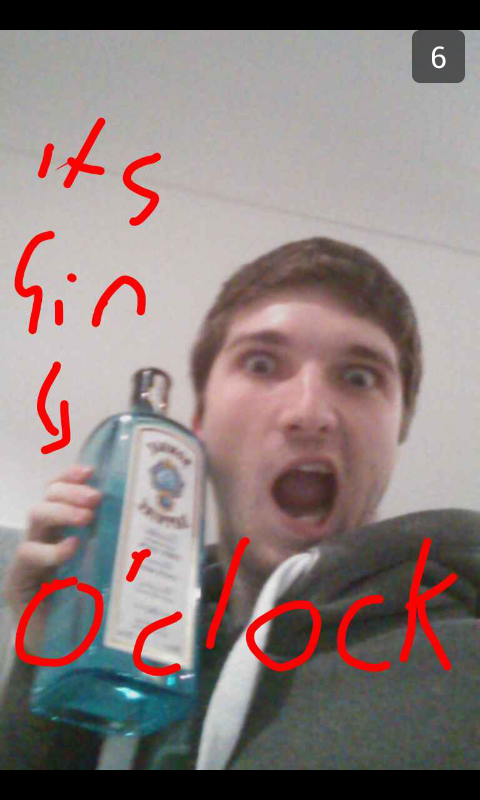 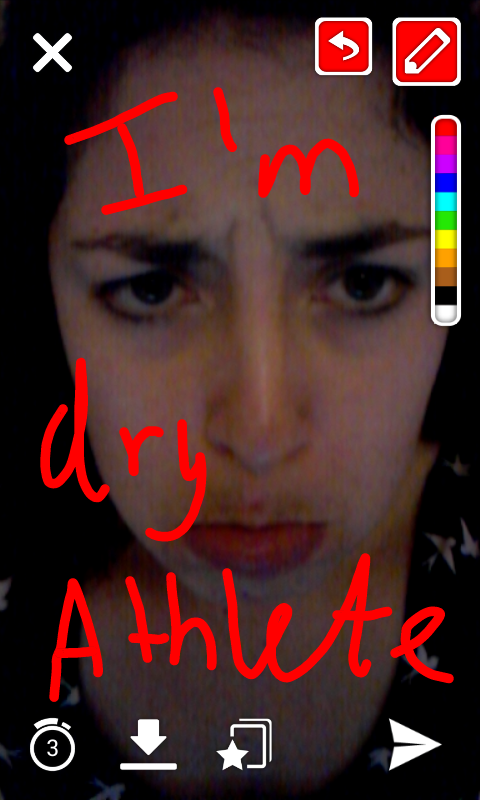 This week held one more hurdle: going out in London.

This was when I realised that reason no.2  was but a naive dream and that actually lots of people didn’t really care about me raising money for charity.  My uncle offered me a glass of wine as I entered his house. I presented my little wristband and spiel of ‘make mine a donation!’ to the family. Everyone carried on about their business as if I had been on mute, my uncle offered me a glass of wine again and my cousin winked at me and told me that she’d sent me a text donation and that my uncle would end up paying it anyway since he pays off her phone bill. Ace.

Luckily, the music was sublime and I was pleasantly surprised to find out that when you dance sober you can concentrate a bit more on your moves; I was feeling adventurous and so tried a few variations on the otherwise constant motif of throwing my arms around and bobbing my head up and down. I was having a great time. Clubbing sober was also the perfect time to try out my new game Drink or Drugs™ which is like a high stakes version of Hipster or Homeless. As it turns out, it’s often surprisingly hard to differentiate between a dribbly slur and an almighty gurn. One lovely girl who fell clearly into the latter category of the game told me that I was an awe-inspiring and amazing person for becoming a Dryathlete and gave me a well-earned break from dancing (surprisingly tiring business) with a long and heart-felt hug. She then whispered in my ear

“But as a Dryathlete, you’re allowed to do drugs right?”

I replied that I’d have to check the terms and conditions but that I was pretty sure it was still illegal to take drugs, even for Dryathletes, she smiled and danced off towards the lasers like a fairy.

The smell of beer, body odour and something that was either bleach or mephedrone was slightly off-putting towards the end of the night and I really felt like I’d had a proper work out, but other than that it was a total success! I hadn’t really been tempted to drink and although I had looked longingly at some of the people who looked like they were having the time of their life, I had mainly just danced to great music with some lovely friends and laughed at really fucked people.  Here’s to week 2,  I fear it’s only going to get harder once we get back to Cam…

If you can find a couple of quid to donate I’d really appreciate it. Despite all the rubbish I talk, Cancer Research UK is a great charity and one that I feel passionate about.