In the first of the series of college buttery reviews, LEAF ARBUTHNOT reviews the food at Hughes Hall.

Before setting a timorous toe in Hughes Hall, I’d never eaten at a post-graduate college. They were culinary no-man’s-lands, I assumed, twitchy with protein-shaken Blues and vegan academics.

But this year, a friend of mine joined their ranks as a post-grad lawyer, and as she’s neither astoundingly old nor puffy with Maximuscle, I thought I’d give her a lunchtime visit.

First impressions of the college weren’t spectacular. Hughes is no architectural belle, combining banal redbrick with offensive grey cement. Still, the dining room itself was fine: modern and airy, with floor-to-ceiling windows looking out over a cricket pitch. 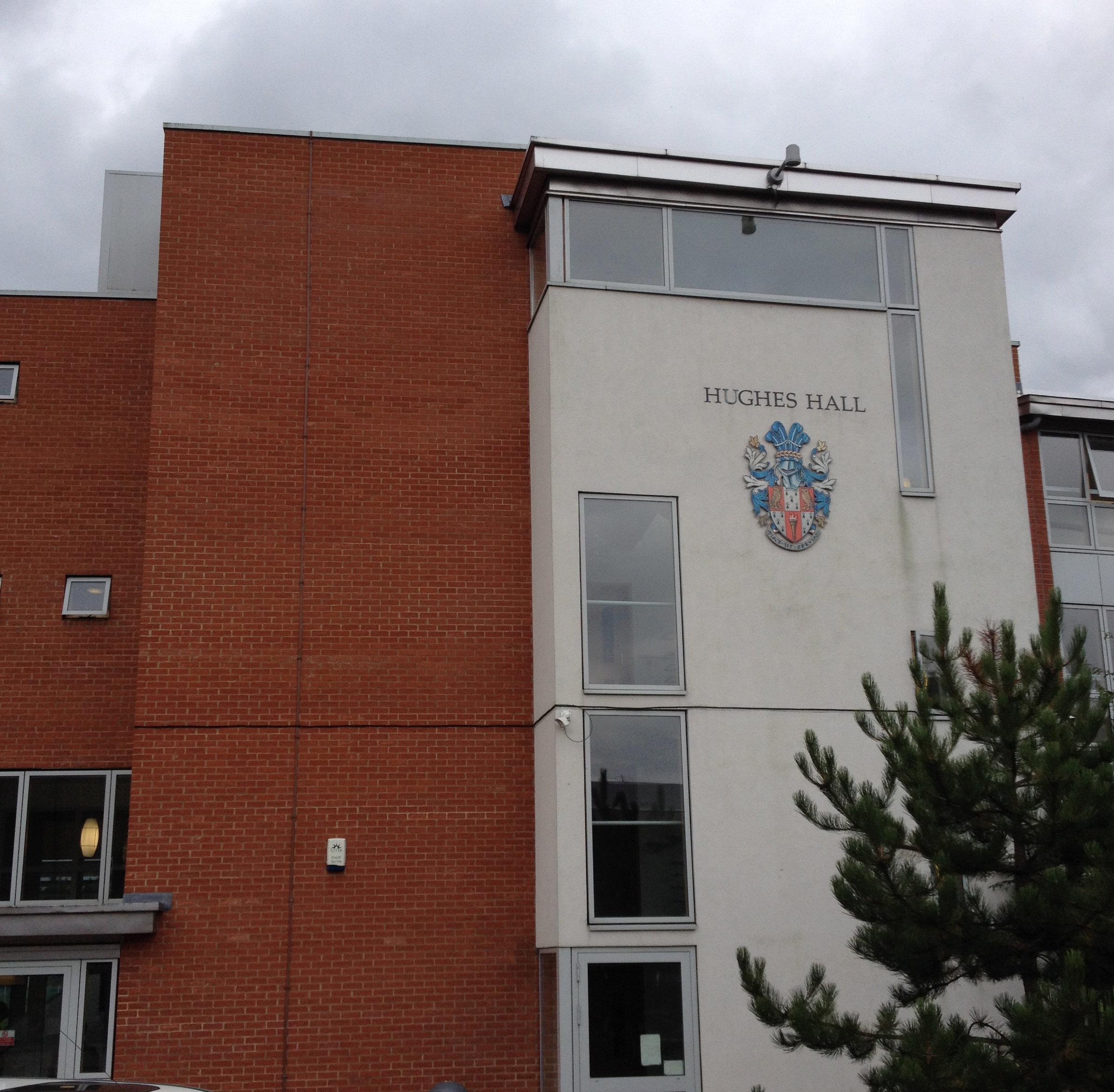 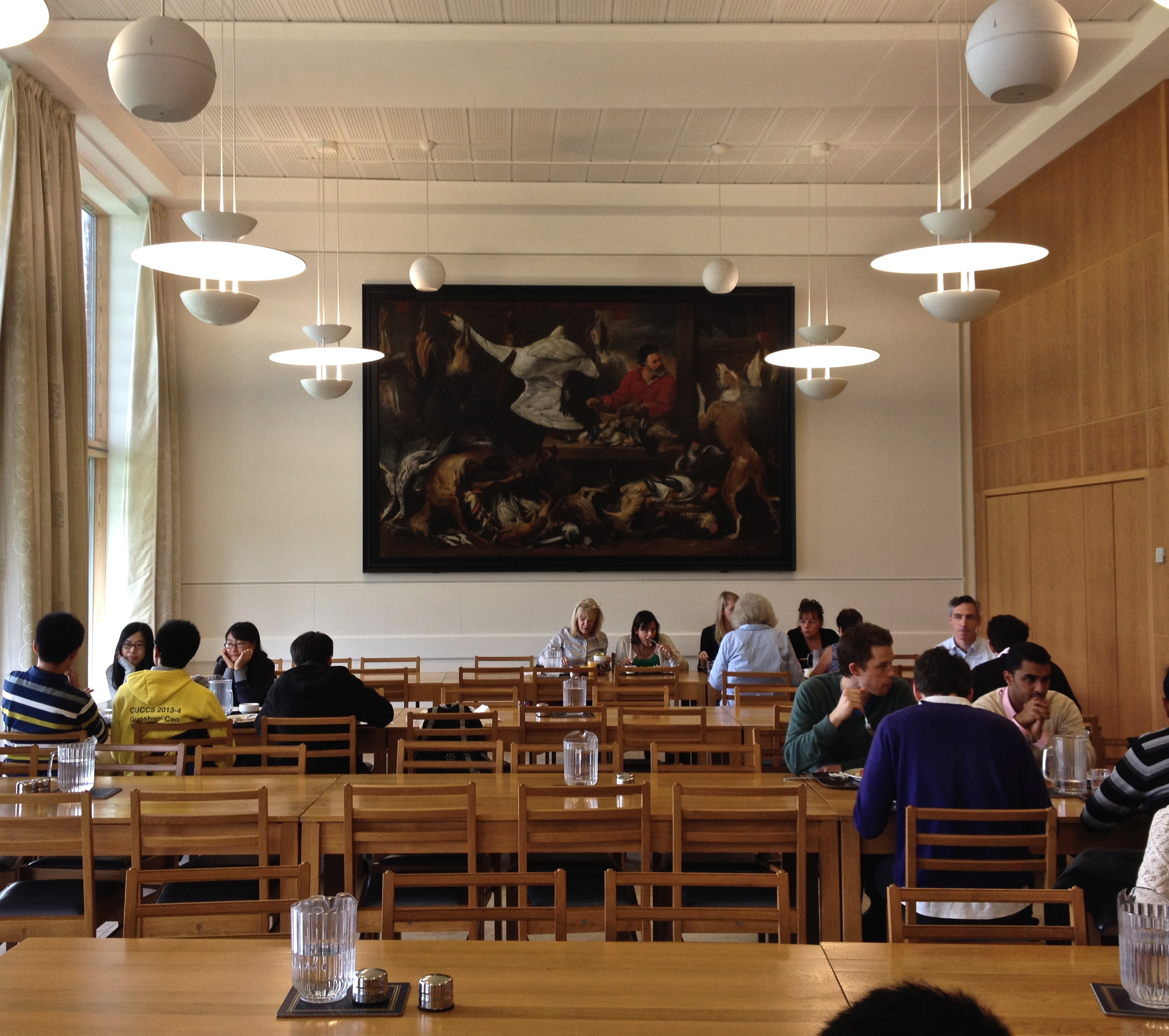 Airy as can be

This being a college for mature students, I was expecting mature food, and was not left wanting. There were none of the turkey twizzlers to push around my plate, no curly fries to use as flirtatious nostril ringlets. There was instead a magnificent lasagne, creaking under the weight of its own tanned mozzarella; chicken breasts enjoying the med life (olived, onioned and tomatoed to oblivion); sorry-looking boiled carrots; and a rather watery mushroom soup. 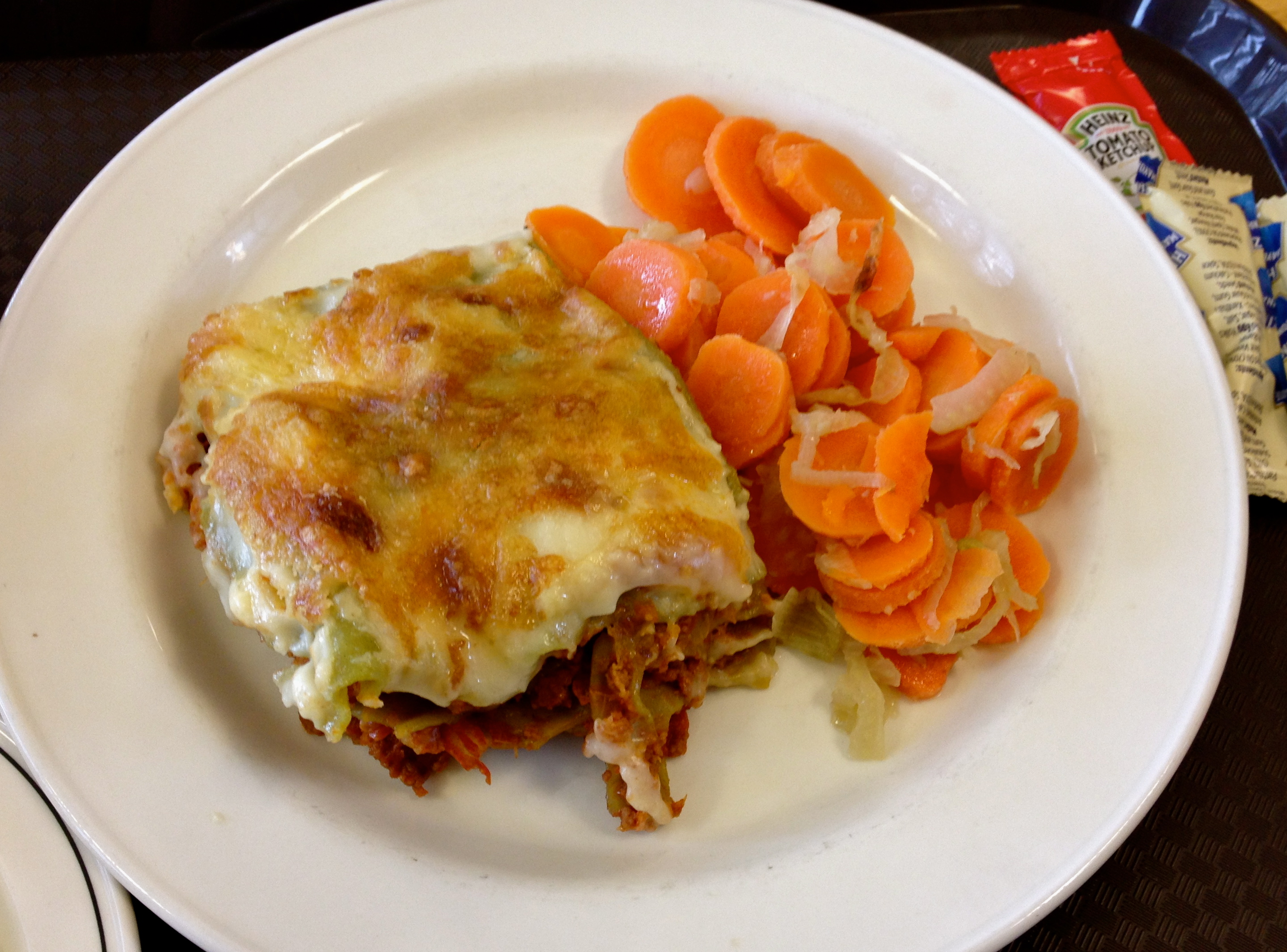 At first glance, the salad bar seemed outrageously succinct, offering only about six different vegetable-based mixtures (including one composed of just salad leaves) but each turned out to be quite special. The grated carrot, for instance, had been pimped with succulent date chunks while the coleslaw – an unmayonnaised crunch-party of cabbage and corn – reminded me of Korean kimchi. 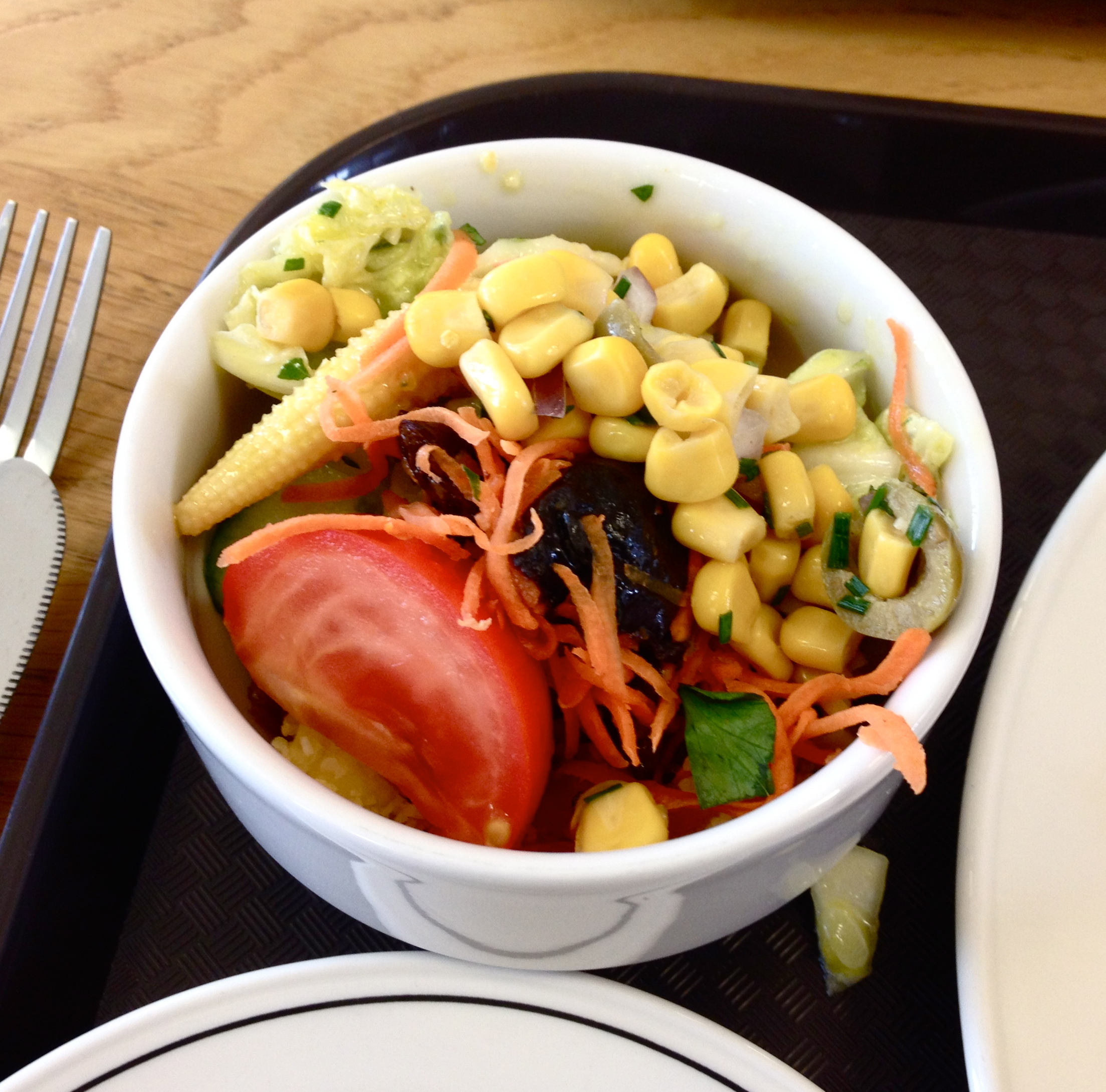 For pudding I went for the treacle tart with spray cream and grape sprinkle. This turned out to be a good choice: gingery, unctuous and so unabashedly sweet that I managed to bike from Parkers Piece to the Sidgwick Site in the time that it took me to listen to a single rendition of Usher’s ‘Yeah’. 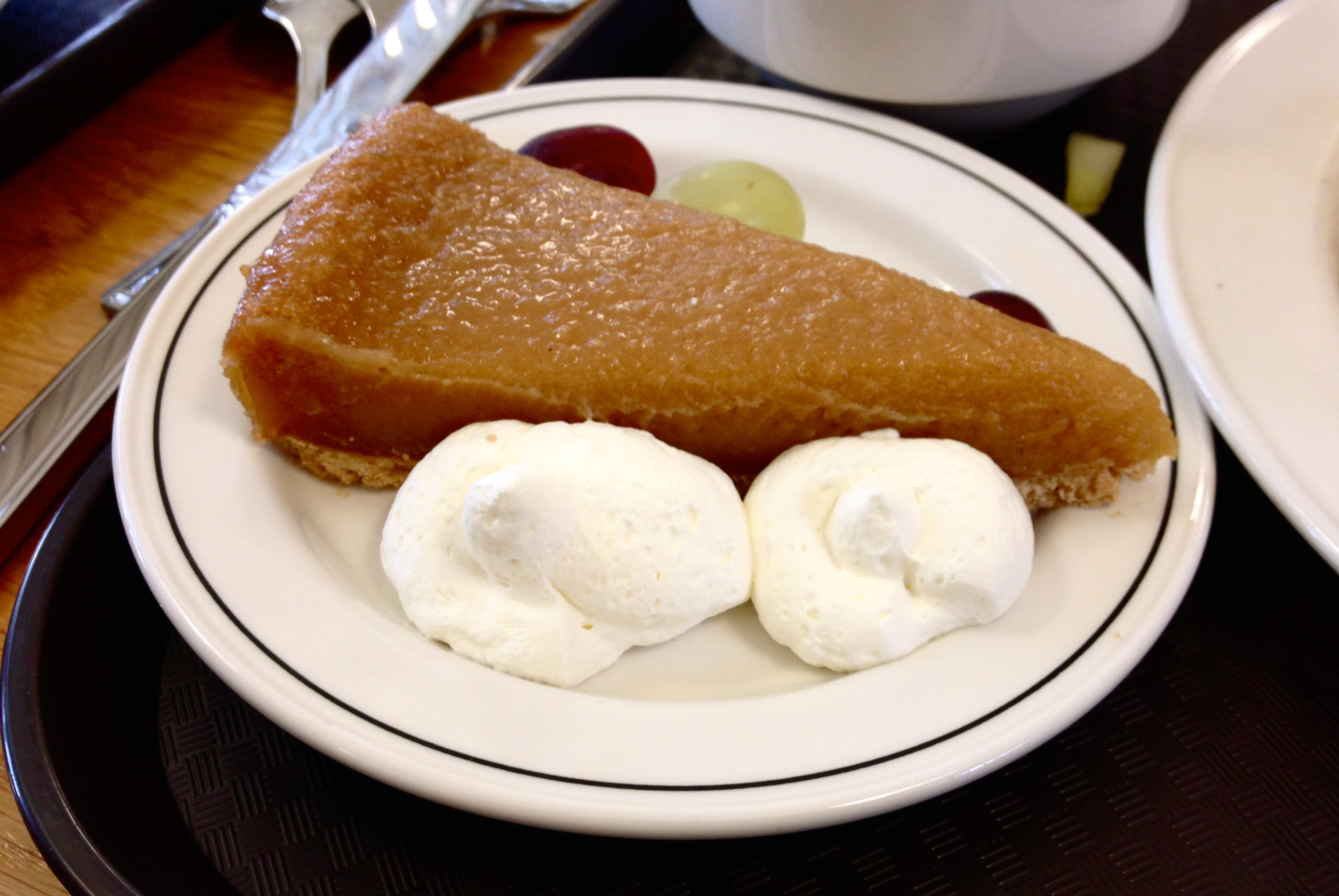 One of the great things about Hughes Hall’s hall is that it encourages fellows to mix with students by providing no high table or separating dining area for staff. I like that I sat near a professor known to resemble Joseph Gordon-Levitt, even if he happened to look nothing like Joseph Gordon-Levitt. I like that I could have had a civilised tête-à-tête with my supervisor over bowls of soup, if I were into soup and civilised tête-à-têtes. And while there’s no denying that Hughes’ food isn’t particularly fun, memorable or good, it’s certainly not terrible. Which is more than can be said for its architecture.