After a thorough, serious and intense investigation, The Bristol Tab can FINALLY reveal all the tasty food that Vice-Chancellor Hugh Brady likes to eat on his expenses.

Receipts obtained by a Freedom of Information request detail the contents of Brady's corporate meals.

Some of the info in the receipts has been blotted out, presumably (but not definitely) concealing colossal jaegerbomb orders.

So, while we cannot accurately pin down exactly what Hugh likes to munch on, this is surely the best insight into the culinary habits of our Vice-Chancellor that there's ever been. 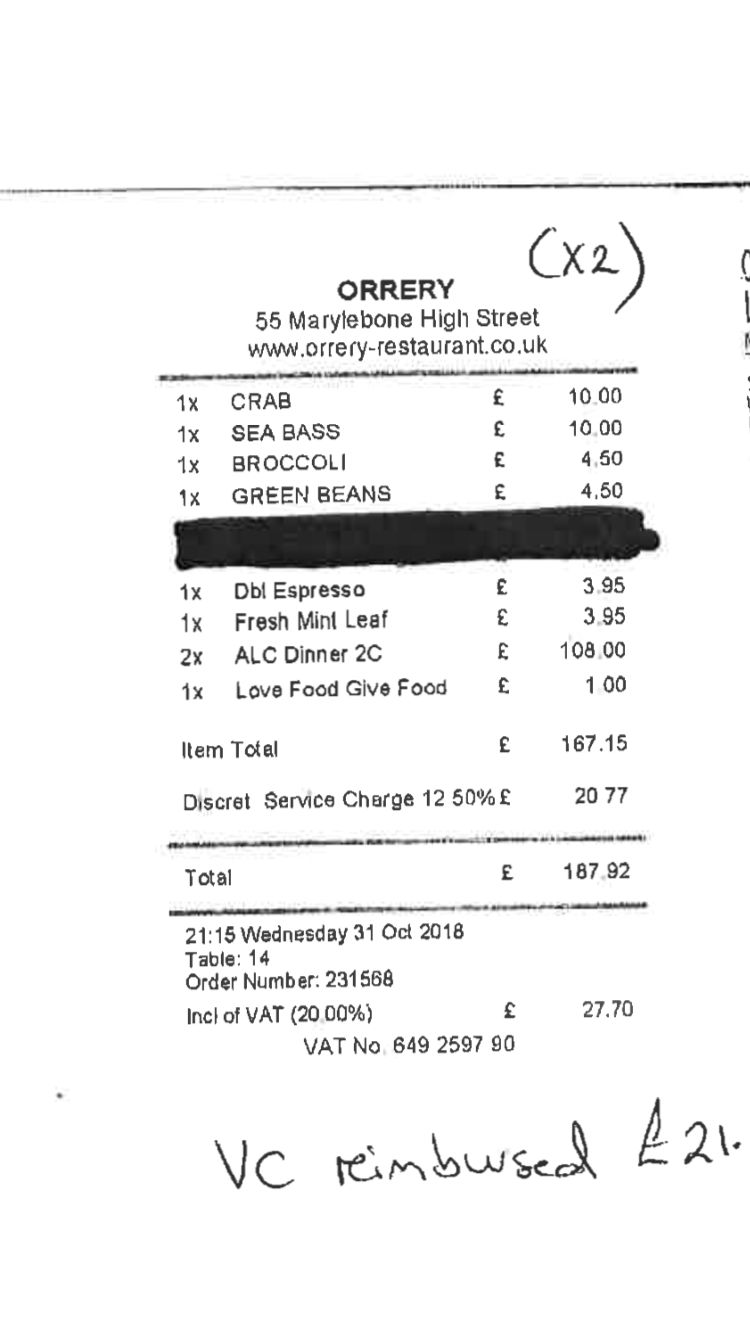 This year, Brady's refrained from running up and down Whiteladies Road dressed as sexy vampire.

Instead, he choses to take a dining partner to chow down on some crab and sea bass followed by a spookily-termed, "ALC Dinner 2C."

Obviously you're going to need some broccoli and green beans with that and probably finish up with some mint tea or a double espresso. It goes without saying.

The table ordered three starters: one portion of scallops and two portions of crab.

Two conclusions can now be reached.

1. Either Brady is intent on decimating our planet's crustacean population, or he dines exclusively with people who intend to do the same.

2. Brady is almost certainly not a vegan.

For mains, Brady and the other two musketeers had lamb, aubergine and cod.

It would be rude to finish that off without some coffee and chocolates.

Wouldn't it have been great if Brady had ordered a chicken bhuna, lamb bhuna, prawn bhuna, mushroom rice, a bag of chips and nine poppadoms.

Alas, when Brady and two accomplices descended on one of Bristol's finest curry houses, they were much more moderate.

To start, they had three poppadoms, an onion and spinach bhaji and a kebab.

A paneer tikka, some tiger prawns and a prawn prawn jalfrezi came next, accompanied by both lemon and pilau rice.

Obviously no table of Brady's would be complete without the appearance of naan royalty that would make the Queen blush: both Peshwari and Garlic.

Other receipts were found but didn't reveal anything about dietary habits.

Note: V-C often only claims for a fraction of the total meal cost