She likes her eggs scrambled

Have you ever imagined her Majesty sitting down in front of Made In Chelsea and tucking into her pie and gravy with the corgis at her feet? If like me you have, or even if you just don’t get the Royal Family – let me shed some light. It turns out the Queen is very traditional – and her staff live pretty well too. But what is it like to work at Buckingham Palace? What does the Queen eat, and what’s her Majesty’s favourite food? Does she eat pizza? How does her Majesty like her eggs in the morning?

We spoke to a source who worked inside the royal kitchens and they’ve got a pretty good idea how the other half live.

What is a working day at the Palace like?

Let’s cut to the chase, and what the daily routine of someone working at the Palace entails. It sounds like a pretty standard kitchen job day to day.

“Most of my day was spent cleaning, washing or preparing food,” he said. “We would have a breakfast buffet ready for the staff and then would plate up the royal breakfasts, depending on who was around. After that it would be a clean down and help prepare for any functions that may be going on, such as state visits or garden parties. Staff lunch would be served at about 12 (buffet again) and then we would send cakes and sandwiches to the royals and their guests.

“Most days we would be finished by 3pm with just a small team of three or four to serve dinner.”

What does the Queen eat?

This seems like an illusive state secret – does she eat pizza or get takeaways? What is the Queen’s favourite meal?

“Depending on the day she very old school with her meals,” he said. “Her favourites are meat and veg, Shepherd’s pie and of course fish and chips on a Friday.”

I asked if the Queen would ever indulge in a takeaway or eat Pot Noodles and unfortunately not, her menu is quite strict. Each day the royal chef selects four meals for the Queen to chose from, he told me. She ticks which one she wants.

She does however love a roast on a Sunday and she has her eggs scrambled, of course.

“She usually has cereal, fruit and toast for breakfast but on occasion she would have scrambled eggs and salmon,” he said. 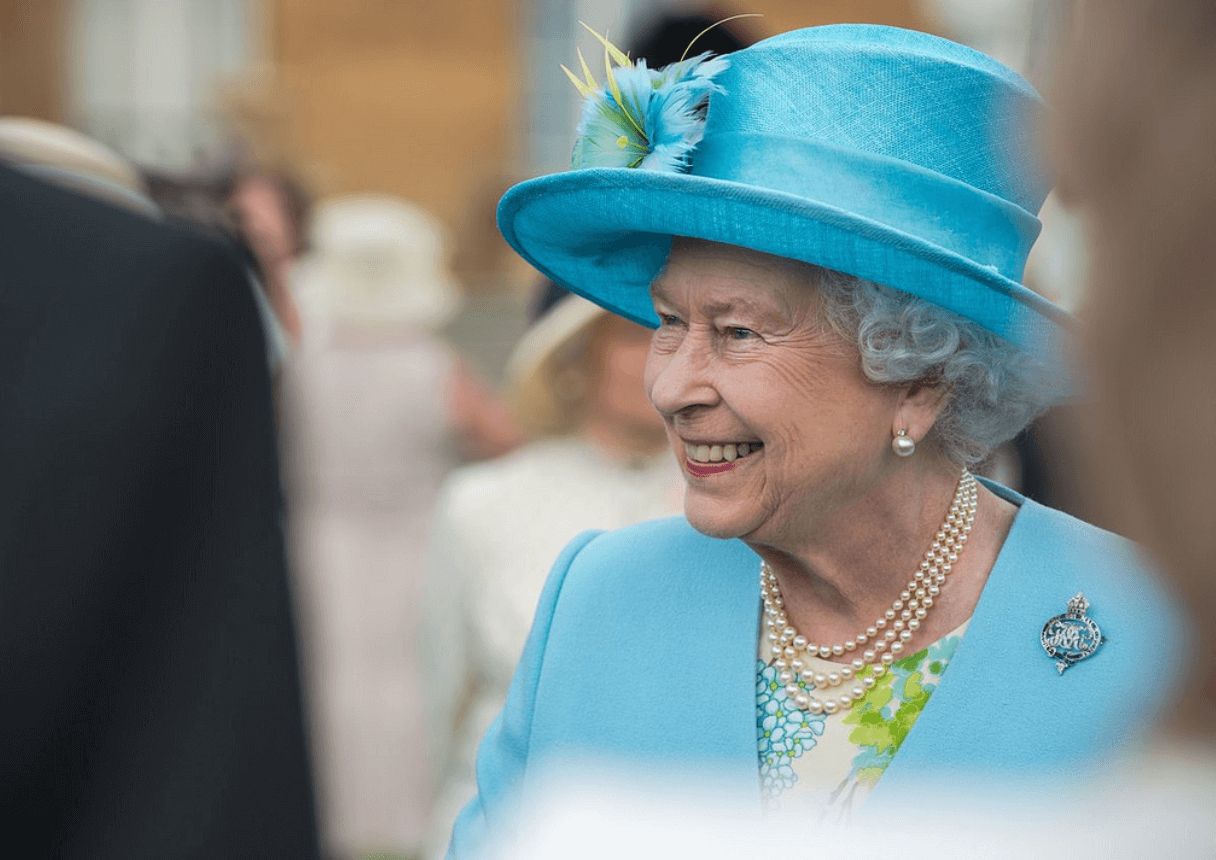 The other royals seem to be a bit more interactive with staff. If you visit other palaces you get the chance to chat with Kate and William, and apparently the Duke of Edinburgh loves a good chat with the kitchen staff.

“The Duke has a passion for food and likes to come to the kitchen to see what is cooking.

“He liked to know what we where doing and would always ask questions.”

There are around 18 members of staff that work in the kitchen, and they have to source the produce for making the royal meals. Unfortunately, the local Lidl just won’t cut it for the Royals – most of the meat cooked is sourced from the private houses.

Last year the nation went crazy when it was reported The Queen had watched The Crown on Netflix. So does Queen Elizabeth sit and eat her dinner in front of the TV?

“She likes to watch TV after dinner, if she’s on her own,” he says.

All images of the Queen curled up on the sofa with her fish and chips watching Coronation Street destroyed.

What is it like to live at the Palace?

The staff live well too – he said the rooms they live in are spacious, with a large double bed and it’s own sink, and a shared bathroom between himself and one other. Each house has its own communal kitchen and laundry room.

Different staff from all departments would share houses and they all live together in the Royal Mews – up to 20 in a house. There are rarely 20 people living there at once though, as a lot of people take time to go home when they’re not working or are out at different royal houses.

You can imagine when you spend all day cooking for royalty, the last thing you want to spend your free time doing is cooking for yourself – and the Palace cater for that. Staff there are provided with three meals a day – made by other staff. 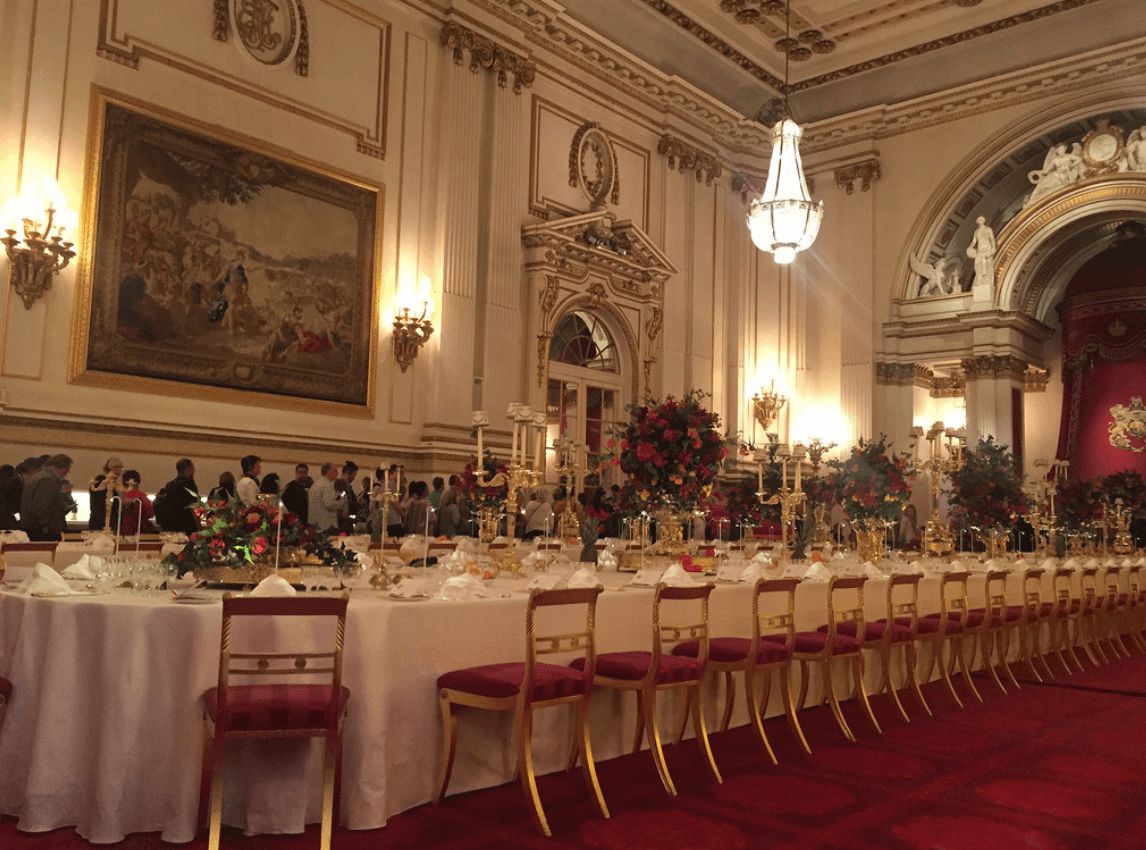 Just a few guests round for tea!!

As much as the staff are living their best lives, they don’t have everything. There are no wild Christmas parties, over the Christmas break half of the house would be at Sandringham.

But, and possibly the cutest thing ever, everyone that works at the Palace receives a gift from the household. How lavish it is depends on how long you’ve worked there.

How do you get a job there?

I don’t know about you – but I want to work at the Palace now. But how do you get a job there? Our source says his mum heard about the job being advertised on the radio – which seems like a pretty standard way of getting a job known.

“It was definitely an experience,” he says.

So, maybe there are royal prospects for us all.

• Who is Arthur Chatto? The fit royal who’s also an Edinburgh fresher