‘Let’s roll our sleeves up and deal with this’: We asked Sussex students what they think about Brexit

One student described it as the ‘Definition of going backward’

In the light of recent and upcoming political events and tomorrow's focus being Brexit, we naturally wanted to hear from you. Political opinions are mixed and that is no different for Brexit.

So, we took to instagram and asked for your opinion, here is what you had to say.

Some responses were lighthearted but also topical

One person responded with "Hope the coronavirus comes and stops Brexit." Whilst another lightheartedly said "What's it gonna be like? Fuck knows. Is it all just a game? Yes. Hotel? Trivago."

A few one liners were used

Sometimes less is more and that is no different for peoples opinion on Brexit, one student simply responded with "Bollocks." 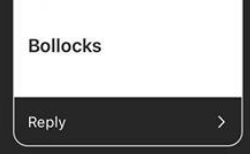 Other students claimed Brexit was "Bad" whilst others responded with the classic and popular term "Brexshit."

Politically woke students shared their concerns with us

Many students at Sussex University are aware of politics and keep up to date with current affairs, those students responded with "Brexit is bad news for future Erasmus students who'll only be able to afford it with the EU grant."

One student responded saying "I don't think people are in the know about the consequences of leaving and what it means for the future."

Another student simply stated that Brexit is a "Massive waste of taxpayers money" and that "It's the biggest mistake our generation is making, any positives of it are completely outweighed."

"As someone who wasn't old enough to vote in the 2016 referendum, I feel cheated"

One student told us that they "know everything will sort itself our eventually." and another student shared that they are "Very happy that it's finally happened because democracy should be respected."

This student is not for Brexit but they've definitely come to terms with it "Not a fan but the result happened. Let's roll our sleeves up and deal with this sh*t"

But A LOT of students were genuinely upset about Brexit

Brexit was described as "Fuckin stupid." and the same student went on to say that "as an international student, Brexit makes no sense at all."

Another student wrote "Disappointing considering how many international people live in the UK."