Getting to know the people behind the Sussex student radio

Student radio is a key part of any university, from Shock radio in Salford to RAW at Warwick, it can be the jewel in the student media crown. The Sussex radio station, URF, is certainly Sussex’s shiniest jewel. URF (University Radio Falmer if you was wondering) was established in 1976, meaning it is one of the oldest student radio stations in the country.

We caught up with those behind the scenes. Those whose voices and talents grace the airwaves to give an insider’s view into why URF is so great. Also give them a cheeky like on Facebook and message [email protected] (Hannah is station manager) if you want to get involved.

Monday nights with Fin and Sam – Hosted by Fin Evans, head of tech 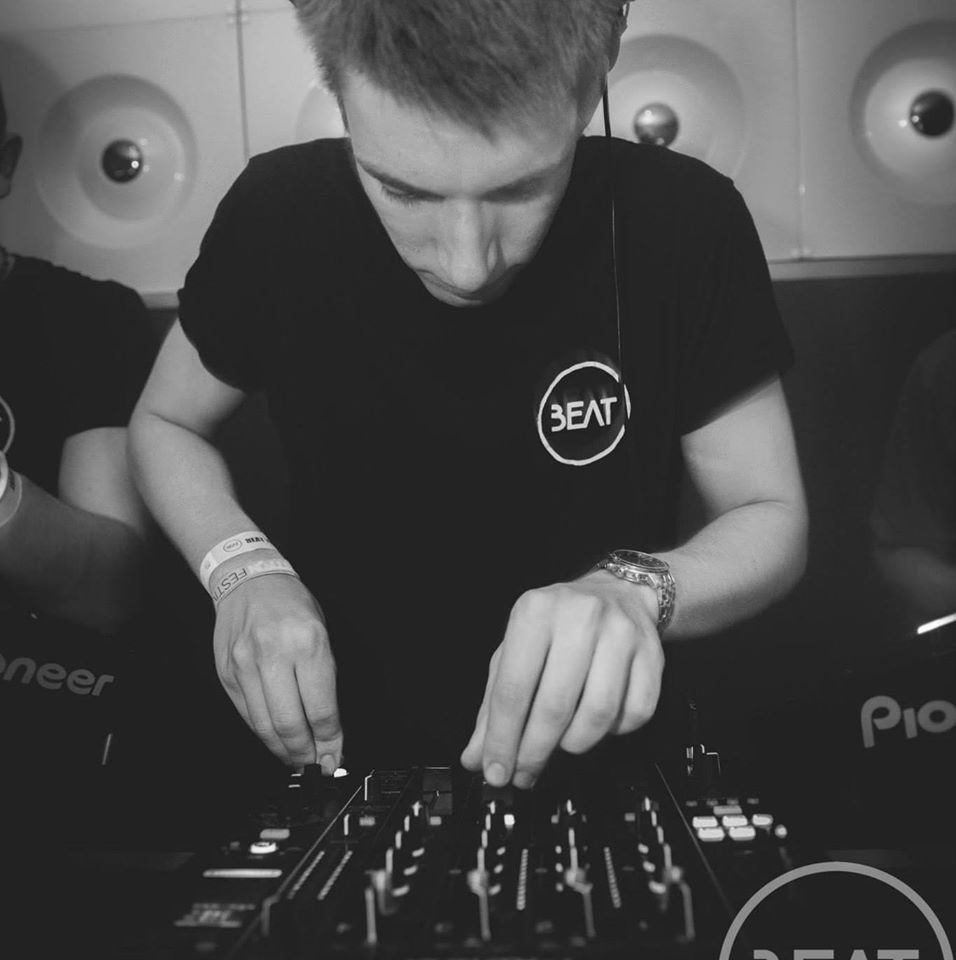 Describe to me in five words what your show is all about.

Give some background to your show, what has it progressed on to and what do you hope it will be in the future?

My show brings two hours of fresh, new house music to the university radio station on a Monday evening. The show aims to introduce the listener to new underground house, techno, and bass music. Recently the show has been streaming live on Facebook via the live-stream feature. This has added a new dimension to the show, with the ability to watch me mixing from the studio.

What do you love the most about URF and why is it the best society in Sussex?

What I love about URF is it doesn’t matter what you’re into, from science fanatics to drum & bass ravers, video game nerds to Beyonce groupies, there’s a place for you at URF. We are one of the only student radio stations left in the country that lets you play what you like on your show (most others run off a strict playlist). This allows for so much creativity! On top of that, URF is a great way to meet new people, we have regular socials, with a chance to meet people from different shows and areas of the station. 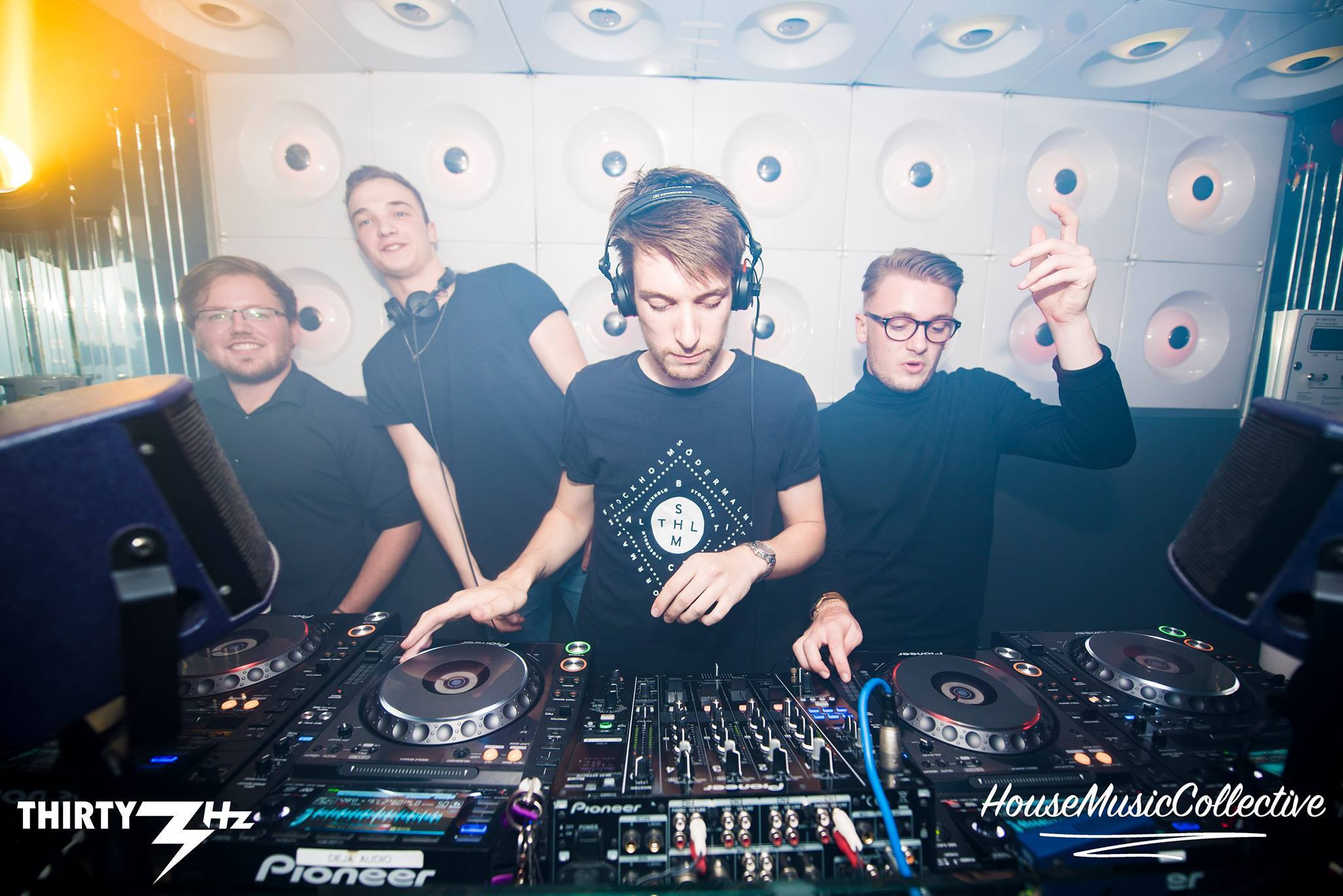 You hosted the URF awards for the first time at the end of last year, how did this come about?

The URF awards was an idea thought up by the exec, as a way of rewarding shows for the hard work they put in to making amazing radio. Station manager Hannah, me, and ex head of tech Lewis, spent a good eight hours listening through all of the entries which was a brilliant opportunity for us to get to know all the shows. The awards were also a chance to say goodbye to some of the third years who are about to graduate and are finishing their shows. Obviously after a few hours of drinking, things ended up slightly messy (as they always do with URF).

The Gatt show –  Hosted by George and Matt, Heads of production

What is the best game you have played on air?

Slap chat, without a doubt. It brings out the violence in otherwise sedentary people. Two slappers take turns to ask a personal question about themselves – what their first pet was called, that kind of thing. Get it right, you’re a great friend. Get it wrong, you get slapped. George and I find it to be a great stress reliever.

How did you two meet?

Some might say our stars aligned at birth, others that our prams passed in a public park, and our fingers touched. I’d say we were assigned the same halls in freshers.

What, in your eyes, makes really bad radio?

Nothing about my eyes makes bad radio because it is not a visual medium. Although I might eat my words soon: we at URF are teaming up with UniTV to live-stream certain shows in Eastslope and across the interweb, The GATT Show included. Stay tuned. 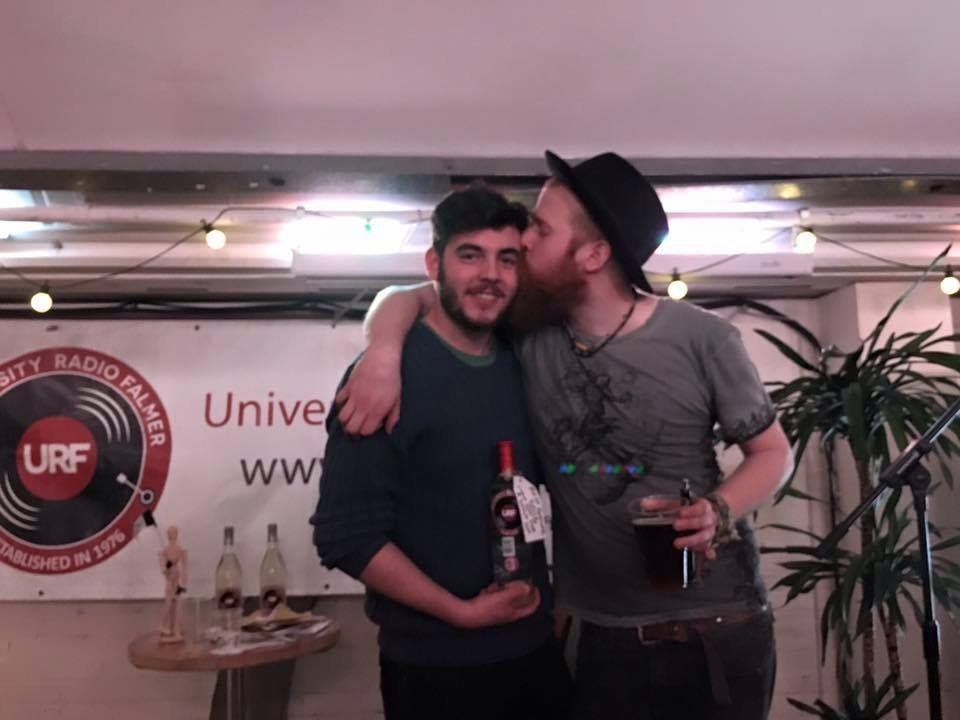 Matt and George at the URF awards

How would you think George would describe you?

I stop George saying a lot of naughty things, so he’d probably describe me as a necessary annoyance. Like breathing through a blocked nose, it’s testing, but you’ll die if you don’t.

What about URF makes you proud?

Honestly? Everything. We’re a student media outlet, all volunteers, yet we’ve been producing properly solid content for 40 years. Now, we’re over 70 shows strong at the moment and everyone involved is so passionate and engaged. It’s such a good environment to hang out in- which sounds cliched I know but it’s true, URF rules dude.

Also, almost a year on D.A.B. and we’ve not had a single Ofcom complaint. And we’re students. Touch wood, but that deserves a fucking medal.

What is your general ethos when it comes to student media?

At the risk of sounding like a knob, student media is about passion more than anything. Loads of people get involved because of their careers, because of where it might lead them – I’m totally guilty of that. But it’s the people who care, deep down, about what they’re creating that make URF and many other media outlets sick, as opposed to just decent. You have to care, I think that’s what attracts new student to join as well – if you see people who love what they’re doing, it makes you want to get a piece of that. 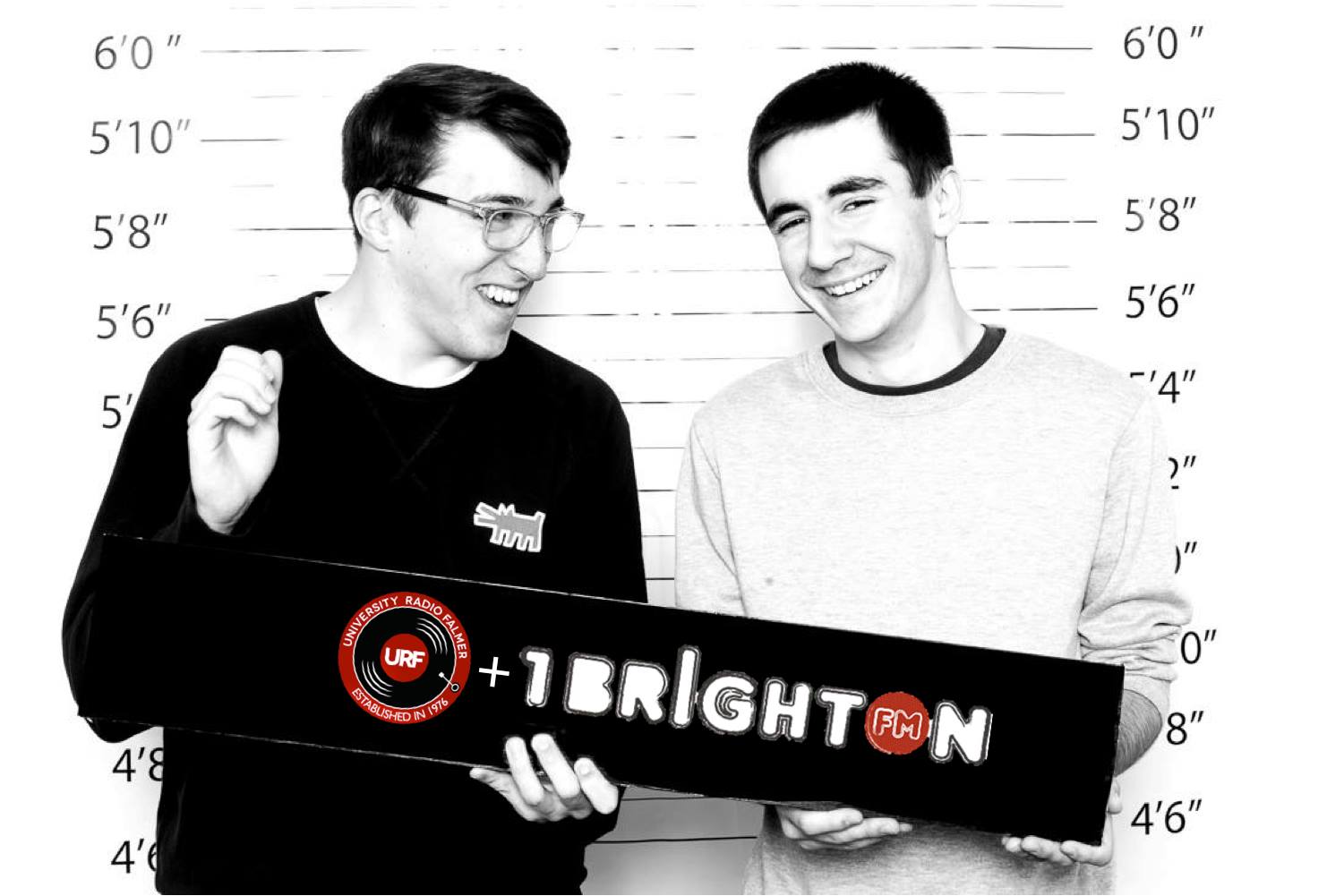 Big beats are the best.

What do you love the most about URF and why is it the best society in Sussex?

URF is definitely the best society because we get to play whatever we want. The content we produce we can tailor to what students want to hear not what big companies want you to. I mean Radio 1 is company driven where music labels tell you to play this, whereas we have so much more freedom. Because the station isn’t play-listed, URF offers students thing that they are passionate about. We have reggae, comedy, world shows, URF gives the opportunity to broadcast your passions to other students.

What exactly does play-listed mean?

A station like BBC will have different lists where they have to play a quota of songs. This is decided by labels and companies meaning a stranglehold on what goes out.

What have you gained from taking part in URF?

I have gained a 1Brighton FM slot fortnightly 11-1pm on Thursday. I also had the opportunity to visit the BBC. I also got free festival tickets to go to Together The People festival. I feel like it has given me genuine career path that I never would’ve considered before uni. 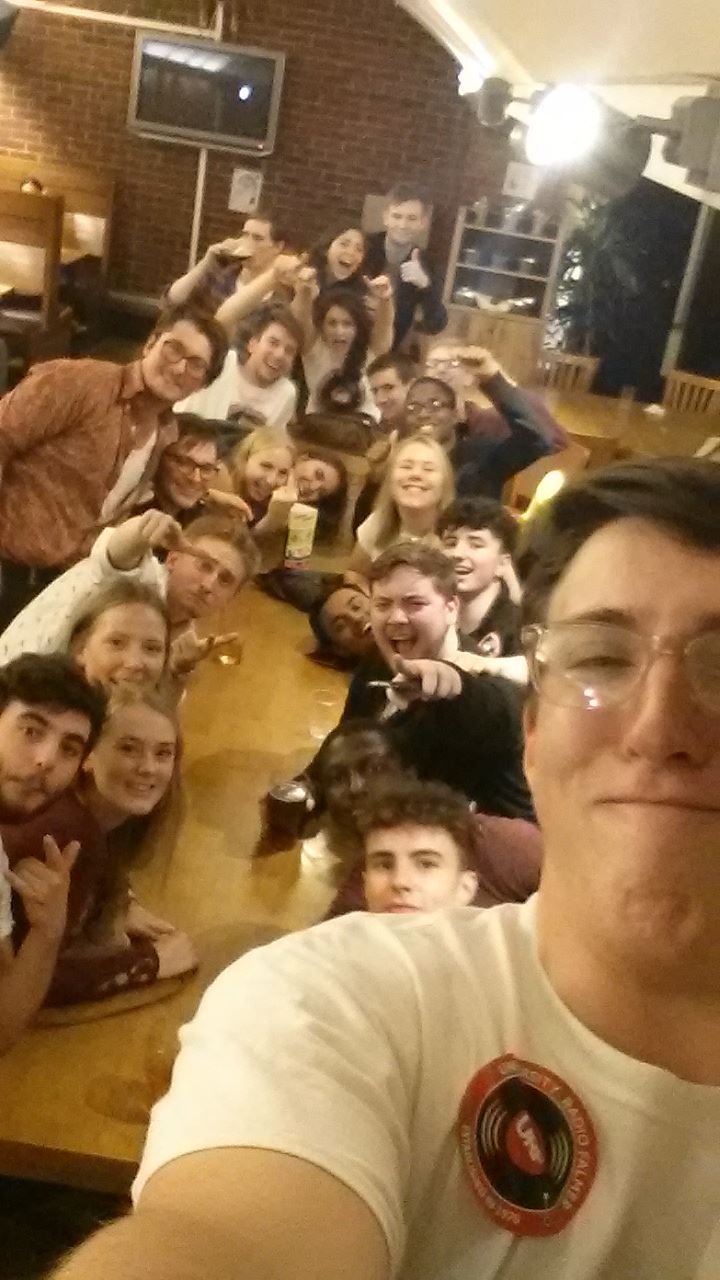 Describe your show with a film title.

Scott Pilgrim vs The World.

What do you hate listening to on radio?

I hate hearing the backup playlist when people don’t show up to their slots. I expect to listen to student radio not the playlist Sam (head of music) created. This is a ridiculously fun opportunity and you’d have to be a idiot to not be involved.