If you didn’t have a birthday party there, did you even have a childhood?

Every kid gets excited by birthday party invitations, but the excitement escalated the moment you read that it would take place at Surrey’s proudest asset: Guildford Spectrum. The joy you would feel at opening that invite can only be compared to the feeling of getting a 9am lecture cancelled. Spectrum was the thing of dreams and every child wanted their party there.

Standing at the entrance to what was essentially a massive greenhouse, you and your friends would place bets at who would spot Specky the Dog first and which daring 10-year-old was going to be able to stand the terror of the wave machine for the longest. The ramp up to the front doors was so long it felt like you were running a marathon, but after shouting at Billy to hurry up, you finally made it to the lobby. While the unlucky parents who had to deal with a group of hyper children were paying at the ticket booths, you and your fellow party-goers would have your faces pressed up against the glass overlooking the ice-rink. Jessica would brag about how she’s seen the Guildford Flames play ice hockey there a million times while the rest of you were too entranced by the ice cleaning machine to care. After following Specky’s footprints to the swimming pool and donning your dashing tie-die swimwear, you hurried to queue for the slides. The brave young daredevils of Surrey would go on the red Starburst slide, which was simultaneously the most exhilarating yet most horrifying experience of your young life. The wave machine really separated the strong from the weak. The blaring siren was enough to drive people to the comfort of the Jacuzzi or the safe shores of the pool, while the thrill-seekers would prepare themselves to be in waves so vicious they gave the Pacific a run for its money.

Bowling filled you with all kinds of emotions. You’re buzzing for the 20p sweet machines, you can’t wait to put rude nicknames into the system and you’re ready to get more strikes than Alexandra. However, there is one thing holding you back from achieving this glory: the slippery shoes. No matter how old you are, whenever you go bowling you’ll find yourself sliding across the 80s patterned carpet in your bowling shoes. It’s a right of passage. Trying (and failing) to bowl without the aid of a ramp was always the most humiliating part of a bowling party. Being shown up in front of your crush for that week was hardly your finest moment. Bowling doesn’t come without the multiple warnings not to get your hand stuck in the ball dispenser – like George did last time you came. But there’s always one that ignores all advice and drops a bowling ball on their foot at their own birthday party, which can only be solved by a Polaroid picture with Specky. The ultimate older kid’s party, otherwise known as one of Spectrum’s biggest achievements, was the laser quest (may it rest in peace). Discovering you were on the opposite team to your BFF was always a major letdown, but when you saw that you were up against your year three enemy, your blood boiled and the game was on. Your little adrenaline-filled body would power-walk as fast as it could down the tunnel, feeling rebellious when you broke into a forbidden run at the sight of a flash of light.

The post-activity meal was one of the highlights of the party, because you knew the only option was Burger King. You’d all push each other in a bid to sit next to the birthday kid, even if you didn’t like them. Sitting on the long birthday party table, which was oddly placed in front of a massive window, meant you spent your entire burger staring at the swimming pool, longing to go back in. And the only thing that could wash down a Burger King at Spectrum? 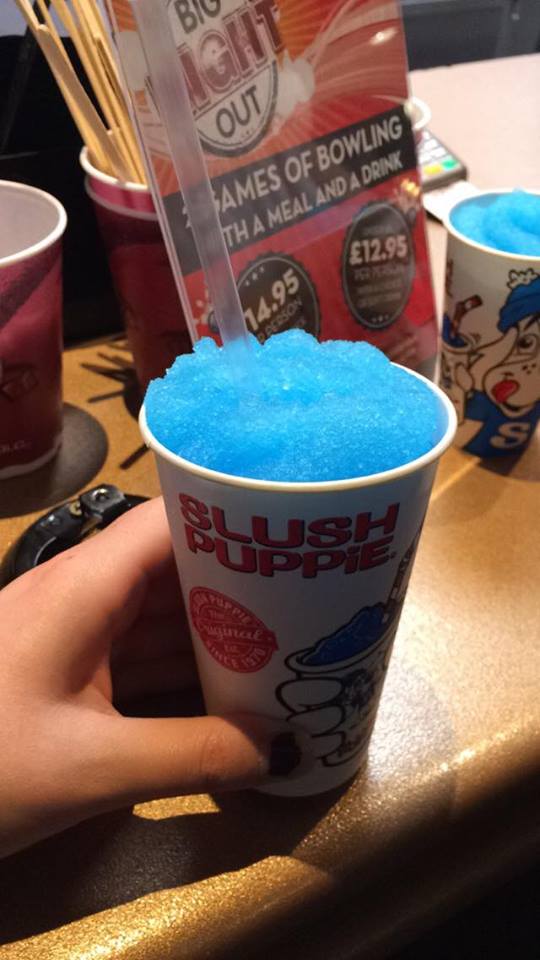 Who knew flavoured ice could taste so nice?

A Slush Puppie. Whether you got the blue, the red, or were extra daring and got a mix of both, laughing at your friends’ brightly stained tongues had never been more amusing. No matter who won, we all celebrated like Kings

Guildford Spectrum will always hold many memories for every Surrey kid, whether it was holding onto a penguin for dear life and living in fear of having your fingers cut off at the ice-skating disco or walking past Specky’s soft play pirate ship in the hope that you were still small enough to fit through the tunnels. No matter how many amazing parties you attended in your youth, the parties at Spectrum will forever be unbeatable.

If you want to start tackling rape culture at Sussex Uni, start with sports societies

Applications are open for The Sussex Tab’s editorial team

Want to break the latest stories about Sussex life?

You best get perfecting your pesto pasta

Another student was forcefully pushed onto a police car bonnet

100 per cent of proceeds go towards the Sussex Beacon, helping people living with HIV

Cows and bomb detonations: Looking back at a year of coronavirus at Sussex

Bready or not, this bread-a-thon will be a labour of loaf.

STAR Sussex launch raffle with incredible line up for Care4Calais

Voting is open until Friday for all Sussex students

What do Sussex students really miss about campus?

Stuck for inspiration for a birthday celebration in lockdown? Look no further

Because who doesn’t want to do a homemade murder mystery

At Sussex Uni, sex is part of our name. But do we talk about it enough?

These are Sussex students’ favourite moments in LGBTQ+ history

From Ancient Greece to Gaga, here are some lesser known bits of queer history

In the year they’ve given up everything, what are Sussex students giving up for Lent?

You lot are so predictable

No more carbonara or table service at 4am

Um, so someone on TikTok revealed the true meaning of the Macarena and I am in shock

Literally my whole childhood was a lie

Put the bass in your walk

If you want to start tackling rape culture at Sussex Uni, start with sports societies