SEVEN all round we think

I love dancing. Even more, I love watching people dance. So, the moment I realized that one of the events of the ongoing On the Rocks festival was called Strictly Come Dancing, I made my way to Stage 601 at the Union.

For some weird reason, I was made to wait till the last person had entered the room before I was allowed to enter as press. I found my seat and waited. A girl in an orange dress, accompanied by a guy in a tux, made their way onto the stage. Followed by a funny dance, far from Strictly Come Dancing, Lorelei and Gordy welcomed us to the night’s show. They said that there would be eight couples, one professional, one celebrity, four judges and the audience would get a chance to vote for deciding the winning couple. The four judges, teachers of the Ballroom and Latin Dance Society (in short, BALLAD), were Tom Schnabel, Pim Ungphakorn, Frazer Chan and Justin Gomme. The interesting fact was that each couple had one beginner and one experienced dancer. The seemingly popular judge, Tom, went on to say, “put on a show and I’ll be happy”. 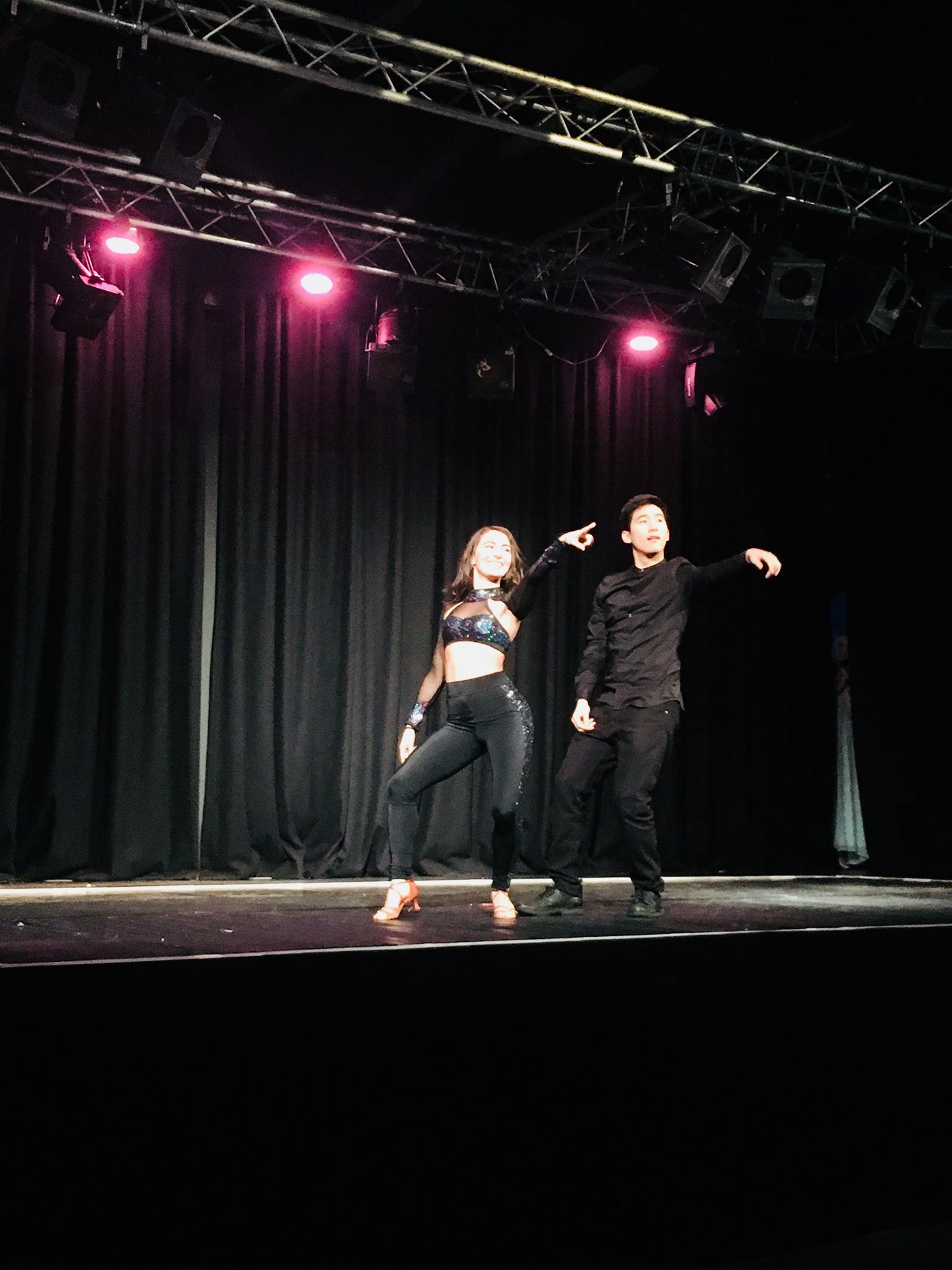 Dance can be good, bad or divinely silly. Or so I have heard. That Friday night certainly verified this particular statement.
A sample waltz ensued as a taste for the evening. Then the show began.
I was honestly curious about whether the first performance for the night was going to be a hit or a blow.

The first couple, Kate & Henry-Henry said they were terrified before performing Tina Turner’s Proud Mary. But, man we loved it! They had a great routine and managed to swirl their way into earning a score of 10-8-8-8 from the four judges! Tom, of course, complained that the Henry’s cons included heavy kicks and recommended focusing less in the toes and more in the heels. Honestly, they were probably the only competing couple who actually gave a performance worth Strictly Come Dancing, so it came as no wonder when they won. 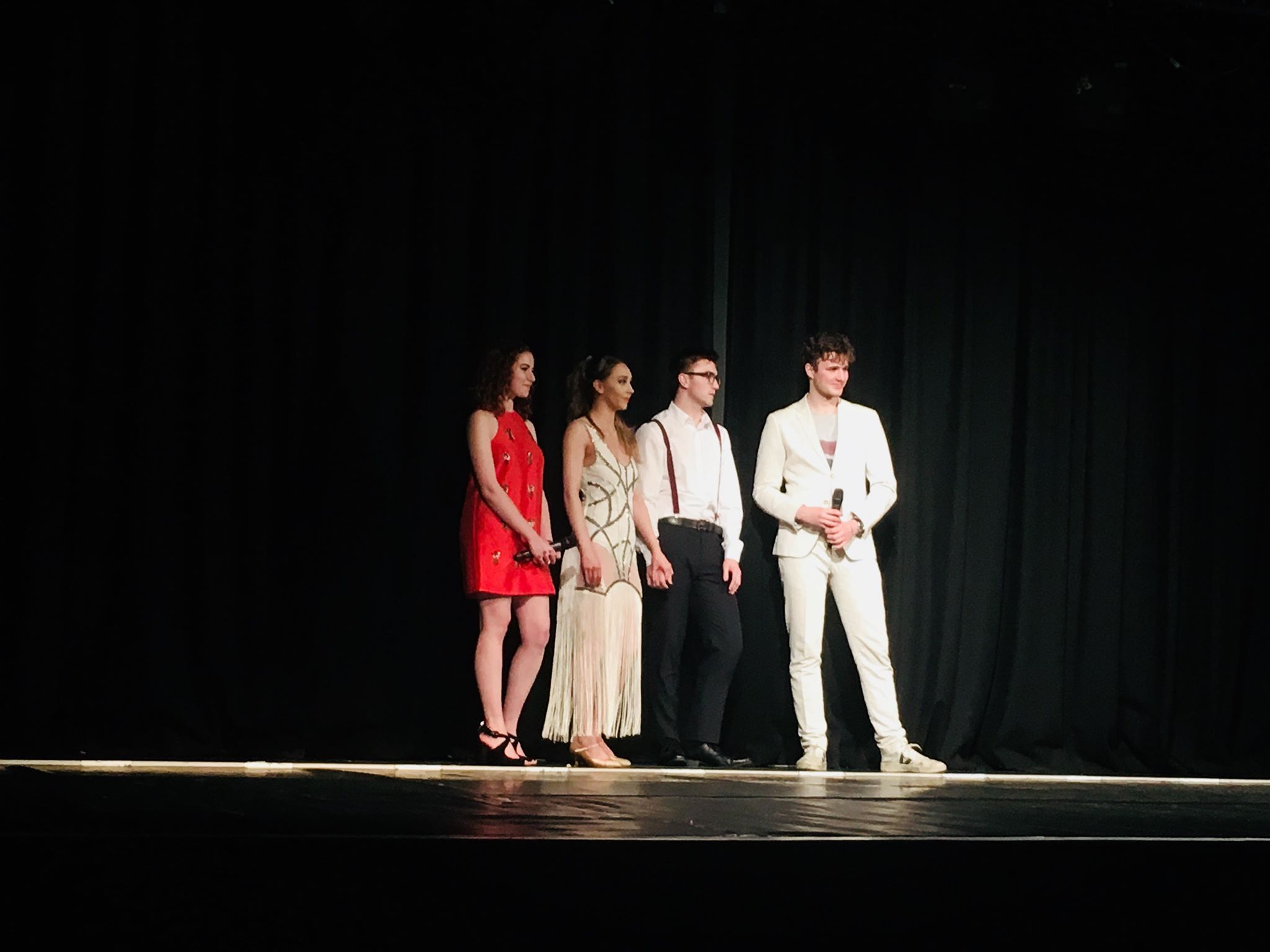 The second couple was Emmy & Michael who chose to do a quick step. Mike is a tennis star, so the audience was keen to see if he was as good off the court as he was on.

The third couple, Phoebe & Charlie waltzed to an Audrey Hepburn movie’s instrumental version. Charlie happens to be one of The Other Guys. As expected, Tom complained about the waist hold, more effort needed with the footwork and the fact that the performance had started with the wrong foot.

Next, Matthew and Bella jived to one of my favourite Bruno Mars tracks Runaway Baby. Unfortunately, I enjoyed the music more than the dance performance. They got a score of 6-9-7-8 which surprised me.

After the four performances of which only one was spectacular, the audience was in dire need of a break. The Local Bandits-the A Capella group in residence at St. Andrews performed Ex’s and Oh’s to fill in the interval. 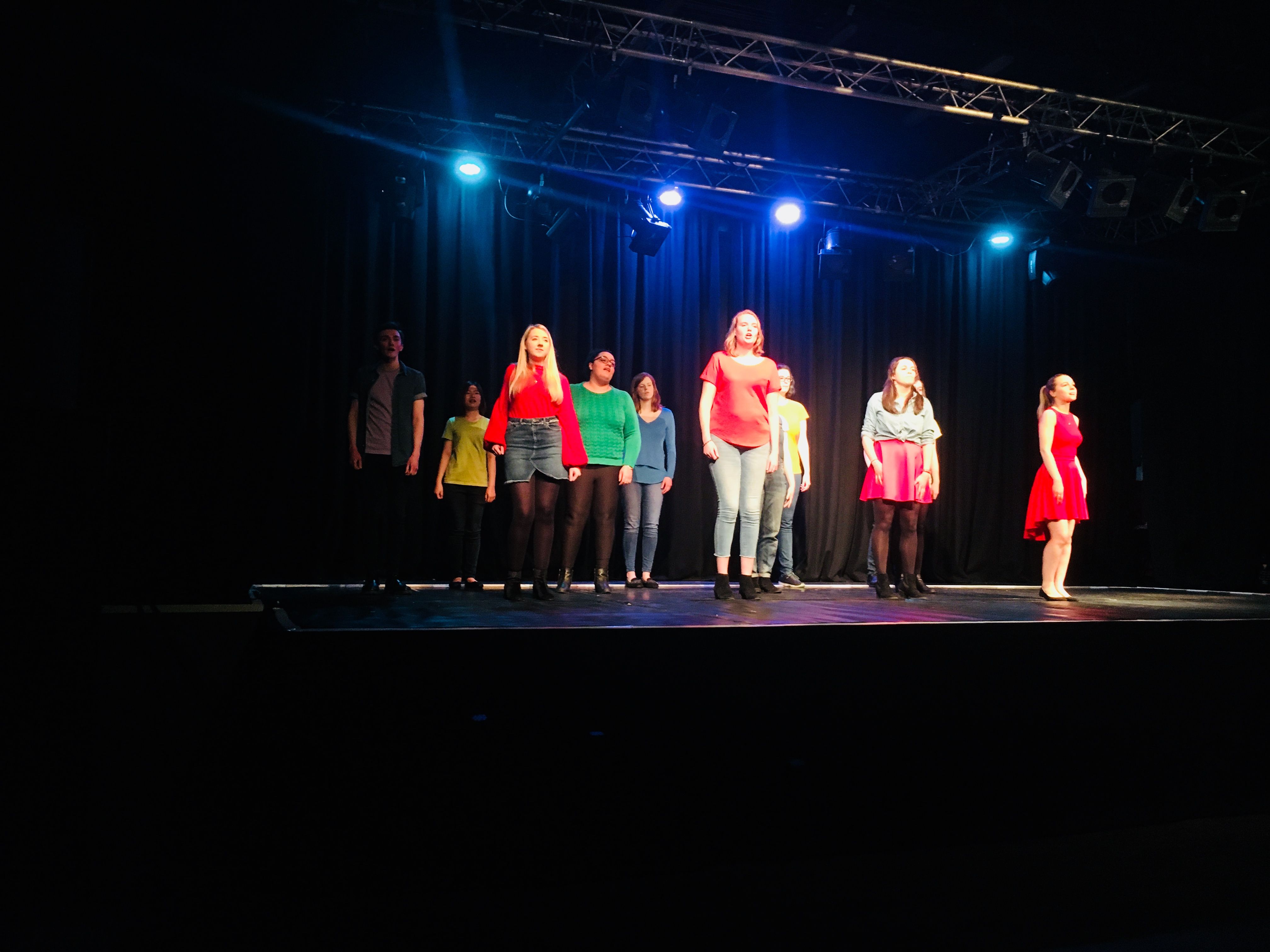 Then, Adam & Madison waltzed their way to the tune of Nat King Cole’s Fascination. The story unfolded from Adam being a lifeless puppet to making him dance to ‘fascination turned to love’ with great spin turns, lovely postures and great acting. Following the old school performance, Rory Abernathy, the man from the mountain and Maisie, two geologists in the making danced to cha cha to an extremely tricky routine. Tom & Elise waltzed to an old tune and the final couple of the night, Ellen and Rue jived to Elvis’ Jailhouse Rock. 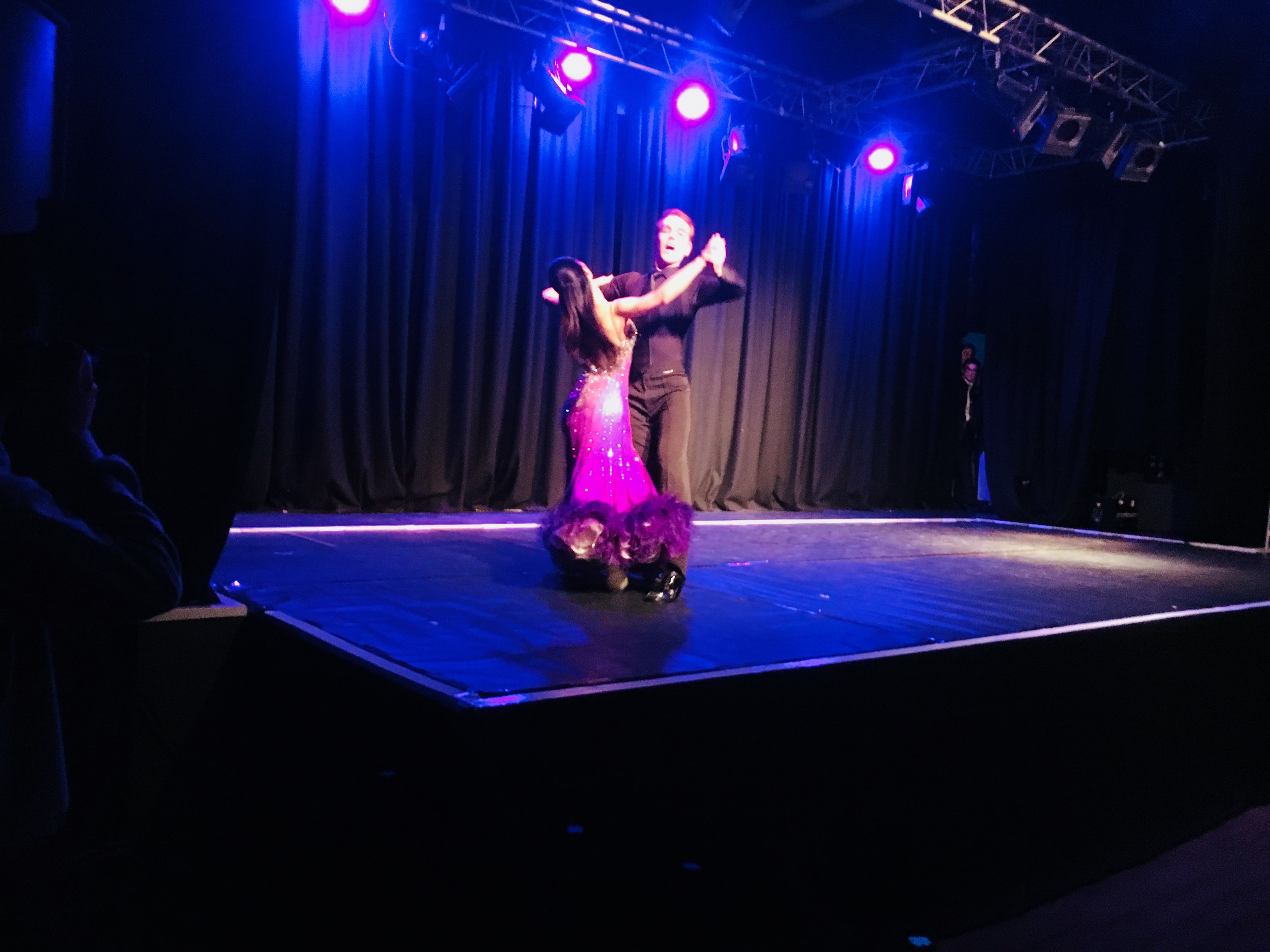 One very interesting performance included a couple who danced to the Game of Thrones theme song. Man, who knew you could waltz so gracefully to that!

Then the time came to declare the results. As expected the prize of Strictly Come Dancing St. Andrews, 2018 went to Kate and Henry who were leading with a total of 34 points.

Post the felicitations, I congratulated a few of the dancers on their performance and realised that the professional in the couple mostly held a dance teacher’s position at some point in the past and have competed several times over the years. Tom was quoted saying, “I don’t know if I expected more. I think all the professionals did a very good job teaching the beginners. I think the minimum you can do is to perform, have fun, no matter how good or bad you are, and everyone did really, really well on that front. The technical force helped a lot as well.”

All in all, t’was a night to put on your heels.