Measure for Measure is the director’s best work yet

Textured, colourful and beautifully stitched together

Benji Bailey’s direction of this modernist gem is a diamond in the rough-and-ready am-dram Shakespearean scene; the best update I’ve seen in St. Andrews (at least) and his best work yet.

Measure for Measure is a play that equivocates the subjectivity of humanity.

It plays with the idea that the value of each man’s life and word are coloured by class and gender identities of the individual concerned, a Dickensian deconstruction of social institutions that dances between tragedy and comedy and plays with hypocrisy, sexual politics, morality, and power structures in the process.

It is also a Shakespeare.

Often, contemporary interpretations are charged as guilty of hyperbolic art direction, forced thematic conversions, and pretentious theoretical reductions. In short, by transplanting Shakespeare to suits, and transgressing time-periods, squares are shoved into holes.

Bailey has pumped blood into the life of the play by letting the layers breathe and its Modernity simmer. The direction is cinematic and stagecraft is subtle, sophisticated and stylish.

It is really a master-class in how to use a space creatively and mindfully whilst keeping it barren. The only item on set is a table, stage-centre, and yet the space is charged with a different energy every scene and it morphs into a multiplicity of spaces thanks to innovative choreography.

Scene changes  are seamlessly stitched together and are incorporated into the thematic fabric to great effect. It is choices like cross-casting Rosie Beech as both the nun and the prostitute that make the social texture of the tapestry so rich.

This stagecraft is so subtle that you notice the impression rather than the choices.

What is obvious to the audience, is the effervescent comedy created by Bailey. The court room scenes combine social classes and weave together characters that are ripe for breed comedy. Although small roles, sparky characterisation from Abhorson  [Jack Briggs] and Elbow [Andrew Chalmers] bubbles to the surface with roars of laughter whilst a spirited energy from Pompey [Louis Catliff] bounds through the piece. 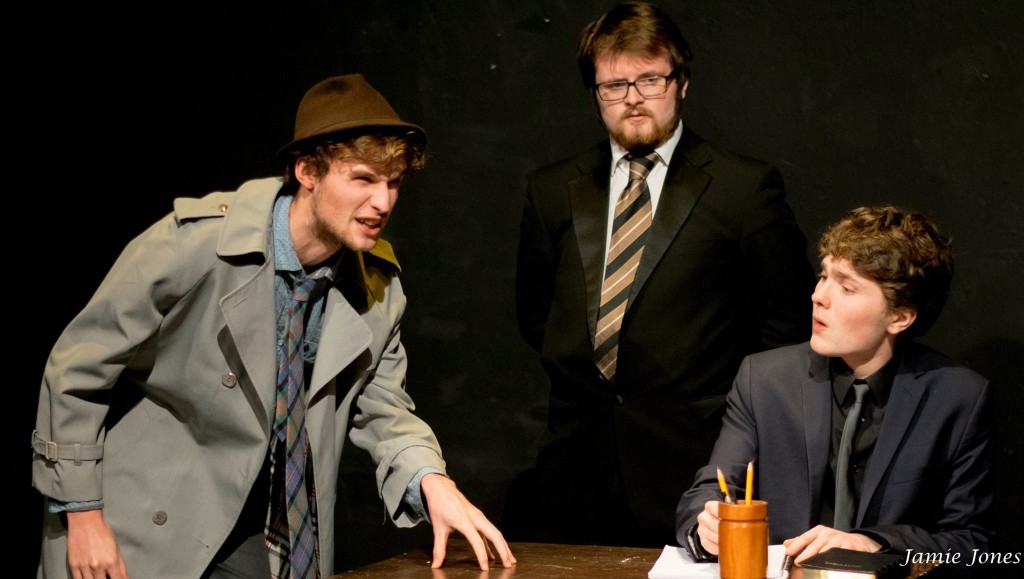 The audience is snapped from comedic splutters to sombre sensibilities due to well-played tonal timing. Niall Kennedy’s stagecraft must be lauded in relation to this; his consummate possession of Escalus was the lynchpin to the plot and kept the comedy tethered to the ground.

As Shakespeare’s “problem play”, it is critically-disputed continually as to whether its classification should be as a tragedy or comedy. Whilst this version soared on the latter, it stagnated on the former.

With the opening of Act Four after the interval, naturally the plot begins to climax, the emotional heart begins to beat, and the political threads are unravelled. This demands sturdy stagecraft from the actors to ensure the intricacies contained within their characters and the plot are relayed. As always with Shakespeare, there are complicated plot details that the narrative structure and thematic potency hang upon, but in the emphasis on pace, words were lost along with pathos. Wish settled more.

The Liebmiller brothers of Lord Angelo [Jared] and Lucio [Noah] and the Provost [Olli Gilford] did well to hold together the narrative and the anxious energy created by Claudio [Oli Savage] created an amount of emotional investment, but in a play about each individual’s struggle, some of the core actors didn’t have a firm enough grasp of the ropes of their characters and their performances were limp.

Whilst the heightened passion of the female characters raised the emotional temperature, it got stuck in the region of hysterical melodrama and would have significantly benefitted from altering the nuances and tones. 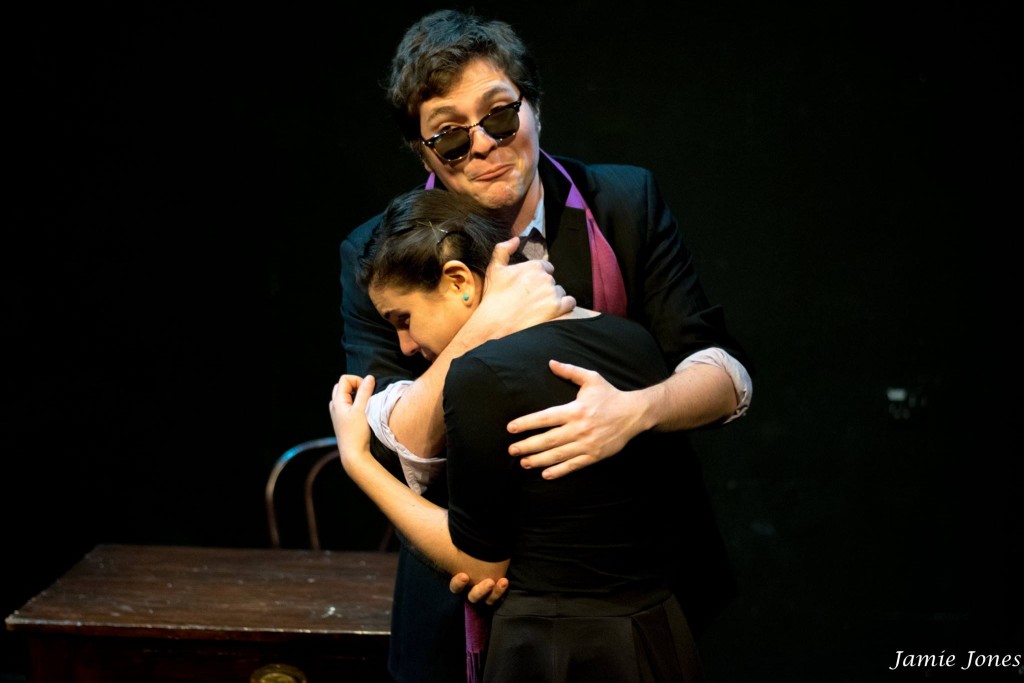 There were beautifully tender moments when Isabella [Caterina Giammaressi] realised her potential power and attempts to subvert her situation, and our introductory glimpse of Mariana [Cate Kelly] singing the original songs in her garden; I only wish there had been more tonal alterations such as these.

Fundamentally, the performance started at such a high standard, it was hard to go higher.  All-in-all, Measure for Measure,  in the hands of Benji Bailey, the square of the Barron stage was a patchwork of social politics; textured, colourful and beautifully stitched together.