Drunk fresher floods Mayflower after passing out and leaving tap on

Over the weekend, one Southampton fresher made a very drunk, very expensive mistake.

Brandon, a first year studying Aerospace Engineering, got a bit too drunk on a night out last Friday and managed to flood three floors of Mayflower Halls. How did he manage this? By leaving the tap in his sink running for four hours whilst he was passed out in bed.

For the full video head to The Soton Tab Insta.

Brandon told the Soton Tab he got back to his room at around 3am, threw up in his sink and attempted to wash it away. Forgetting he left the tap running, he got into bed, but little did he know the sink was blocked by his vomit and so it quickly began to overflow. 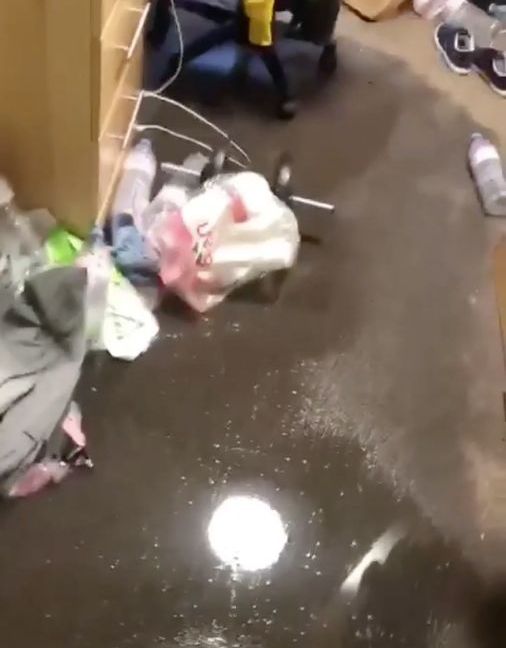 His neighbours room the next morning

At 7am he was woken up by security in his room, who accused him of flooding three floors of the building. Brandon got up to argue back but then noticed he was stood in four inches of water and soon realised what he had done.

Apparently, not only did he completely flood three floors, the water from his room on the sixth floor also started leaking down into the gym on the bottom floor. 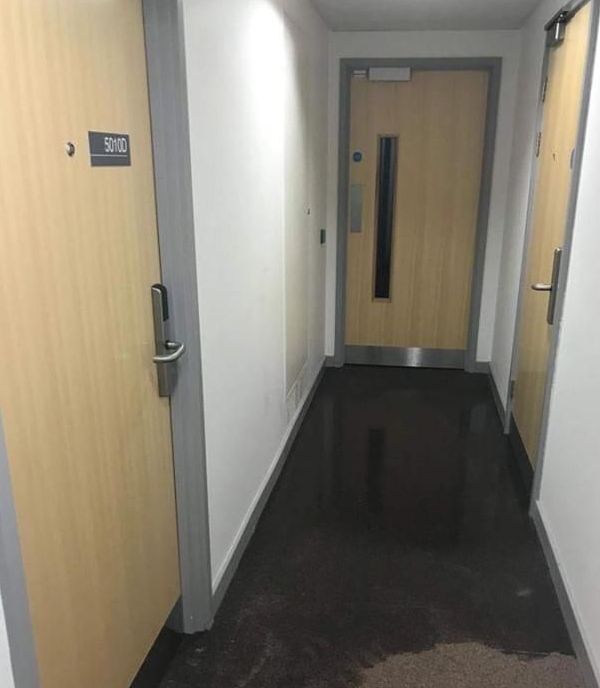 The flat below Brandon

From 7:30am, he spent the next day extremely hungover, hoovering the water out of his room, while a team of people were called to clean the rest of the building. 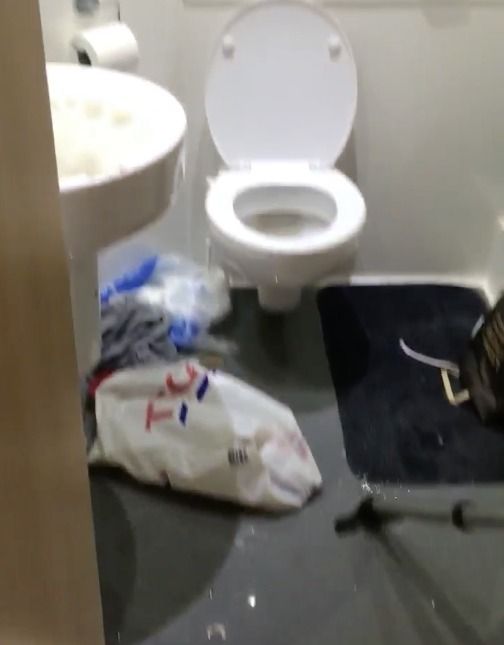 One student messaged the halls group chat wondering who had the audacity to be hoovering at 7:30am on a Saturday morning, forcing Brandon to own up to his mistakes. 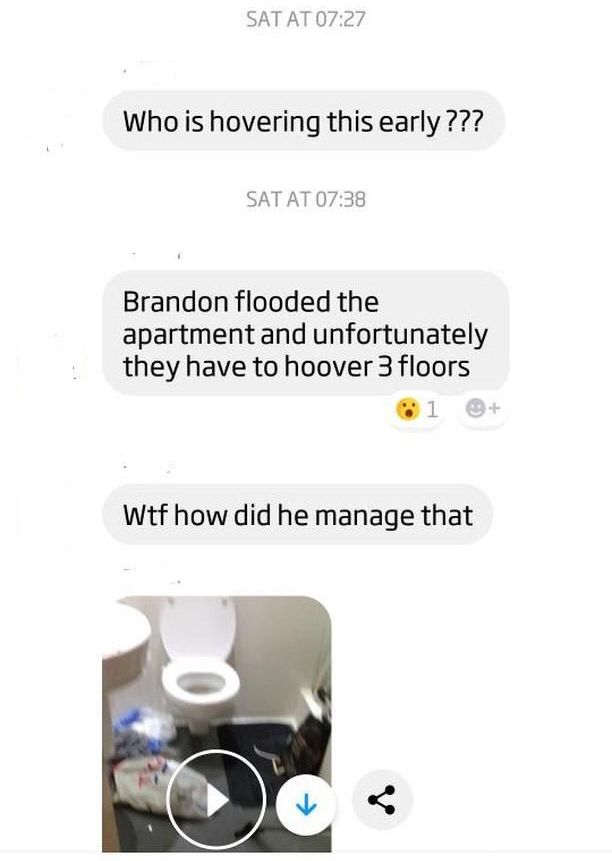 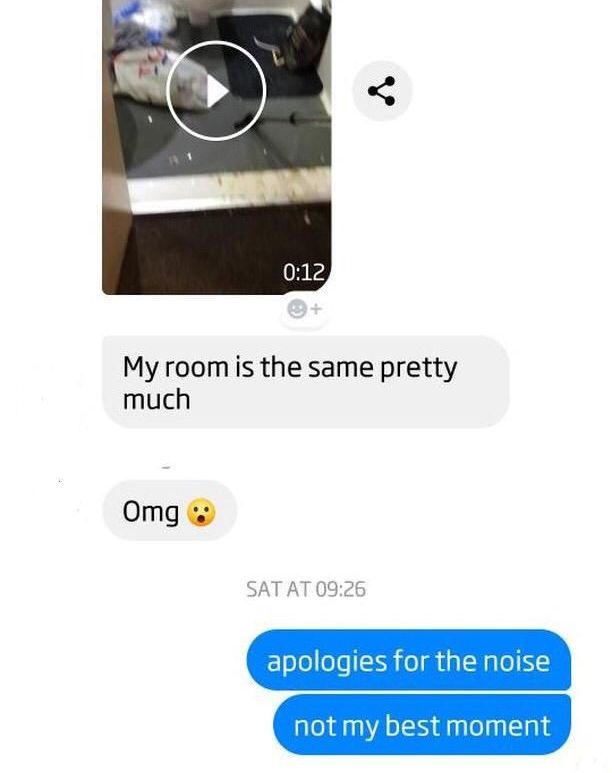 The flood also apparently shut off the electricity in flats around the building, leaving hungover students with no microwaves or kettles!

Brandon is still waiting for an email from the halls of residents services team, confirming the cost of the damages. A friend has suggested the cleaning alone would be £400, without labour – we don't know how they know so much about cleaning prices but there you go.

After Brandon told us the full story, he finally admitted: "Switch was absolute bollocks that night as well". Poor Brandon.

For the full video, check the Tab Instagram story.