ANOTHER fire has hit Portswood this year.

A fire has broken out this morning at the top of Portswood Road with a large plume of smoke that could be seen from Highfield.

The fire started behind Machine Mart at around 11:15 this morning and was quickly tackled by fire fighters and several engines were at the scene, including a Special Equipment Unit.

Hampshire Fire and Rescue told the Soton Tab that a fire in a garage at the rear of Machine Mart on Portswood Road was “well alight” and that a gas cylinder was present in the building and the surrounding area was evacuated.

The Environment Agency have been contacted over water run-off issues.

Witnesses have claimed to have seen a dark plume of smoke from campus but this is has now dispersed.

Fires are now as common in Portswood as charity shops. Last month a small fire broke out in the Lloyds TSB bank and last academic year saw a large warehouse fire behind the high street cause chaos. Back in March, a blaze saw the Talking Heads face some damage just before its relaunch.

Check out some photos from the scene earlier: 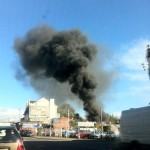 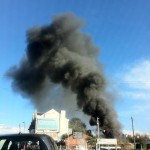 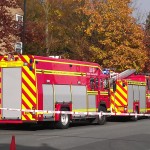 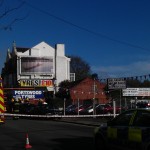 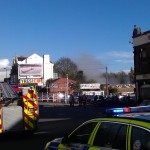 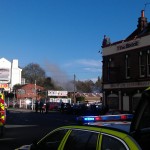 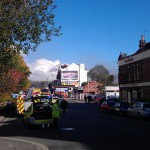 View of the scene from the end of Sirdar Road

Who are you crowning Soton’s most eligible bachelorette? Meet the finalists and vote now!

Who will be crowned the winner?

Some of these really stretch the definition of the word ‘cooking’

They look perfect ALL the time

‘Hugo has had feelings for Chloe since day one’

Yes, some have actually lasted!