LUSU are campaigning against a student block next to Sugarhouse

The last thing we need is another club closure

Student housing big dogs CityBlock have put in for planning permission to turn the Gillows Building – what used to host Elements and Mojo – into a student ghetto. There’s one tiny problem, however – there’s a nightclub in the middle of it. 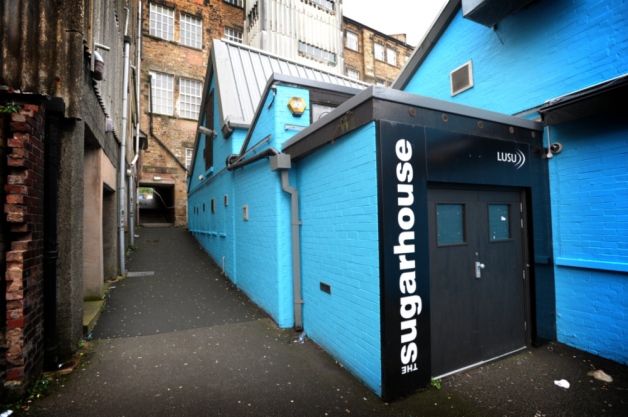 The place to be…

You may have heard of the Sugarhouse, LUSU’s pet nightclub and major cornerstone of the Lancaster student nightlife scene (for better or for worse). As poor Dalton Rooms recently found out, a club surrounded by accommodation isn’t the easiest thing in the world to run.

As such, LUSU have kicked off a campaign asking students to “help us oppose flats near the Sugarhouse”. The post states that “[w]e believe that siting flats here will result in unacceptable noise levels for student tenants. We also believe that locating flats here will lead to restrictions being placed on the Sugarhouse that could impact its viability and damage the wider economy of Lancaster.”

There certainly seems to be a lot of support for the campaign. Sugarhouse assistant manager Patrick Hall’s public Facebook post, “urging everyone who cares about the past, present or future of Lancaster’s nightlife” to join the campaign, has racked up over 250 likes within two days: 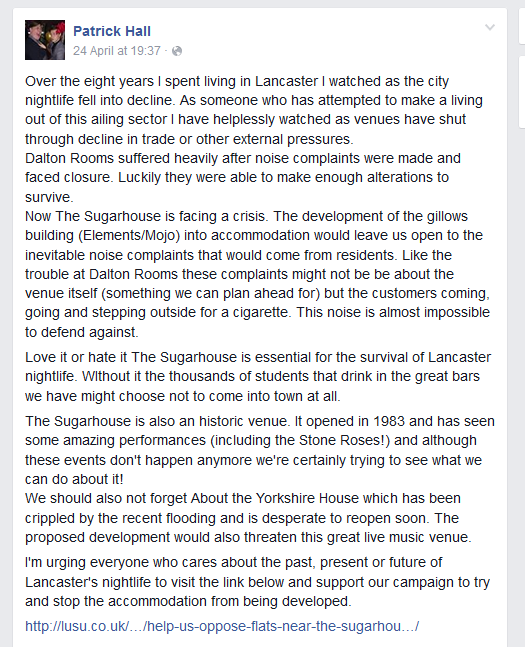 The campaign has even received bipartisan support from Sugarhouse’s business rivals, such as Bentley’s owner Robert John Allan:

Over at The Lancaster Guardian, locals also registered their objections to the plans, albeit for different reasons:

Bottom ‘spoons, Mojo, A Wing, Elements, Revs, Fives, the Friary, Buddha, Dirty Buddha and Toast. We don’t want to see Sugar added to that list, so The Tab Lancaster is urging everyone to support this campaign. To join in, just follow this link and follow the instructions – it takes a few seconds and you’ll feel like a twat if you don’t, and have to spend every night drinking in your room for the rest of uni.