The Green Ayre won’t be reopening any time soon

Nights out in the afterlife have now recently improved following the all-but-death of The Green Ayre, affectionately known as Bottom ‘spoons. The Lancaster pub, which had been ostensibly shut for refurbishment since being made a bit soggy at the end of last term, has had plans for a reopening shot down and now joins fellow former Lancaster clubs Mojo, A Wing, Elements, Revs, Fives, the Friary, Buddha, Dirty Buddha and Toast in that great club graveyard in the sky.

The decision to discontinue refurbishment was announced to Wetherspoons staff in a meeting earlier this week, the reason cited being the exorbitant cost of refurbishing the damaged building. 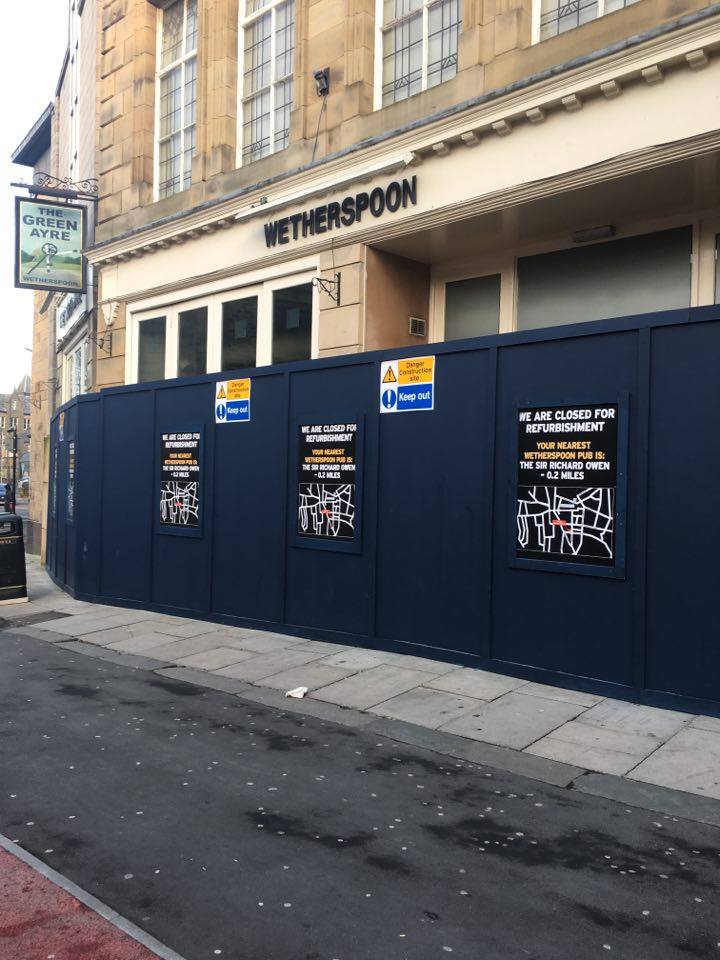 A Wetherspoons employee said: “For now it’s pretty much closed for good. I think they are thinking that it might get opened again further down the line, like next year or something but they have no real plans other than to keep it closed”.

Another suggested: “The lease on the building was also due to run out soon and it wasn’t cost-effective to repair the water damage”.

A statement from the pub on Facebook originally said: “After great deliberation, we regret to announce that the flooding which took place on December 6 2015, has forced us to close our doors as The Green Ayre for the last time. We unfortunately will not be re-opening as a Wetherspoon Venue.

However, a Wetherspoons spokesperson has since denied this, saying: “The post relating to the pub not reopening was put on Facebook by a former employee of the pub and is incorrect. The situation is that the premises are still drying out and taking longer to do so than we anticipated.

Until it reopens, Bottom ‘spoons will be sorely missed – both its inoffensive food offerings and tables by day and its DJ and dancefloor at night. It was a vital part of a Lancaster, serving as the mid-drinks stop between pres and Sugar, and its loss is just yet another blow to our nightlife scene. Pour out a little liquor for our fallen watering hole.