Everything you learn studying Computer Science

Ever since your first line of code, you knew. You knew that Computer Science (CompSci to its friends), along with being the degree for fitties such as yourself, was the degree of the future. Whilst everyone else bitches and moans that robots and automation are taking all their jobs, we sit high in our silicon towers and chuckle as we bring in that very automation – at least until we create a program that can program and then we get to eat shit like all the rest of the peasantry.

Until then, Here are the things you learn during your CompSci degree:

Computer Scientist-chic is in a league of its own 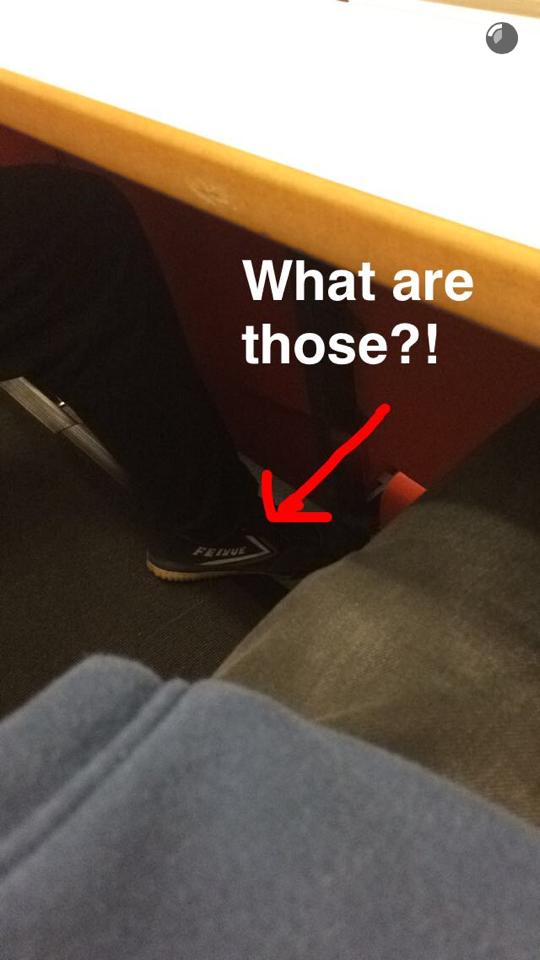 Comfy af and about fifteen quid a pop, is what – don’t hate me cos I’m stylin on you

The Computer Scientist knows that, possessing the most patrician taste of all the scientists, any criticisms of their fashion sense is but the bleating of jealous mortals. They drift down the halls leading to their labs in unironic Metallica tees, in public masturbator trenchcoats, in My Little Pony garb. The Computer Scientist heeds not the call of decorum nor the fancy of fashion. He is a law unto himself.

Every lecture descends into acronym soup within about five minutes

Ah yeah mate so you want to program your HTML and PHP in an IDE, then FTP that so you can view it on the WWW. TCP/IP, HTTP, SFML, FUBAR. We even use recursive acronyms like GNU (GNU’s Not Unix) because we find that funny. FML.

There’s something about technology that just makes people compete with each other for some sort of ‘who can be the biggest retard’ trophy. Like, it becomes a point of pride for some people to announce how technologically illiterate they are and tune out, as though being a luddite is the new hip. Either that or they will make no effort to hide the fact that the moment you said ‘computer’ and ‘science’ side-by-side, you may as well have started regaling them about your stamp collection for all the shits they give.

Just say you do English Lit or some other bullshit degree you can easily bluff, it will save you a thousand headaches.

Stack Overflow is like a thousand lecturers in one site 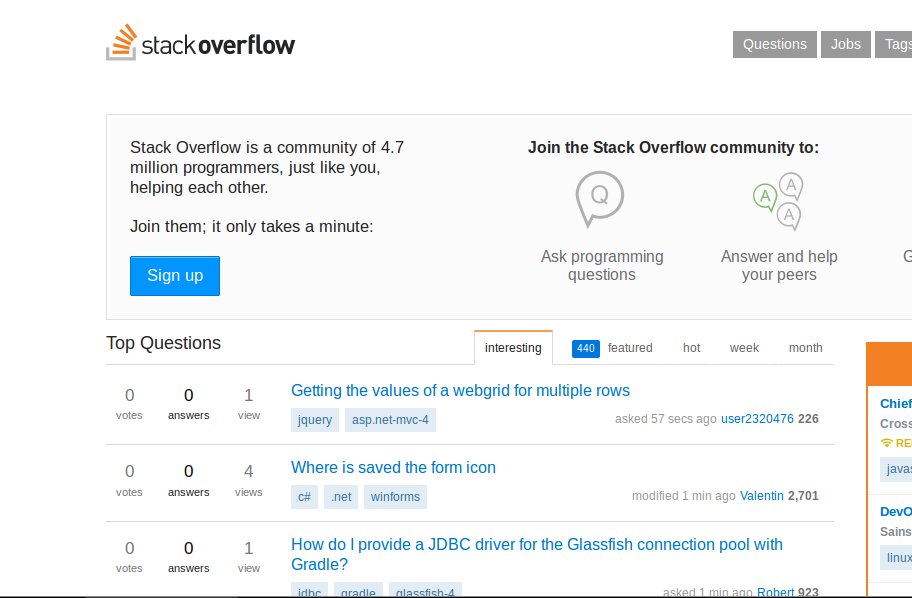 And you will not stand a chance without it.

Yes I can fix your fucking laptop

Will I fix your laptop? Sure! For free? Fuck you, pay me.

The best bit of the Computer Science student’s year is the first week after Fresher’s Week. Their flatmates complain loudly about all the £90+ doorstoppers their courses require them to plonk down the cash for. The Computer Scientist merely chuckles inwardly as he scrolls through his .pdfs. 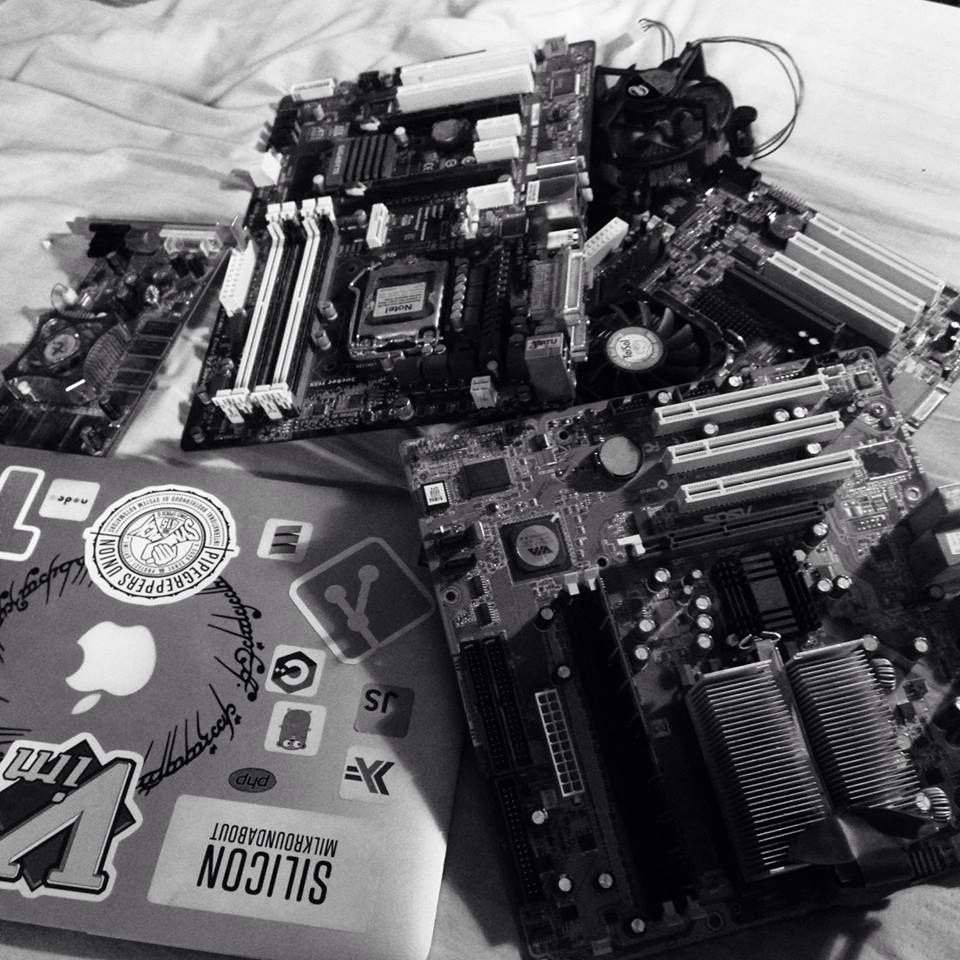 The Computer Scientist, in his natural environment, will decorate his laptop with stickers much like a warrior of yore would tattoo himself

I’ve seen people nearly come to blows over preferred languages/IDEs/paradigms/literally anything. That’s not to say I’m immune to this – I still immediately think less of a person who tells me they program in C♯ or use Eclipse or whatever.

That is a program to output the words “Hello, world”, written in a language called Brainfuck. Why did someone create Brainfuck? Why do people create programs in Brainfuck?  Because we can, and for some reason we really hate ourselves.

Shit wait was that a girl? There, in the back of the lecture theatre. No, not them, next to them. There! That’s a girl! Call the authorities, that’s a real life—

Never mind, it was just another dude with long hair. False alarm, everybody. 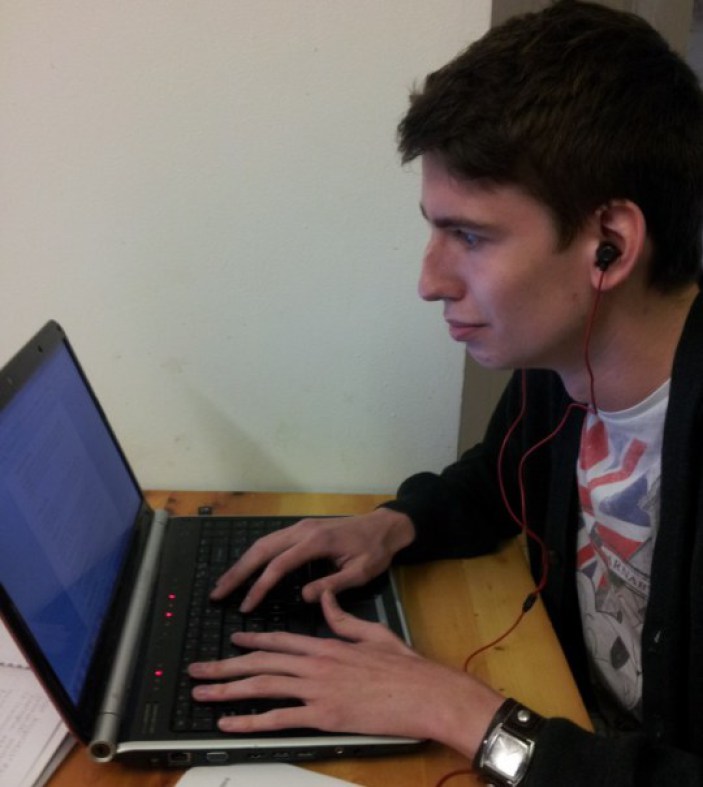 Ma’am, are you aware how much pornography there is on this laptop you’ve asked me to help you with?

I worked at a school that had all of their passwords in a text document on the shared drive called ‘passwords.docx’. I’ve been on people’s laptops as they slowly die, clogged up with online poker popups every few seconds, viruses running rampant and god knows what else. I will, more for my own benefit than theirs, offer to clean things up. Within a week, it’s back to where it was. I don’t understand how these people do do it.

You will always feel smugly superior to everyone, even other Computing degree students

IT? Software Development? I mean, I guess they’re okay. Sure.

Some people really aren’t cut out for Computer Science

Some people REALLY aren’t cut out for Computer Science

All of it. All of it is why it isn’t working.

2-4-1 cocktails, Sultans, and ducks: Everything you’ll miss about Lancs over Xmas