It’s a no from me

Unless you have been living under a rock for the last week, it will be old news to you that Kylie Jenner, the youngest of the Kardashian-Jenner clan, has given birth to a baby girl. At just twenty years old, Kylie has shared how grateful she is for Stormi Webster and how her twenty years on earth have been preparing for this exact moment.

Social media went wild on Sunday when we finally found out (as if we didn't already know) that Kylie had in fact been pregnant all these months. But reality check: most women in their early twenties do not want to be pregnant and will do everything in their power to avoid it. Most of us aren't billionaires.

In the real world, being 20 and pregnant could potentially be a girl's worst nightmare – and here's why:

How would you afford the baby?

As much as you might be dying to have your own mini-me, let's be serious: most students find it hard to budget their own living costs on their student loan without having to provide for another living being. And unless you were doing extremely well at your part time job or are an aristocrat, it's unlikely you'll be able to afford rent for your own place, especially in a city like London. It looks like it is time to move back in with your parents.

If you are finding it hard juggling everything at the moment, having a child isn't going to help your time commitment issues

Most students find it hard juggling their studies, a part-time job, a social life, exercising and eating healthy hard enough. Add a child into the mix and you're playing a whole different ball game. There will be no more spontaneous nights out, no more leaving that 2000 word essay until the night before, no more chilling in your mates room until 3am just because you can. 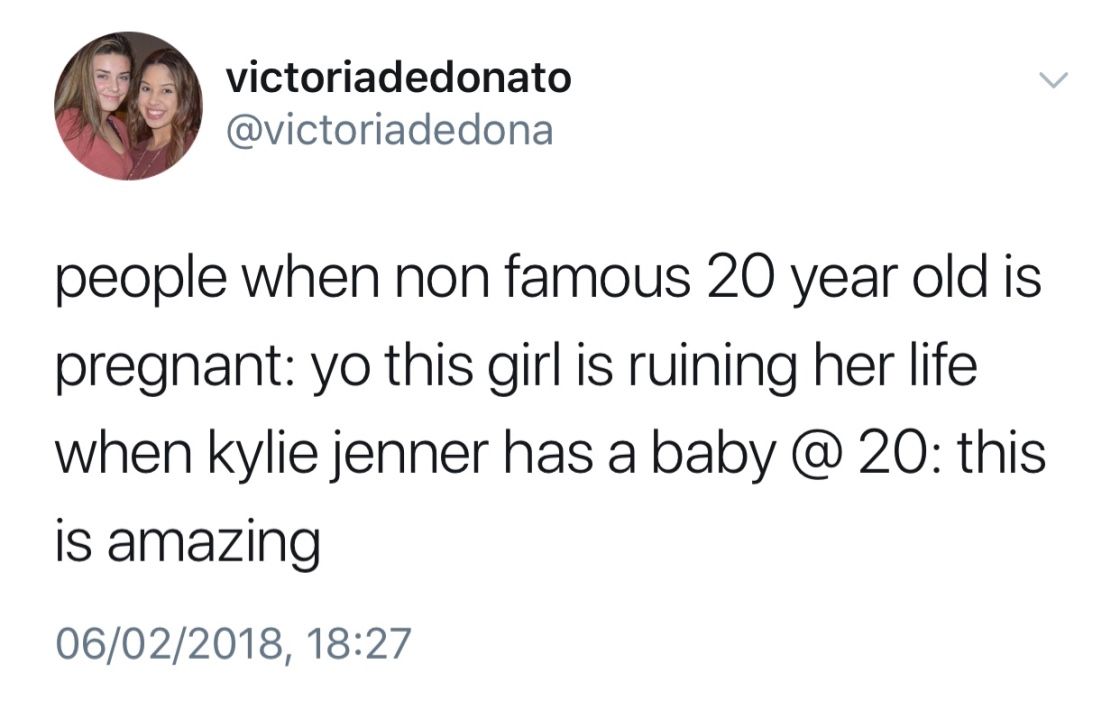 If you weren't ready enough to have a child, I am pretty sure your partner is just as unprepared for this commitment as you are. If they decide to stay in the child's life, that means that even though you may have only known each other for a few months – or hours -, you are now forever connected. Going from a casual thing to being called Mum and Dad? You couldn't even handle the label of boyfriend and girlfriend, how are you going to handle this? 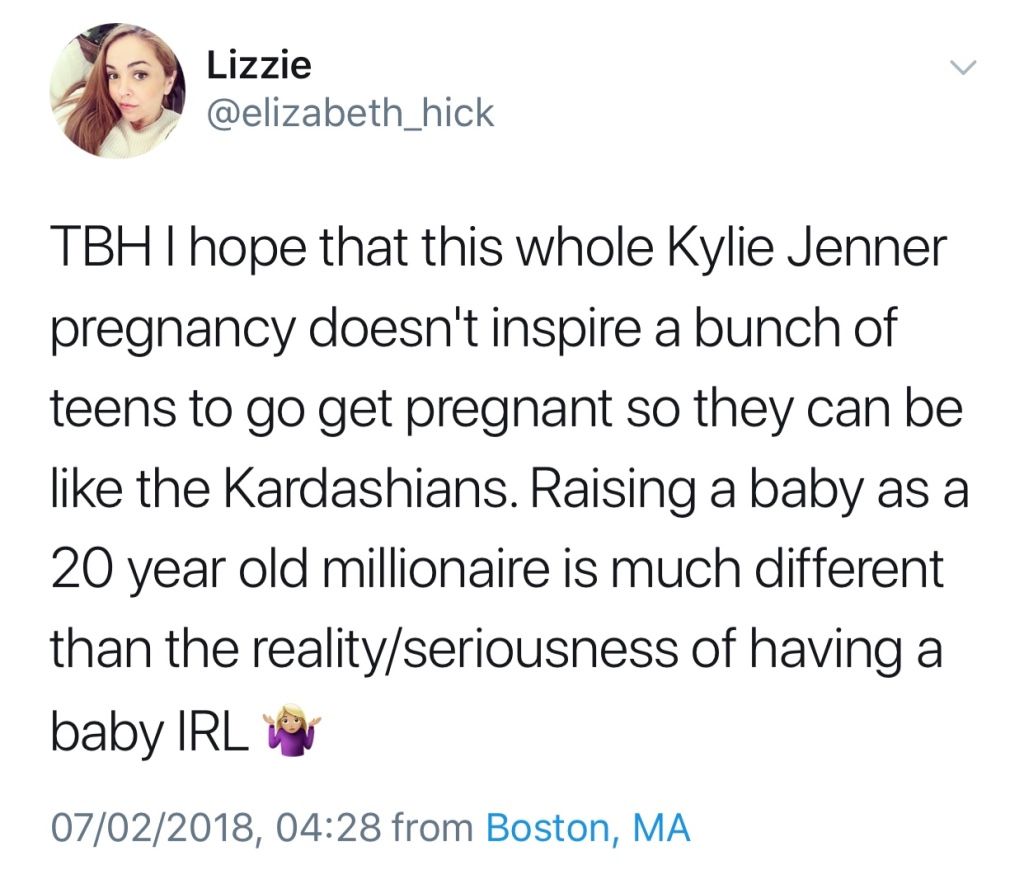 Yes, they say university is a time for experimentation – but I'm pretty sure that didn't mean raising a child

Change your hair colour? Try being vegan? Go on a bit of a wild bender? Sure, that's uni. Having a baby? Don't think so. 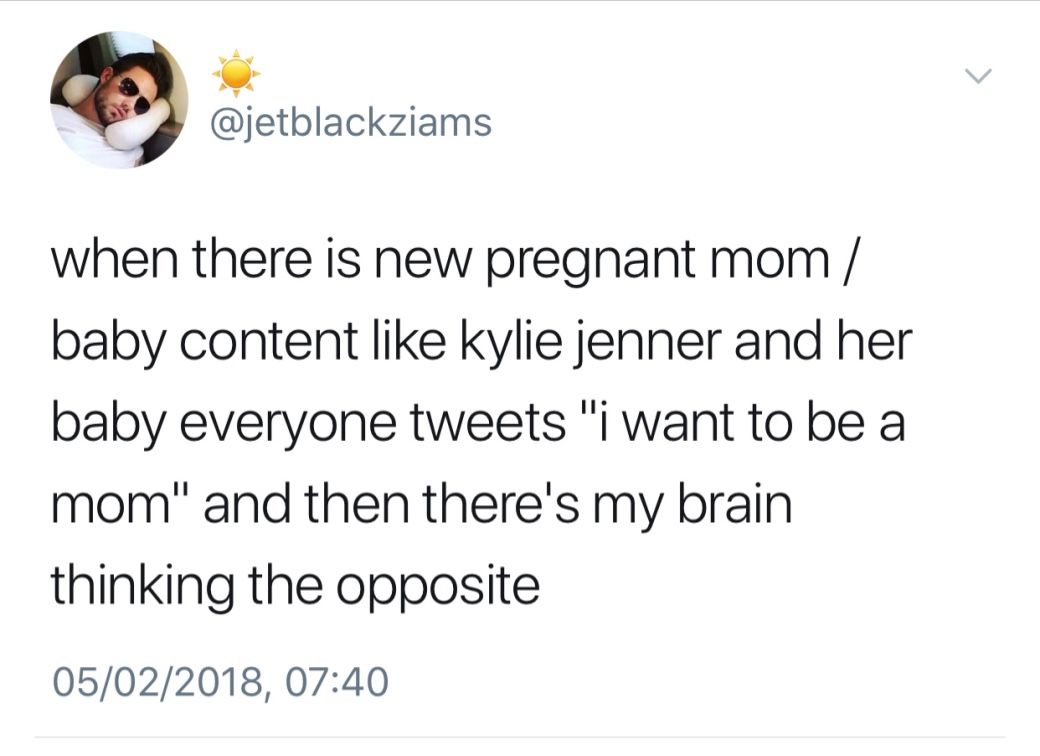 The cult of the pill/coil – will it ever be not relevant?

Most of us have taken the pill since we were 16. It’s recommended by sisters, doctors and by our best friends as the reliable method to never get pregnant. We’ve suffered hormone changes, weight gains, acne outbreaks and the “monster” phases, so can we really forget about this in idolising a pregnancy? The cult of the pill remains firm in girls of their early twenties, because we’ve been told to trust its capabilities in stopping our eggs from dropping like it’s hot. 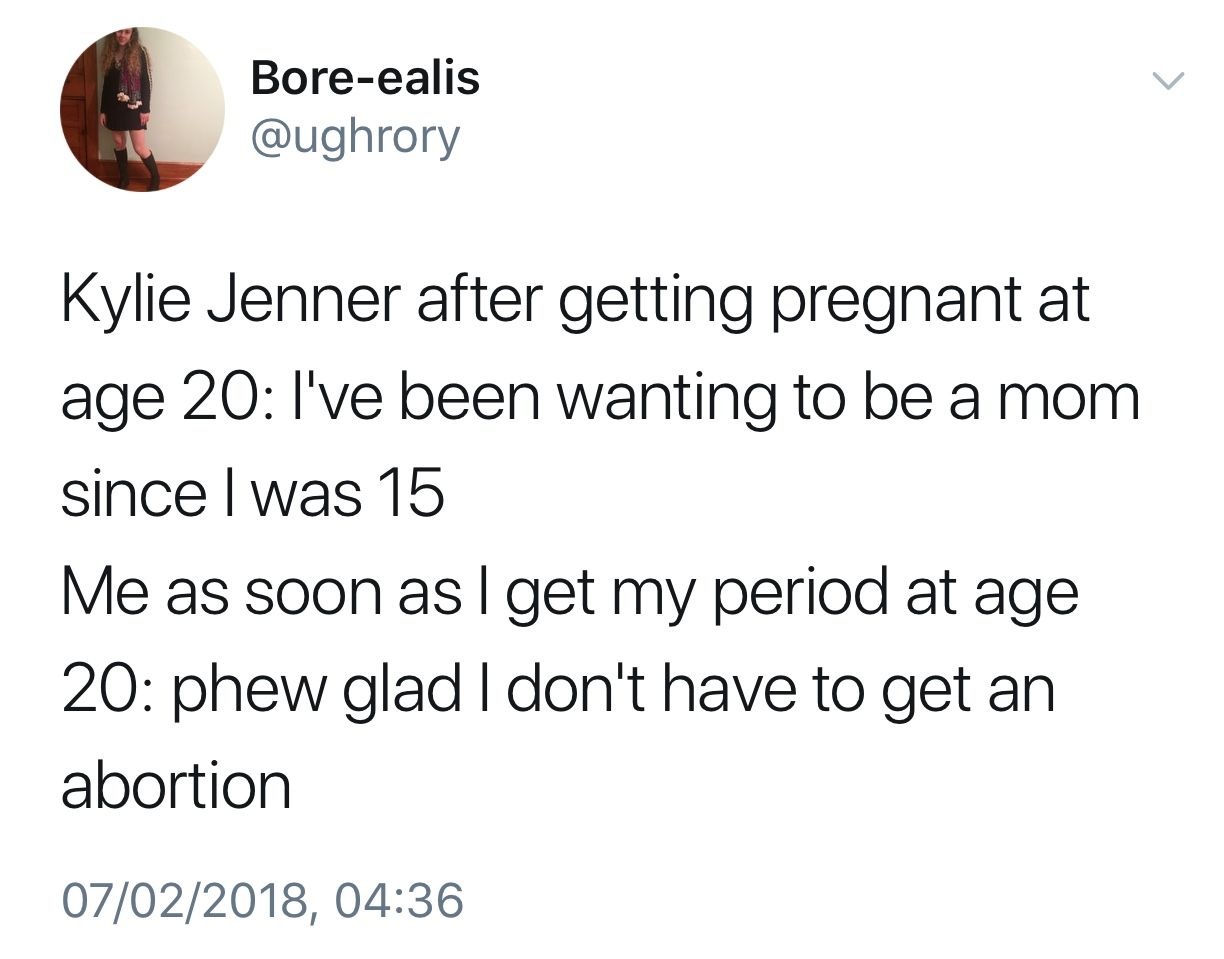 We are not saying that all teen mums are bad mums: they often turn out to be some of the best mothers out there.

Yet, for a student incapable of managing their own life, being pregnant at 20 is not as easy and glamorous as it seems, and idolising Kylie Jenner for being a mum at 20 can be risky and dangerous.

So maybe, for now, we will skip this one Kylie Jenner trend and stick to lip-fillers, mermaid coloured hair and big booties in 2018.