‘We trusted them’: Cardiff students’ belongings thrown out by staff in halls

Seems like there’s no safety net for your kitchenware either

Students from Cardiff’s Talybont halls have complained about their kitchenware being thrown out by staff whilst they went home to isolate.

Many students left university halls to isolate at home, and the university did not give any instruction on whether to leave or take belongings because no one knew how long isolation would last. 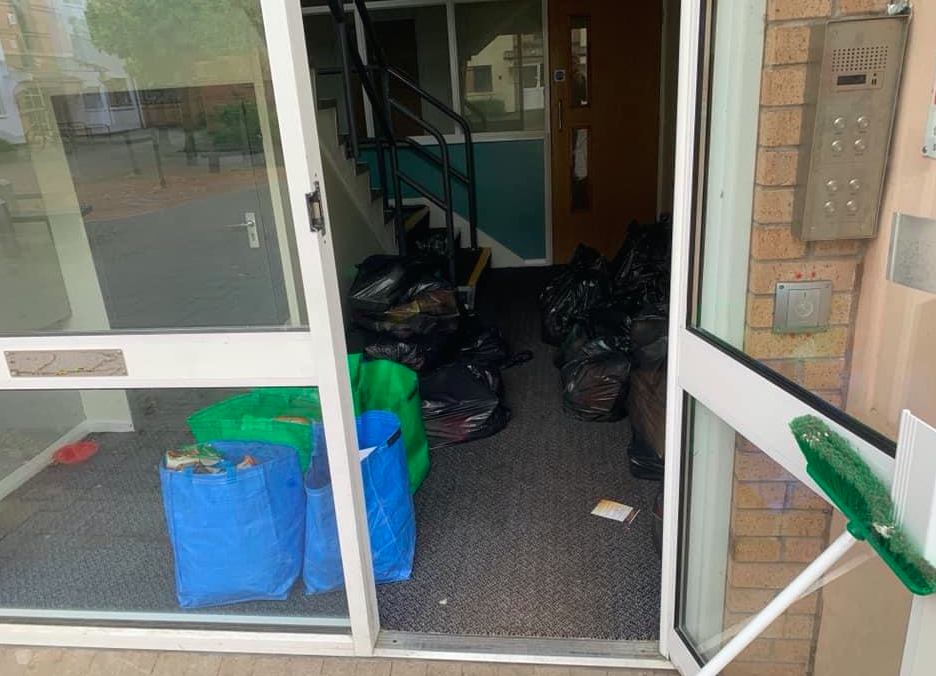 With the realisation that term will not resume face-to-face, students who reside in halls have left their belongings behind and will not be able to retrieve them until the lockdown is lifted.

One student told The Cardiff Tab that she emailed the university to check that her belongings were safe in her flat until law stated she was able to go and collect them, to which the university responded: “We will store your belongings for you until it is possible for you to collect these”. Cardiff University also vowed to notify students if restrictions are ongoing and alternative arrangements have to be made.

This week, however, students have come to realise that their kitchenware and food items have been thrown in the bins outside, even though students were reassured it was only “dirty” and “unusable” items would be disposed of: 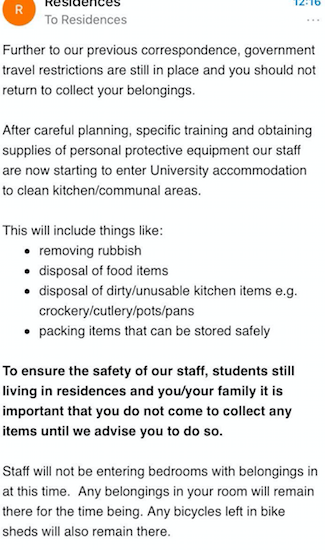 The fresher told The Cardiff Tab she was “very disappointed” when she entered her kitchen to find her belongings “thrown in the bin as if they [were] worthless”. She approximated her losses at around £200 but many items were sentimental or brand new.

She explained she “went into the kitchen to find every single cupboard had been emptied and many food items had been taken”, and she even had to dig through the bins to find her things. She also said some were expensive items which were gifts from family members. 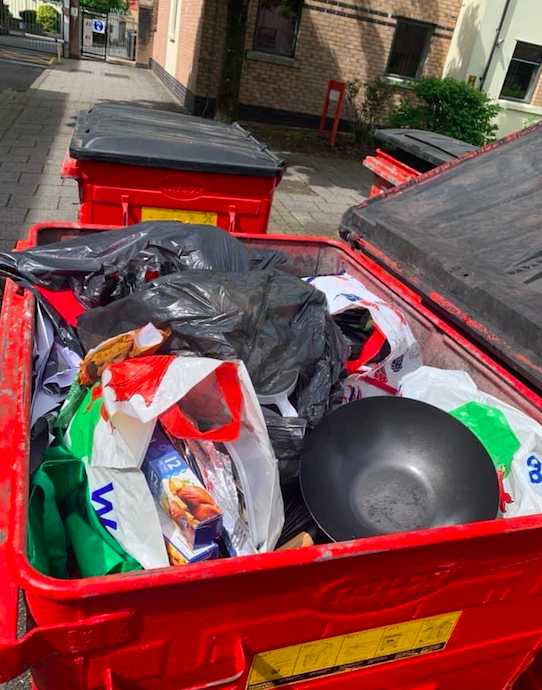 The student went on to claim that staff don’t necessarily need to be going into flats, saying “it’s not essential work” for cleansers to dispose of students’ items.

Another fresher, studying Journalism, Media and Culture, said they feel “truly disappointed about it all, especially after leaving everything in a clean and perfect state.”

The student travelled to collect their “necessary items ” once they heard from a friend “staff were throwing peoples belongings away.” 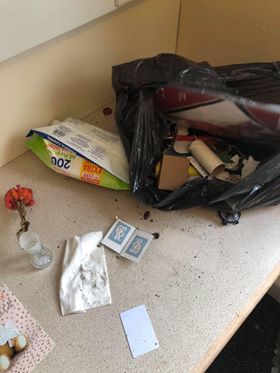 Though they have said it is a worrying thing to hear, they advise against travelling to collect any belongings that aren’t necessary during the current lockdown restrictions.

Victims of this incident are hoping for compensation for the items disposed of without their permission.

Another Cardiff University student told The Cardiff Tab that they had to travel back to collect their possessions to ensure they weren’t thrown away. The student went on to say: “They did Talybont South today, so I came down before they could get to Talybont North”.

On a Facebook post on Overheard at Cardiff University, students were expressing their concerns saying “they better not touch my fucking tea strainer.” Another added: “I’ll be fuming if they get rid of my work.”

A Cardiff University spokesperson told the Cardiff Tab “we are cleaning and clearing a small number of our flats in preparation for a group of healthcare students who are going to work for the NHS” and have started cleaning rooms of students who’ve notified the university they have left.

The spokesperson wanted to assure students that their intention is “that any items from the kitchen/communal area that can be stored safely will be kept for flatmates to review when collecting their own belongings”.

A University spokesperson told the Cardiff Tab that they “recognise that we have made an error in clearing out one student bedroom” and are “apologising and recompensing where appropriate for any distress or loss occurred”.

The University released a statement to students via Twitter to reassure that “we are not planning on entering bedrooms where students have advised they have left belongings”.