They said it’s ‘business as usual’

The West Wing accommodation have said that their residents still have to pay their final instalment, despite the fact that most Cardiff students have returned home due to the national lockdown.

They stated that: “Whilst we understand your position, we are not able to end any tenancies early due to the ongoing coronavirus situation.”

After Cardiff University’s Vice-Chancellor moved all university to online, Colin said he hopes this decision “alleviates any anxieties about coming into the University’s buildings and being in close proximity with other students and staff”. As a result, many students have returned home to social distance and adhere to the new national lockdown rules.

As well as Cardiff Uni, Cardiff Met and USW have also reduced the use of their campuses and moved lectures and seminars online. 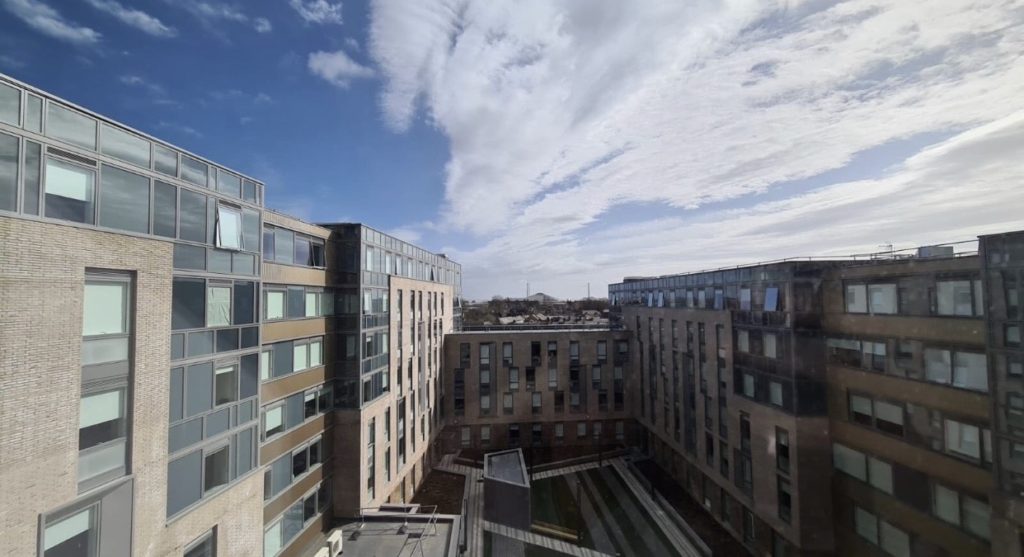 The Cardiff Tab spoke to some students living in The West Wing, with one saying they were “fuming” that the halls are “making us pay the rest of the year”.

In an email sent by The West Wing to their residents, they said that it is “business as usual” adding that there have been “no reported cases at The West Wing.” They then claimed that the decision to go home was their “free choice”. 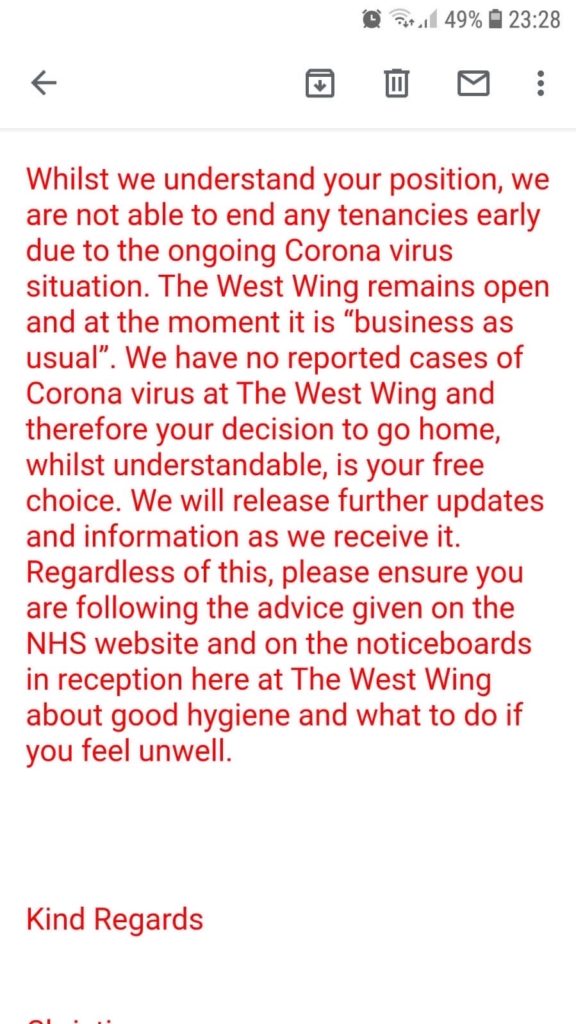 A resident said that “all facilities have been closed for two weeks” which has caused some residents to question whether The West Wing is truly open to its best ability, and what it is that the residents are still paying for.

Some students have also had to pay in advance, but the situation means that their rooms are “basically empty for the next three months”. 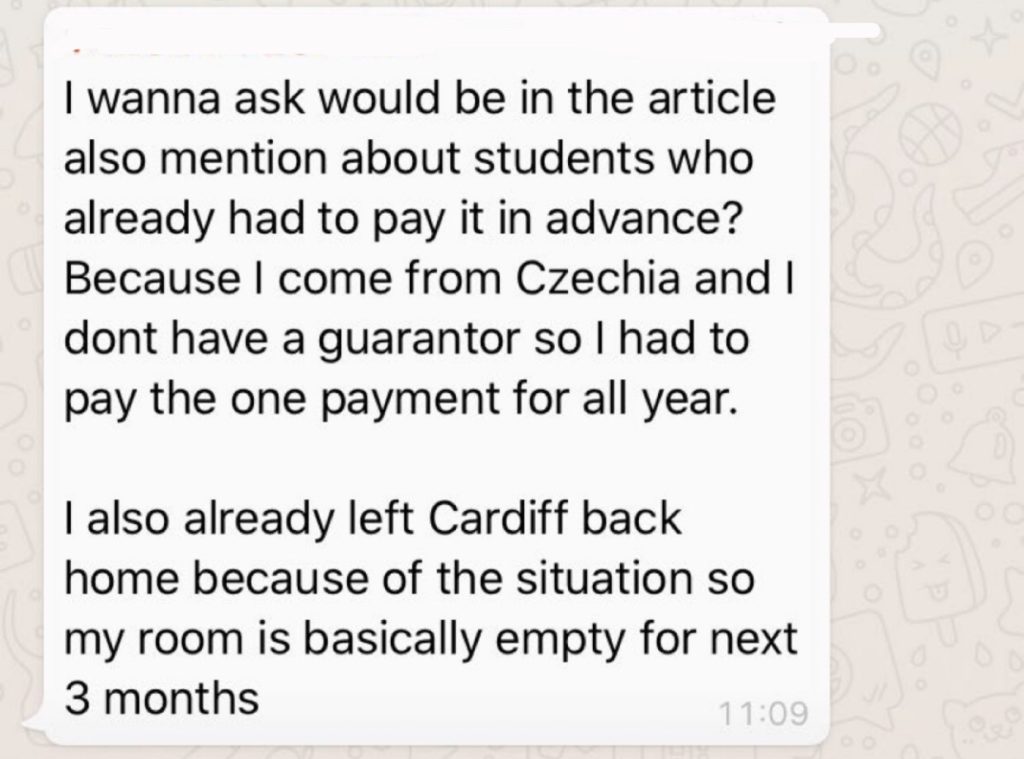 As a result, many students will have to pay nearly £2,000 for accommodation that they won’t be living in, as their university campus has closed.

Despite the email from The West Wing stating they have “no reported cases of coronavirus”, one resident told The Cardiff Tab that they’ve informed The West Wing that they’re self-isolating with mild symptoms and said, “I have told them and they asked if I had been tested”. 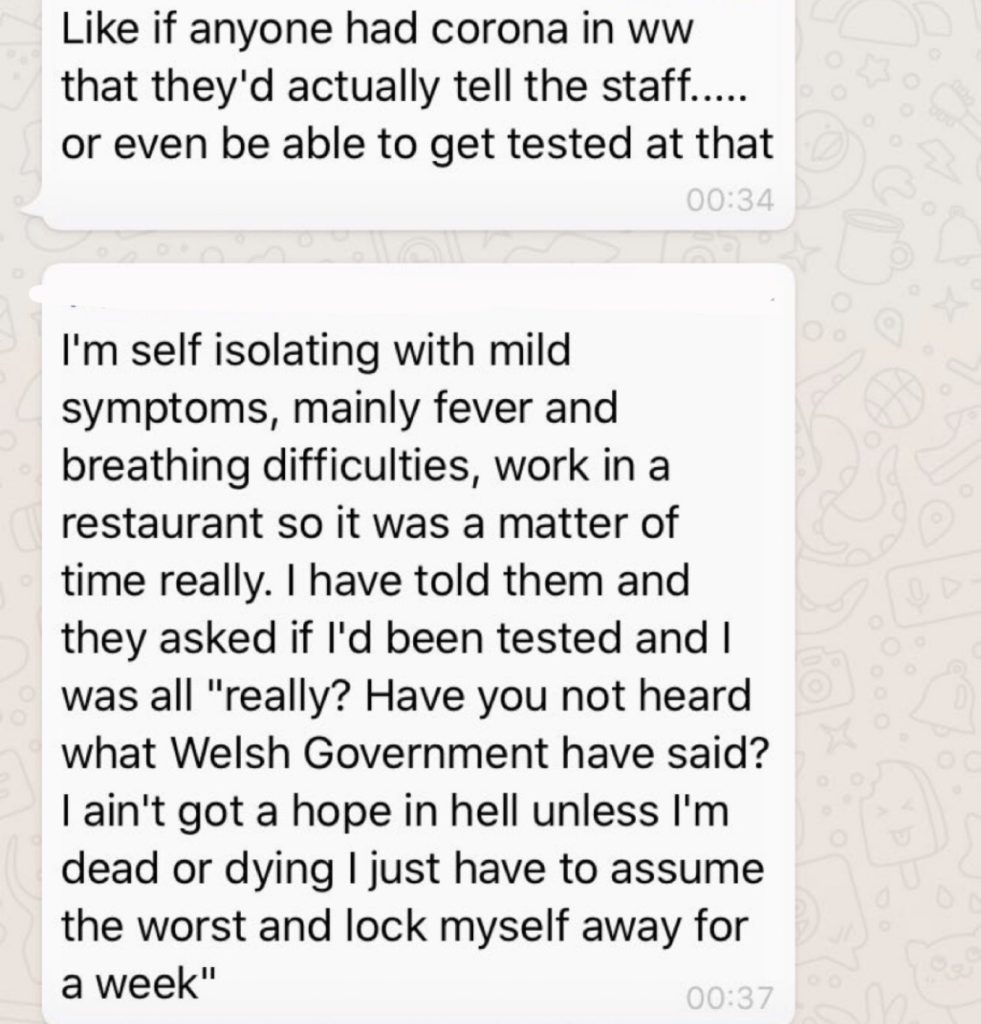 Another resident expressed their concerns, saying “we can’t even use the facilities and the fire alarms [are] putting the residents at a higher risk of catching the virus.” 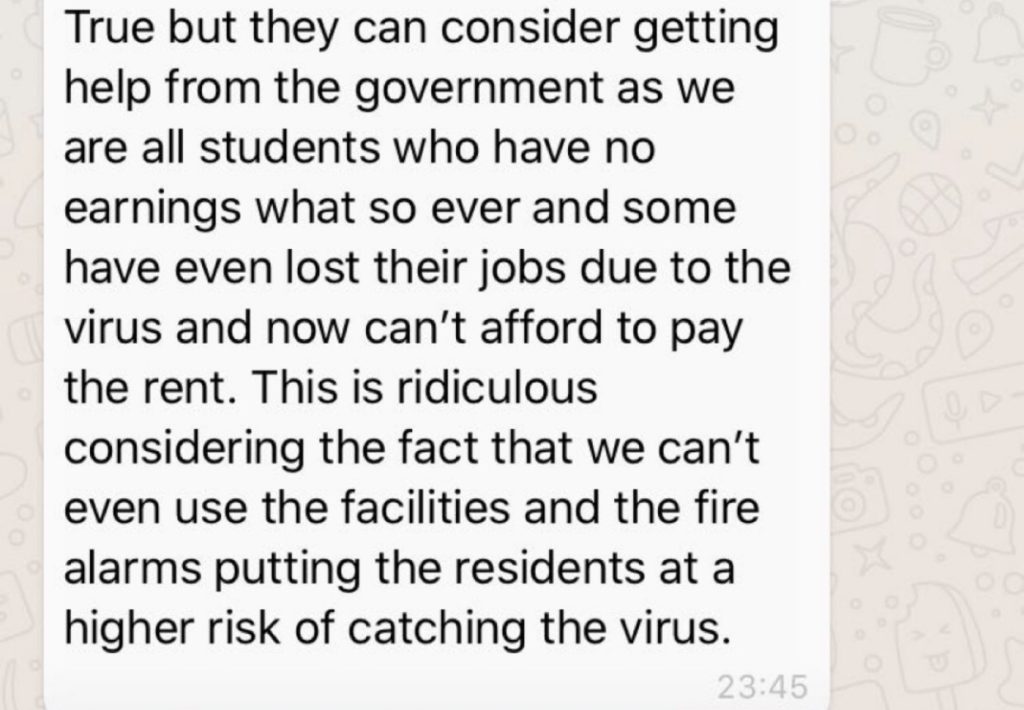 The Tab Cardiff have requested a comment from The West Wing but have not received a response.

• Cardiff University ends all in-person teaching due to Coronavirus