On Saturday night, a fire broke out down Chippy Alley, in The Red Onion Fish & Chip Shop.

The blaze is said to have begun, appropriately enough, in a chip cooker.

Police set up a cordon around the street, which was removed after the fire was extinguished at 22:35 – meaning most clubbers were still queueing outside Glam when the incident occurred. 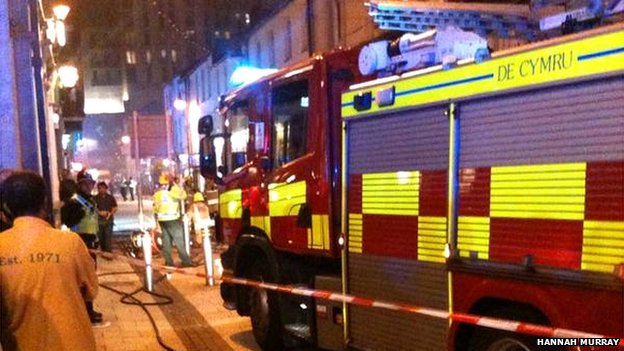 Source: BBC. A photo from the moment the fire-fighters arrived.

Workers were busy cleaning up the damage in The Red Onion Fish & Chip Shop when The Tab visited the scene the morning after, with little visible damage done to the shop front.

Fellow chippy alley employees expressed surprise at news of the fire, many of which claimed to have been not working and unaware of the incident occurring at all.

Thankfully, no one was injured.