Cardiff University’s very own Alice Ford wins Miss Wales and will represent the country at Miss World in September.

The 21 year old student has not only won this prestigious competition but has demonstrated that you can have both brains and beauty by balancing her win with studying for a degree in molecular biology… Yes, an actual, proper degree… Molecular Biology.

In regards to her passion for the subject, second year student Alice says that ‘her first love is genetics’ and that she ‘really hopes to go into medical research as that’s what [she’s] really fascinated in.’ Wanting to cure deadly diseases certainly adds to her charm. So if you play your cards right boys, you could be researched and possibly treated by a beauty pageant queen in the future.

Cardiff born and bred Alice will represent Wales at the Miss World competition in London in September and I’m sure the whole of the university will be rooting for her and wishing her luck.

Alice represents a great role model as she proves that winning Miss Wales, although a beauty pageant, relies not only in pride in your appearance but pride in all aspects of your life. She has shown that through time management and working hard, she is not just a pretty face saying “I don’t see why you can’t be a scientist and a beauty queen at the same time.” 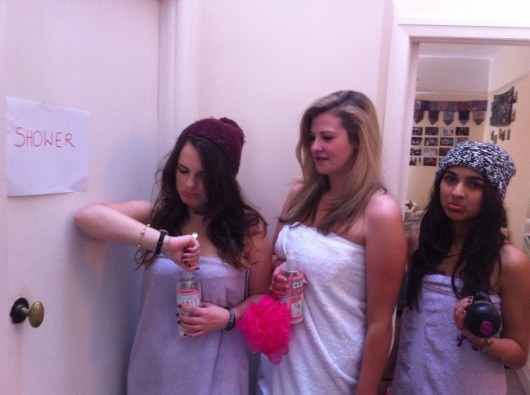 I hope that Alice’s deserved win has inspired a host of Tab readers to now get off Facebook, wash their hair and go to the library… You may even get on Big Brother if you do…