January is just a bit shit really, isn’t it?

January is just a bit shit isn’t it. Everyone is fat, everyone is cold and everyone is in the library. Last year I became temporarily insane during exam season and couldn’t stop listening to eighties power ballads: Furiously tapping away on your laptop to Bon Jovi’s ‘Living on a Prayer’ is an intense experience. I also learnt and practiced Beyonce dance routines with somewhat disappointing results, drunk, in heels and on a very slippy dance floor trying a spin from ‘Love on Top’ leads to falling over, being picked up under the armpits by a stranger and promptly being asked to leave Tiger. Fab.

This year I’ve rekindled my nine year old love for Shania Twain, and with the help of Taylor Swift have become slightly obsessed with country music. I think this is acceptable as Taylor has slept with Jake Gylennhal and Harry Styles and maybe if I listen to her enough I may soak up some of her wisdom.

New Years has been and gone and I’m now ready ‘to sort my life out’ lol…jk. I (obviously) got drunk and kissed most of the people in the room including the host’s 18 year old friends. I even went back for round two with some people. However, my behaviour is somewhat explained by the fact I was so drunk that I kept saying “Hashtag 2k13 bitches” and “Hashtag YOLO”. It was never funny and I just don’t know what came over me. I also tried to seduce boys with a range of ‘animal themed’ dance moves including ‘rattle snaking’ my way across the dance floor. 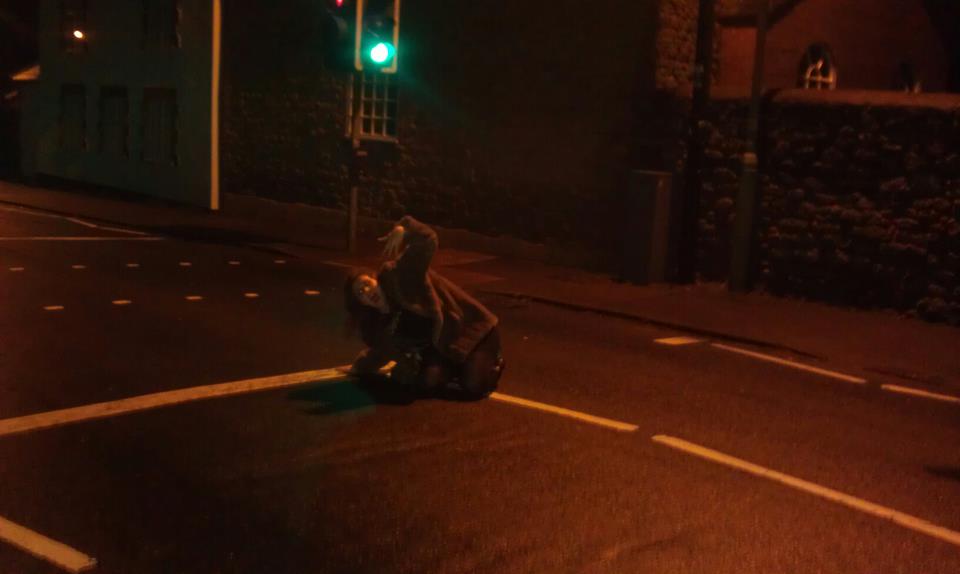 The mess that was NYE

Yet the fun and games are over and I find myself, once again, confined to the library. The library around exam seasons is an odd place to be. First of all, its bloody heaving with people searching in vain for a ‘free socket’ and secondly everyone is so deathly bored with their work that as soon as you go on a wander/go to the loo/fill up your water bottle, everyone stares at you. I am no exception to this rule and have considered investing in one of those books with eye holes. I’ve taken drastic measures and decided to change my normal style of Mulan-like top knot and flowing clothing (if my body is free so will my mind be free) for some attempt at style…

And my efforts have not been in vain Tab readers, for today I had a library flirtation *pause for effect*. It began when he asked my help setting up his internet. I was not surprised by his request as I am cursed with a ‘friendly’ round face. Apart from being nicknamed ‘moonie’ by my nearest and dearest, this has resulted in a life time of being stopped by Japanese tourists to take pictures, constantly having people sit next to me on public transport and being asked for cigarette lighters. I then, of course, do that terribly British thing of apologising for not smoking.  But I digress, back to my library rendezvous…

After failing to be of any help what so ever we spent the next 6 hours awkwardly making eye contact over our laptops and frankly it was a bit of a relief when he packed up to escape. We had a fond farewell, a.k.a, a wave. However, I panicked and went for the creepiest of waves; you know the one where you wiggle all of your fingers.

Boredom also leads to copious amounts of tea being drunk, opening, having a look and then closing the fridge and as I have found with certain friends, bizarre day dreaming. My friend, who shall remain nameless, genuinely told me after lots of stalking she believed she was soul mates with James Arthur as they had both suffered disenchanted youths.

But after a long hard day of slogging away in the library writing about lesbian vampires (my course got real weird) at least I can come home, cover my body in fleece lined pyjamas, let my sweater puppies run free and eat left over mince pies.