This week, loads of people flocked to the New Theatre on Park Place for the Royal Shakespeare Company’s production of Julius Caesar. 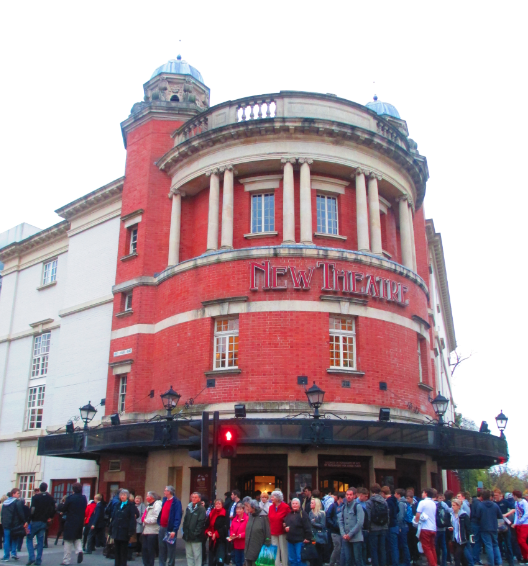 In town: The New Theatre

Shakespeare’s tragedy was brought to life in this epic interpretation which was performed by an all black cast and was set in Africa, although the script remained unchanged. Julius Caesar tells the story of a great hero who is betrayed by his friends Brutus and Cassius who kill Caesar for the good of Rome. Marcus Anthony, played by Ray Fearon, begins a rebellion against the traitors in order to avenge Caesar’s death leading to an almighty battle in the second act.

The audience were transported to Africa with the live African music and passionate dancers. The set was similarly eye catching with ascending steps running all along the back of the stage and a conveniently placed tunnel in the centre to allow for smooth and effective scene changes. This also gave the players many levels to work with which became particularly effective for the soothsayer’s eerie warning, ‘beware the ides of march’, and Anthony’s spine tingling speech, rousing the people to fight against Brutus. Fearon’s performance was so thrilling I found it hard not to run up on stage myself! 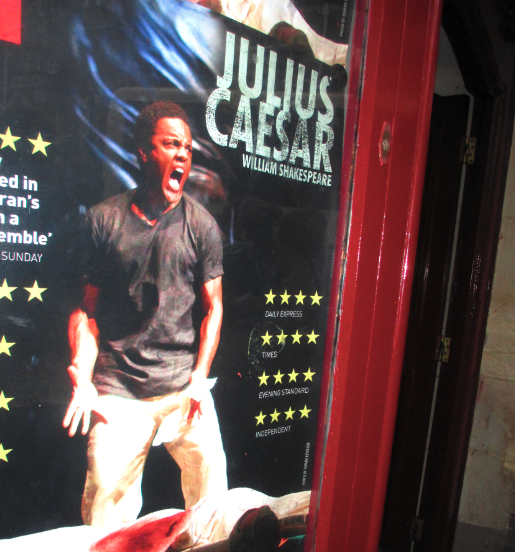 A few other actors I feel compelled to mention include Adjoa Andoh who portrayed Portia, the despairing wife of Brutus. Portia does not appear in many scenes before she is announced dead but despite not bearing witness to her death, Andoh still managed to win the audience’s sympathy. Her husband Brutus is played by Paterson Joseph and completely stole the show with his incredibly passionate performance. There was a brilliant balance of rage and comedy in a way that made his character attractive despite murdering his closest friend.

There are also some great comic moments between Brutus and his servant Lucius, played by Simon Manyonda, and so when Brutus impales himself on Lucius’ sword it is a monumentally sad moment in the play.

What is there to say except that the RSC have done a really great job in taking a Shakespearian classic and updating it to relate to the modern day world. With a feast which tickles the senses, Julius Caesar was a terrific achievement and truly captivated the emotions of the audience.