From Footlights to the front pages

Missing Cambridge? Managing to binge your way through a slightly worrying amount of film and tv? Fear not: you can combine your pining and Netflix watching habits by exploring the works of these talented folk that just so happened to study in Cam.

Feel free to check out these recommendations by yourself, over some sort of virtual watch party or, ideally, with other members of your household so that you can annoy them by shouting “They went to Cambridge,” every five seconds and remind your family of why you are the favourite child only while you’re at university. 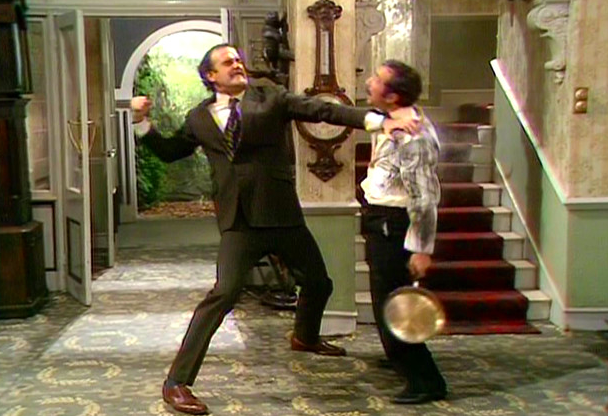 Let’s start with one of the older Cambridge graduates: John Cleese, a graduate in Law from Downing who decided to sell his soul, not to the big bad world of corporate law, but to show business instead. Rising to fame as part of the comedic group Monty Python, the creators of the cult British comedy of the same name, Cleese has enjoyed a successful career both as part of the group and outside of it. During this period of great uncertainty and instability, why not immerse yourself in the (equally unstable) world of Fawlty Towers, a comic cure in these strangest of times.

Next comes the incredibly talented, extremely funny and just all-round gem that is Emma Thompson. One of the first women to be admitted into Footlights, she took the acting world by storm right after graduating from Newnham College, landing lead roles in Sense and Sensibility, Much Ado About Nothing, and Henry V. Whether you know her as the eccentric Professor Sybill Trelawney from the Harry Potter series, or as the wronged wife in Love Actually, Emma’s works are just about as exceptional as the times that we’re living in.

Emma Thompson and Stephen Fry in a sketch from the BBC television show 'The Cambridge Footlights Revue', February 6th 1982. pic.twitter.com/RhYSwKO5Qi

Also a member of Footlights at the same time as Emma, the great Stephen Fry. It may come as no surprise that Stephen went to Cambridge, his oft unintelligible vocabulary making it equally unsurprising that he read English, graduating from Queens’ College in 1982. Having worked as an actor, playing Oscar Wilde in the film Wilde and, more recently appearing as the quiz master in the Netflix hit Sex Education (watch that if you haven’t already), Fry is perhaps more well-known for the appearances he makes as himself, most notably on the panel show QI, of which he was the host for 13 years.

Someone who is most definitely not known for appearances as himself, however, is Sacha Baron Cohen, who studied History at Christ’s, graduating in 1993. Baron Cohen’s popularity comes as a result of his creation and portrayal of a range of satirical characters, such as Ali G, Borat Sagdiyev and Brüno Gehard, who, in Baron Coehn’s works, interact with unsuspecting members of the public, making for hours of entertaining viewing. Take a look at the video above to see the time when Borat visited Cambridge and shared some of his rather questionable views on the position of women in the education system.

David Mitchell and Robert Webb at Cambridge together ❤️ warms my heart pic.twitter.com/RYuXHntKce

Last but not least, the man I like to consider as Robinson’s most *notable* alumnus (sorry Nick Clegg), the actor whose staircase I unknowingly lived in for (all?) of this year: Robert Webb. Now strap in, guys there’s a lot of comedy to get through from this one, since, as part of the comedic duo he formed with David Mitchell (former member of Peterhouse and arguably the more successful of the two) they made four series of That Mitchell and Webb Look and nine of Peep Show – more than enough to keep you distracted from the looming prospect of revision.